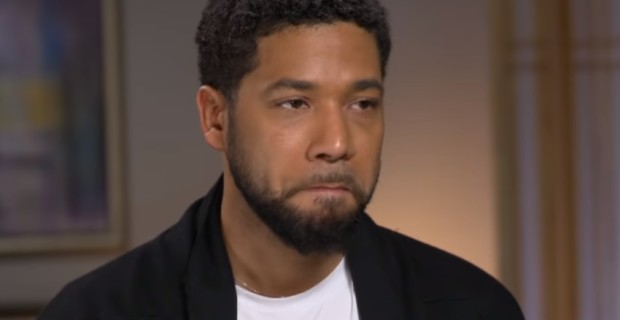 Jussie Smollett faces up to three years in prison if allegations that he staged a hate crime against himself are true, according to former prosecutor Andrew Weisberg.

Smollett launched a media firestorm at the end of last month when he claimed he was assaulted by two individuals who shouted “this is MAGA country” and had a noose placed around his neck.

Should Smollett be found guilty of filing a false police report having staged the attack himself, the Empireactor could face several years in prison.

“If it is determined that a person lied to police about a crime that was committed, they could be charged with a Class 4 Felony ‘Disorderly conduct,’” Weisberg told HollywoodLife.

“This is charged where a person reports to police that an offense took place when they knew at the time of the report that no crimes was actually committed,” he added, noting that the charge “carries a possibility of one to three years in prison,” in addition to a “fine up to $25,000.”

Federal prosecutors could also pursue a mail fraud charge against Smollett if it turns out that he had a role in creating a letter sent to the Empire studios that contained homophobic slurs and white powder that turned out to be aspirin.

Aside from jail time, the broad consensus is that Smollett’s career will be completely ruined should the allegations against him be proven accurate.

“The best thing that Jussie can do is pray and pray a lot,” said Ronn Torossian, founder of 5W Public Relations. “If he made it up, he has big problems in both the court of law and the court of public opinion.”