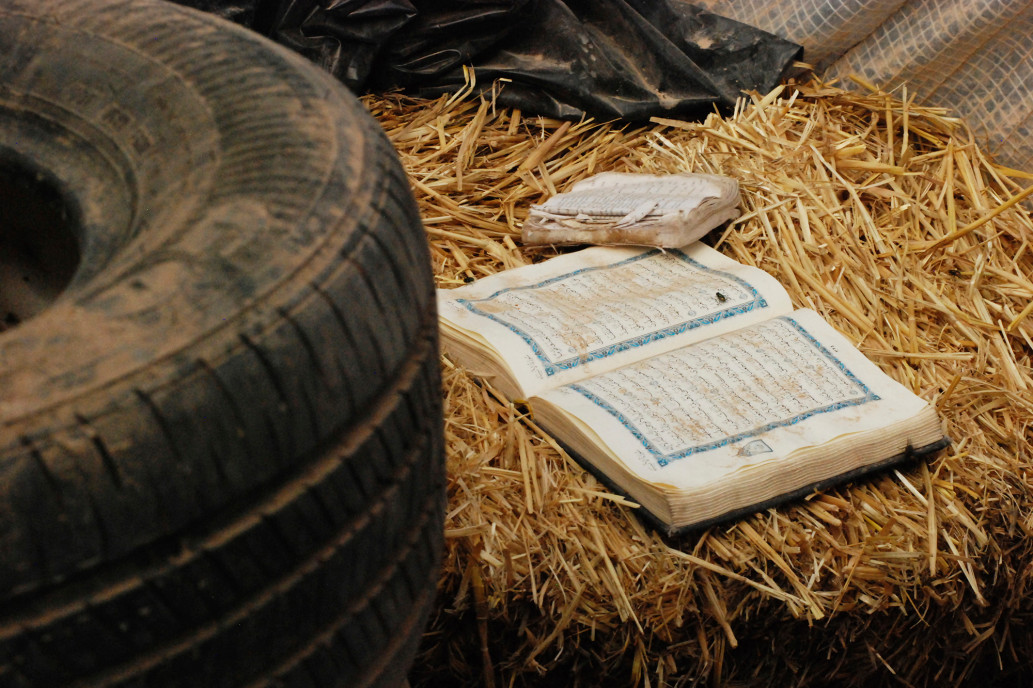 Reports have been circulating that the young 4-year old boy, Abdul-ghani Wahhaj, was kidnapped by his father in order to exorcise demons from him. However, prosecutors are now saying the boy died during an Islamic ritual to exorcize demons. Oh, the irony of those following the doctrines of demons attempting to cast them out of a little boy in the name of “Allah.”

The boy’s remains were discovered when the compound was raided last week and 11 children were rescued, and it was discovered that the Islamists were training these children to go and commit mass murder in school shootings in the united States.

A young boy whose remains were discovered buried at a New Mexico desert compound died during a ritual ceremony to “cast out demonic spirits,” other children found at the remote homestead told investigators, a prosecutor said in court on Monday.

The revelation came during a court hearing for five adults arrested on charges of abusing 11 children at the compound. Authorities raided the compound north of Taos 10 days ago.

“It was a religious ritual carried out on Abdul Ghani, a ritual intended to cast out demonic spirits from Abdul Ghani Wahhaj,” Taos County Prosecutor John Lovelace said in describing what the children said about the death of 3-year-old Abdul Ghani Wahhaj.

The boy’s grandfather, an imam at a popular mosque for Islamic jihadis in New York, confirmed last week that the remains were of his grandson. However, he would turn on the media, not the mainstream of course, but outlets like this one and declare that we somehow “hate Islam.”

Well, I admit, I do hate Islam. I hate everything it and its founder stand for. Islam is an anti-American and anti-Christians religious/political system that is totalitarian in nature. It oppressed people, including women and children. It even oppresses men.

However, you aren’t hearing much in the media about the 22 verified Islamic jihadi camps in America under the watchful eye of the FBI, are you? Or perhaps there are as many as 35! Why are these not in the mainstream? Why is President Donald Trump not addressing them?

One thing I will say is that, though the FBI stalled on getting lawful authority to enter the compound, local Sheriff Jeff Hogrefe said that he could only enter the land lawfully and anything they obtained with an unlawful search would have been deemed inadmissible. I was actually happy to hear that he was willing to follow the law, even though it resulted in finding the boy’s remains. In fact, Sheriff Hogrefe was so upset that fake news network CNN brought up that he could have violated the law and perhaps saved the boy that he blasted them for even suggesting such a thing and got up and walked out of the interview.

Good for Sheriff Hogrefe! Someone needs to put lawless CNN in their place!

For those that think demons flee in the name of Allah, there is only one name demon submit to and that is the Holy One, the Christ, the Lord Jesus (Matthew 8:29; Luke 4:34; Mark 1:24). This was a doomed mission from the beginning because the foundations were all wrong.

America better wake up to the Islamic threat brought on by our own disobedience before it is too late.