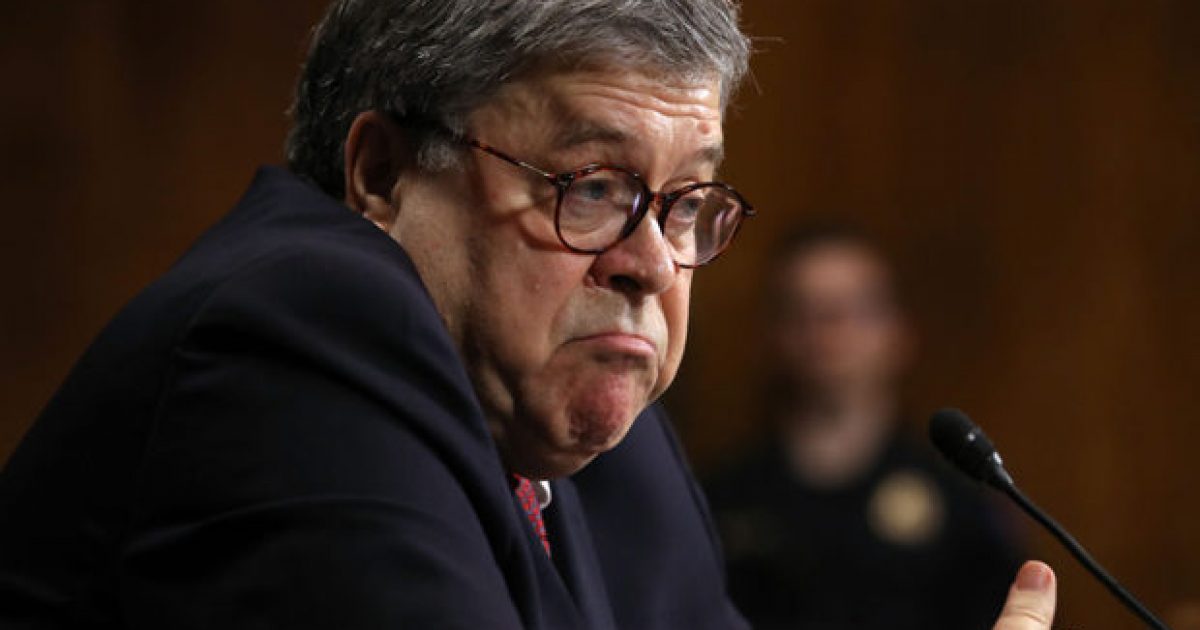 I honestly find the utter hypocrisy in Washington, DC to be incredible. While the Democratic-controlled House Judiciary Committee on Wednesday voted to hold Attorney General William Barr in contempt for his refusal to hand over an unredacted copy of the Mueller report, the same Democrats walked out on a vote to hold Barack Hussein Obama Soetoro Sobarkah’s Attorney General Eric Holder in contempt for virtually the same thing. Only in the case of Holder, people actually died… a lot of them.

It’s understandable that Congress wants the entire Mueller report. Personally, I don’t see a problem turning it over, but it might expose just how much criminal activity was conducted by federal agencies, so it will probably be sat on.

Fox News reports on the vote to hold Attorney General William Barr in contempt for not turning over the Muelle report unredacted.

The committee’s 24-16 vote on contempt for Barr was along party lines and came after hours of debate. House leaders will now decide whether to take up the contempt citation on the House floor for a final vote. If approved, the measure would be referred to the U.S. attorney for the District of Columbia — who could choose not to act. House Democrats could also pursue a lawsuit.

“We did not relish doing this, but we have no choice,” Committee Chairman Jerrold Nadler, D-N.Y., said after the vote, adding, “We’ve talked for a long time about approaching a constitutional crisis. We are now in it.”

In order to prevent the unredacted version of the Mueller report to fall into the hands of a very leaky Congress, President Trump asserted executive privilegeover the entire report and its underlying evidence on Wednesday, after Assistant Attorney General Stephen Boyd recommended the action Thursday night.

“We are disappointed that you have rejected the Department of Justice’s request to delay the vote of the Committee on the Judiciary on a contempt finding against the Attorney General this morning,” wrote Boyd. “Accordingly, this is to advise you that the President has asserted executive privilege over the entirety of the subpoenaed materials.”

“Democrats are angry the special counsel’s report did not produce the material or conclusions they expected to pave their path to impeaching the president. I feel compelled to remind everyone the report found that, despite offers to do so, no one from the Trump campaign knowingly conspired with the Russian government,” said Collins. “… They are angry our nation’s chief law enforcement officer and his deputy had the audacity to decide the evidence didn’t support charges for obstructing an investigation into something the president didn’t do.”

Interesting, isn’t it? Some of these same Democrats not only would not vote to hold criminal Attorney General Eric Holder in contempt for not supplying documents in the deadly and unlawful Fast and Furious operation, but they walked out of the vote!

In the Mueller investigation, no one that I know of died. It was purely a political witchhunt, nothing more, but Democrats can’t let that go because well, you know, WWE… they have to keep the fight going to build up support for 2020 election. Republicans will use it that way too, only in the opposite direction.

Of course, Republicans vowed to deal with Holder in the incoming Congress at the timeand he was threatened with arrest. We all see how that went, didn’t we?

While congressmen like Darrel Issa (R-CA) and Trey Gowdy (R-SC) beat their chests about going after the investigation, and they did make some pretty powerful presentations and statements, the reality is that they let Eric Holder off the hook, and just to remind people who have short memories just how redacted the documents were by the Obama Justice Department take a look at this.