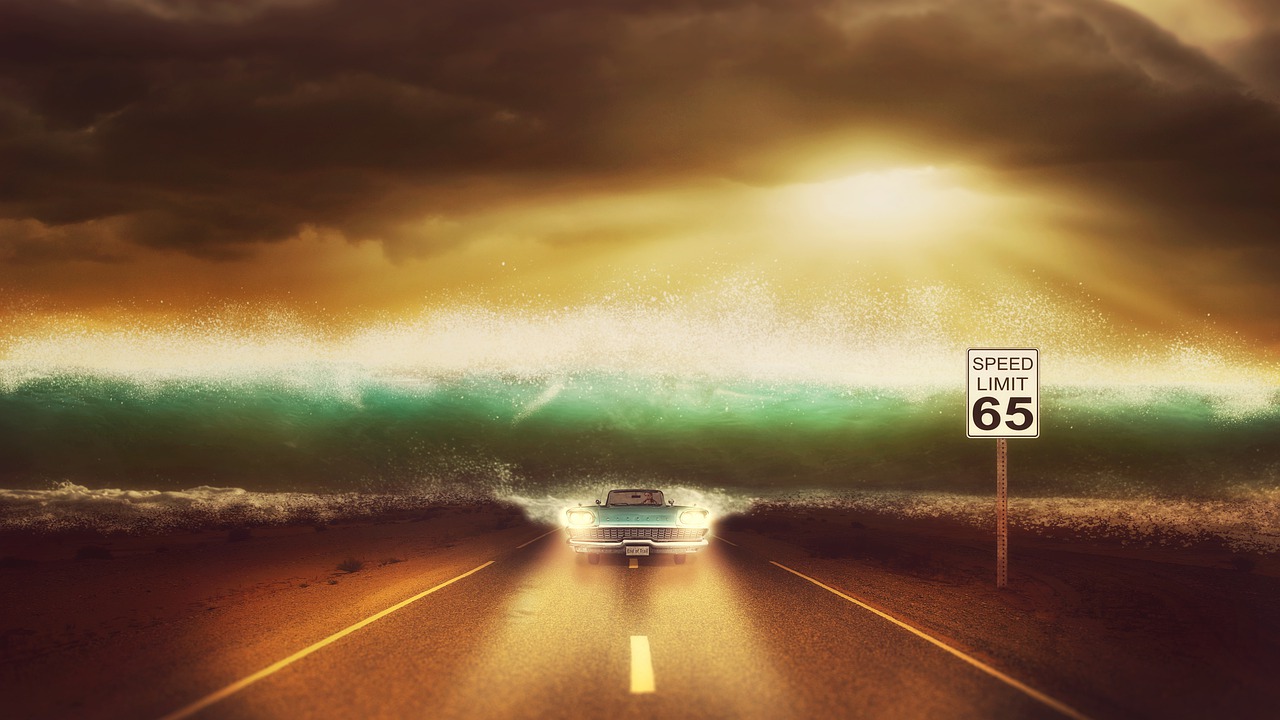 The United States and Russia are on a collision course. Unfortunately, the guys running the show in both countries are not exactly sane, and they deeply, deeply distrust one another. So what happens when a bunch of lunatics decide to play a game of chicken with the fate of the entire world at stake? Unfortunately, it appears that we are about to find out.

When Donald Trump was still in the White House, both the United States and Russia pretty much respected the status quo. But once Joe Biden took power, things changed dramatically. Over the past year, the Biden administration has provoked the Russians over and over again, and it became clear that there would be a major effort to add Ukraine to NATO.

The Biden administration assumed that they could push the Russians around without any consequences.

But instead, the Russians sent more than 100,000 troops to the border with Ukraine. It is the largest Russian military mobilization since World War II, and it is clearly meant as a threat.

The Russians are most definitely threatening to invade Ukraine, and they are assuming that this will motivate the Biden administration and other western leaders to negotiate.

But Biden and other western leaders are not blinking. They are absolutely determined not to give the Russians anything that they want, even if the requests are reasonable.

What this means is that Biden and other western leaders have decided to call Vladimir Putin’s bluff.

Okay, so what happens if Putin is not bluffing?

On Monday, we witnessed a very angry exchange between the U.S. and Russia during a UN Security Council meeting…

Russia accused the West on Monday of “whipping up tensions” over Ukraine and said the U.S. had brought “pure Nazis” to power in Kyiv as the U.N. Security Council held a stormy and bellicose debate on Moscow’s troop buildup near its southern neighbor.

U.S. Ambassador Linda Thomas-Greenfield shot back that Russia’s growing military force of more than 100,000 troops along Ukraine’s borders was “the largest mobilization” in Europe in decades, adding that there has been a spike in cyberattacks and Russian disinformation.

And then on Tuesday, Putin publicly warned that Russian security concerns are being completely ignored…

‘We are carefully analyzing the written responses received from the United States and NATO,’ Putin said Tuesday during a press conference with Hungary Prime Minister Viktor Orban.

‘But it is already clear that fundamental Russian concerns ended up being ignored,’ he lamented. ‘We did not see adequate consideration of our three key demands regarding the prevention of NATO expansion, the refusal to deploy strike facilities near Russia’s borders, and the return of the bloc’s military infrastructure in Europe to the state in 1997.’

This crisis could be over tomorrow if Biden and other western leaders agreed not to put western missiles in Ukraine and to not admit Ukraine as a member of NATO.

Just like we didn’t want Russian missiles in Cuba in the 1960s, the Russians don’t want NATO missiles in Ukraine now.

Unfortunately, Biden’s foreign policy team has decided that it simply cannot give Russia anything that it wants, and so there will be no deal.

White House Press Secretary Jen Psaki slammed Russia for trying to turn the rhetoric around and express they’re worried about a threat coming from Ukraine – especially if it were to join NATO.

‘When the fox is screaming from the top of the henhouse that he’s scared of the chickens, which is essentially what they’re doing, that fear isn’t recorded as a statement of fact,’ Psaki said during her daily briefing Tuesday.

The Biden administration is not taking the Russians seriously.

We are now closer to war with Russia than we have been since the Cuban missile crisis of the 1960s, and at this point even a small error could cause a horrifying global conflict to erupt.

With each passing day, even more Russian forces move into the border zone. For example, we just learned that two more battalions of Spetsnaz soldiers “are being moved to the Belarus-Ukraine border”…

Two battalions of crack Russian Spetsnaz soldiers are being moved to the Belarus-Ukraine border, stoking fears of an imminent invasion on the orders of President Vladimir Putin.

Those commandos will be joining 5,000 Spetsnaz troops that are already there…

They will join another another 5,000 Spetsnaz commandos already in position, according to Western military experts, who warn they could form the spearhead of a much larger force estimated at around 80,000 soldiers, including Russian and Belarus regulars.

Unlike the “woke” special forces in the United States, Spetsnaz forces are incredibly good at what they do.

Not too many that have gotten into a firefight with them have lived to tell about it.

Major war games will then be conducted from February 10 and will see Russian and Belarusian units engage in a 10-day simulation of the ‘interception and suppression of foreign military aggression and counter-terrorism operations’ in what Shoygu dubbed ‘The Allied Resolve of 2022’.

Shoygu did not specify how many troops would take part in the war games, but Thomas-Greenfield said the U.S. believes Russia will post up to 30,000 troops in Belarus by early February.

It appears that the Biden administration is dead set against any sort of a deal with the Russians, and so now Putin has a decision to make.

Will he be the sane one and back down?

Meanwhile, we are being told that Iran is just “weeks” away from having enough fissile material for a nuclear bomb…

In the long list of foreign crises between which President Biden and his administration are bouncing, Iran has not gotten as much play in recent weeks in light of the deteriorating situation in Europe between Russian forces and the people of Ukraine. But according to a senior State Department official, Iran is continuing to move along with its nuclear ambitions and is now “weeks, not months” away from having enough fissile material for a nuclear bomb.

One way or another, a war between Israel and Iran is going to begin.

And once that war erupts, the Middle East will never be the same again.

We are right on the precipice of so many military conflicts that we have been warned about for years.

If global leaders were sane, they would be working as hard as they can to try to prevent World War III from happening.

Unfortunately, sanity is in very short supply among global leaders these days, and every man, woman and child on the entire planet will suffer as a result.