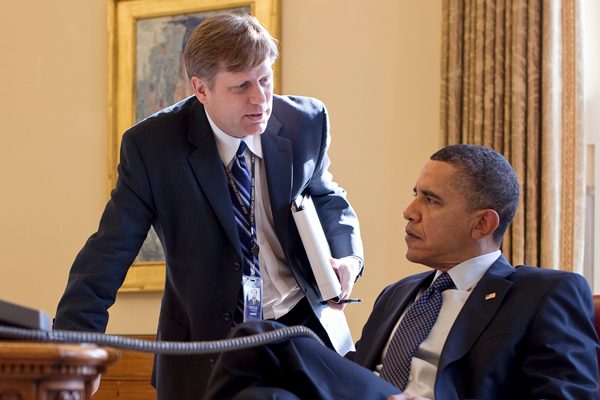 More delayed bombshells are bursting courtesy of Helsinki and more liberal heads are sure to explode as a result.

On Wednesday Sarah Huckabee-Sanders revealed that there is a request from Vladimir Putin to question Obama-era Ambassador to Moscow Michael McFaul and implied that Trump was open to the possibility.

NEW: Sanders says there was "some conversation" between Trump, Putin about possibility of Russia questioning U.S. figures, including former Amb. McFaul, "but there wasn't a commitment made…the president will work with his team and we'll let you know if there's an announcement." pic.twitter.com/UnubKsNmrr

The Hill is reporting that McFaul may be in line for questioning in the investigation of Bill Browder who Putin claims was, along with his associates, responsible for funneling $400 Million to Hillary Clinton’s 2016 campaign.

Why would McFaul be of value in the Browder investigation?

Does Putin have evidence or simply a personal vendetta with McFaul?

It appears McFaul may have done some meddling in Russian affairs while he was ambassador.

Wayne Madsen gave us some answers in April:

MS-NBC constantly features as a contributing expert on Russia the former US ambassador to Moscow, Michael McFaul. However, McFaul never mentions how he funneled CIA cash – some $6.8 million in total – via the National Endowment for Democracy (NED) and its two branches, the International Republican Institute of the Republican Party and the National Democratic Institute of the Democratic Party, to Russian opposition leaders like Aleksei Navalny. Nor does the US media mention that the CIA and State Department funneled some $5 billion into Ukraine in order to bring about a pro-US government in that country.

McFaul hosted Russian opposition party meetings at the US embassy and ignored warnings that Navalny’s coalition included several neo-Nazi nationalists, who oppose immigrants hailing from south of the Russian border. Although he has been called by some Western journalists the “Russian Erin Brokovich” (an American environmental activist), Navalny is more like the “Russian David Duke.” Duke is the former leader of the American racist group, the Ku Klux Klan.

If true then McFaul is no friend of Putin and certainly would not be against looking the other way, if not personally aiding, while a huge amount of money was funneled from Russia to the U.S.

But that is all conjecture at this point.

Michael McFaul certainly hopes not. He is seemingly in a panic already, posting this Wednesday on Twitter:

I hope the White House corrects the record and denounces in categorical terms this ridiculous request from Putin. Not doing so creates moral equivalency between a legitimacy US indictment of Russian intelligence officers and a crazy, completely fabricated story invented by Putin https://t.co/K1ZvrNwTu3

If it takes a Russian Bear to kill a swamp snake then so be it.