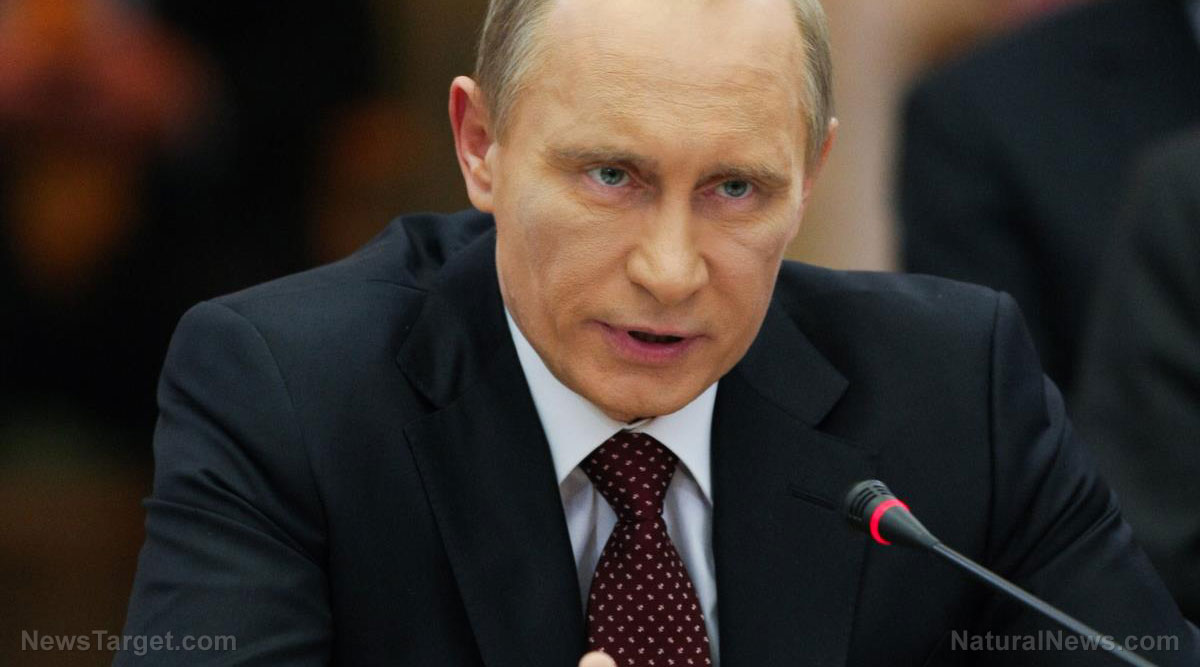 (Natural News) After surrounding Ukraine with nearly 190,000 troops for weeks on end, Russian President Vladimir Putin finally ordered them to invade, setting in motion the potential for another deadly, destructive war along Europe’s perimeter.

“BREAKING: Russia’s agreements just signed with the LPR and DPR give the right to use military infrastructure and military bases on each other’s territory, and provide for joint protection of the borders of Donbass,” said a tweet from top-rated ASB News, which reports breaking news and analysis regarding the Russian military.

The site went on to note that the agreements between two ‘separatist regions’ in Ukraine, declared ‘sovereign’ by Putin of course, is for basing Russian troops there for at least a decade.

After he ordered troops into Ukraine, Putin then declared any resistance by Ukrainian President Volodymyr Zelensky would lead to a “bloodbath.”

“And those who seized the power and keep the power in Kyiv, we demand [they] stop hostilities immediately,” Putin said Monday through a state media interpreter. “Otherwise, all the responsibility for the possible continuation of the bloodbath will be on the consciousness [conscience] of the regime that is ruling in Kyiv.”

Russian forces are now very close to Kiev, and the government of Ukraine has destroyed some of its own bridges there in an effort to slow the Russian advance.

Putin delivered the speech one day after the scheduled end of military drills that entailed the mass mobilization of Russian forces around Ukrainian borders at positions that enable them not only to move into the Donbas region but even to threaten the Ukrainian capital.

Putin portrayed the decision as “long overdue” after years of trying to pressure Ukrainian officials to agree to a political deal that would give his proxies “special status” under a revised Ukrainian constitution.

“It’s certainly a very concrete further escalatory step,” a senior European official told the outlet. “In overall trajectory, though, this has not brought about a fundamental change — the Russian military is still ready to move at any given moment.”

It should be noted that Putin did not dare try this under our real president, Donald Trump, because he knew Trump would not have allowed him to get away with it. Joe Biden, however, is a weak-minded invalid who is nothing more than a figurehead for the deep state regime that has been pining for war with Russia, no matter what they say publicly.

#Ukraine: Footage of #Russia’s military “peacekeepers” being bussed in to the Donbas across the border. This is essentially the beginning of the invasion. pic.twitter.com/7pUgkJrJzQ

Earlier Monday, Putin signed a decree that recognized the ‘independence’ of a pair of breakaway regions, the Donetsk and Lugansk People’s Republics. The official signing was used as the impetus to order the Russian Ministry of Defense to send in “peacekeepers” to Donbass, while also ordering the Ministry of Foreign Affairs to establish diplomatic relations with both breakaway regions.

Vladimir Putin, then, has redrawn the global map.

In announcing his moves, the Russian leader implied that the notion of a wider war in Ukraine “quite suits us,” going on to argue that “modern Ukraine was entirely and completely created by Russia,” a reference to Communist leader Vladimir Lenin who led the Bolshevik revolution that saw the overthrow of the Russian czar and led to the creation of the former Soviet Union (which Putin wants to recreate).

“Now, grateful descendants have demolished monuments to Lenin in Ukraine. This is what they call de-communization,” Putin noted. “Do you want de-communization? Well, this quite suits us. But you must not stop halfway. We are ready to show you what genuine de-communization means for Ukraine.”

The world is going to blow up under the hapless Biden. Hide and watch.