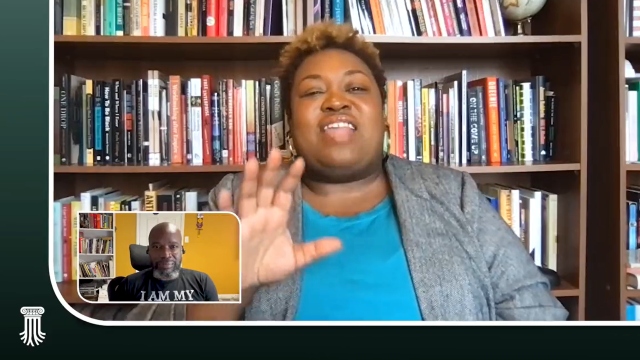 (Natural News) If the administrators of Rutgers University had a shred of integrity — and they apparently don’t — they would have already fired a black professor after she essentially called for the white race to be eliminated.

In a vile, disgusting rant on an all-black podcast, “The Root,” Prof. Brittney Cooper, who actually teaches classes in women’s and gender and Africana studies (why anyone would want to pay for useless classes like that is another topic altogether), said that white people are historically “committed to being villains” and that her solution for rectifying that false claim as well as addressing alleged white supremacy is to “take them out.”

Rutgers professor says that "white people are committed to being villains" and falsely claims that Africans arrived in North America before white Europeans.

"Whiteness is going to have an end date," she warns. "We gotta take these muthafuckers out."pic.twitter.com/263DDPRTwl

“I think that white people are committed to being villains in the aggregate,” she said during a discussion panel — getting away with a remark that, had a white professor said it about blacks, he or she would have been terminated before the end of the podcast.

Continuing, she claimed that whites do not want to transfer any power or control over society to persons of color “because they are so corrupt” — obviously remaining oblivious to the fact that many big cities are run by black mayors, city council members, and are elected members of state legislatures and Congress.

“You know, their thinking is so murky and spiritually bankrupt about power that they … they fear this really existentially letting go of power because they cannot imagine another way to be,” she droned on, going on to say that she sees no “sufficient” current solution to dealing with alleged white supremacy.

She then launched a vile threat at all whites: “The thing I want to say to you is we got to take these motherf–kers out,” she said, though she quickly qualified that with the unbelievable claim that she “doesn’t believe in a project of violence.”

“I truly don’t because I think in the end that our souls suffer from that and I do think that some of this is a spiritual condition,” Cooper said again, incredulously.

Speaking about white supremacy, the ‘professor’ also added that she “fundamentally believes that things that have a beginning have an ending.”

“All things that begin in white folks are not infinite and eternal, right? They ain’t gonna go on for infinity and infinity. And that’s super important to remember,” she said, noting that already whites are “losing” due to falling birth rates, shifting demographics, and the rising cost of living (thanks to the party she votes for – Democrats).

“White people’s birth rates are going down … because they literally cannot afford to put their children, newer generations, into the middle class … It’s super perverse, and also, they kind of deserve it,” she said.

Cooper went on to say that only in the future will there be an end to the culture wars, a huge assumption that means everyone in the future will have hive mind and all think the same (which will never happen, at least not voluntarily).

Let’s be clear: Critical race theory, in and of itself, is grotesquely racist because it teaches that everything about our country is bad and wrong since whites founded the nation. But again, that’s not completely true, either; blacks, Native Americans, and Hispanics, especially, have all played a role in our founding to some degree. And let’s be clear: It is her side of the political aisle (the left) that is trying to wipe out influences of other cultures (like forcing the removal of the Native American girl from the Land-O-Lakes packaging and changing sports team names like the Cleveland Indians and the Washington Redskins).

People like Cooper are worse than vile hypocrites: They are cultural cancer.