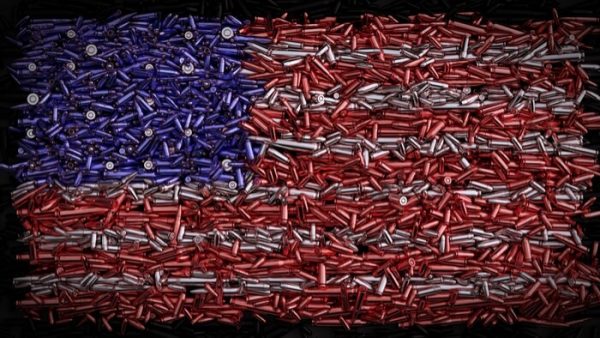 Remember, anyone advocating for gun control is simply trying to disarm white America.

With this in mind, let’s realize what the Center for American Progress has inadvertently accomplished with their latest report on gun homicides in the USA: the greatest predictor for gun violence in a state is the percentage of blacks living in the state.

The more blacks living in the state, the greater the number of firearm homicides. [Gun Violence in America: A State-by-State Analysis, American Progress, November 20, 2019]: Obviously, this conclusion was not something the researchers at the Center for American Progress hoped to uncover nor would they ever dare report what they’ve clearly discovered when it comes to gun violence and who/who is perpetrating it across the USA.

Iowa, Idaho, South Dakota, North Dakota, Maine, Vermont, New Hampshire, and Hawaii (three percent black) have the lowest gun homicide rates per 100,000 people… what do those states have in common? Not too many black residents.

Just a bunch of white people (outside the outlier of Hawaii), who don’t shoot one another with their firearms.

Poverty exists in these states, but gun violence is extremely rare.

States with highest gun homicide rates per 100,000 people? Louisiana, Mississippi, Missouri (where almost all gun violence is committed by blacks), Alabama, Maryland, and South Carolina… what do those states have a lot of?

Again, until we can be honest about who/whom is committing the bulk of gun violence in America (cough: blacks), we can’t have a true conversation about gun control in the USA.