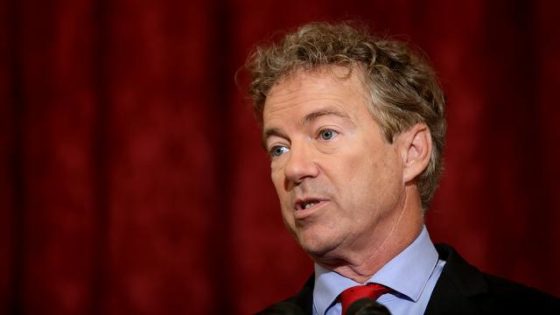 Most Americans have heard by now that the inquiry of special investigator Robert Mueller into the Trump campaign’s ties with Russia during the 2016 presidential election was a giant failure. While leftists and the media lost their collective minds thanks to a narrative they invented, Rand Paul suggested Obama officials should take a turn in the hot seat.

Senator Rand Paul has called on the Justice Department to investigate the Obama aides who forced the false claims into the minds of the public using propaganda and brainwashing tactics. According to The Washington Examiner, Paul used Twitter to call for an investigation of those responsible to the “Russian conspiracy hoax” perpetrated on the American people.

Time to investigate the Obama officials who concocted and spread the Russian conspiracy hoax!

Others have called for a probe into Hillary Clinton’s campaign and Barack Obama’s administration for alleged attempts to spy on president Donald Trump during the 2016 election. Trump campaign pollster John McLaughlin believes it is past time to get it started too. “I’m very concerned that it’s becoming more clear that the Obama administration was able to obtain a FISA warrant to spy on our campaign based on phony opposition research from the Clinton campaign. Having federal law enforcement spy on a presidential campaign based on phony campaign research is really distressing and the true untold story,” he said.

“In retrospect, we now know this is one of the worst transitions in American history,” former Bush White House Press Secretary Ari Fleischer told The Washington Times. “On the surface, they played nicely and said nice things. But below the surface, it is clear several people in the Obama administration were doing everything they could to leave time bombs behind that would detonate all around Donald Trump and his administration.”

The bigger picture is that had this gone sourer than it already has, the Obama administration could have ignited a war with Russia.

Before the tears of the saddened liberals dried after Donald Trump beat Hillary Clinton to become the 45th president, Obama was at it with his “pen and phone,” determined to destroy any chance Trump had at being a success. Obama, who was upset that Hillary Clinton would watch Donald Trump inaugurated as president, decided to shift blame to Russia. He authorized a covert cyber operation to deploy “implants” in Russian networks that could be triggered remotely in retaliation to any future cyber aggression by Moscow, TheWashington Post reported Friday.

The implants, developed by the NSA, are designed to hit Russian networks deemed “important to the adversary and that would cause them pain and discomfort if they were disrupted,” a former U.S. official told The Washington Post. Note the use of the word “adversary,” almost as if Obama’s goal was to begin a war with Russia. And to make matters worse, “U.S. intelligence agencies do not need further approval from (President) Trump, and officials said that he would have to issue a countermanding order to stop it,” the Post reported. “The officials said that they have seen no indication that Trump has done so.” –SHTFPlan, June 2017

This conspiracy likely goes much deeper than anyone will ever be allowed to know.