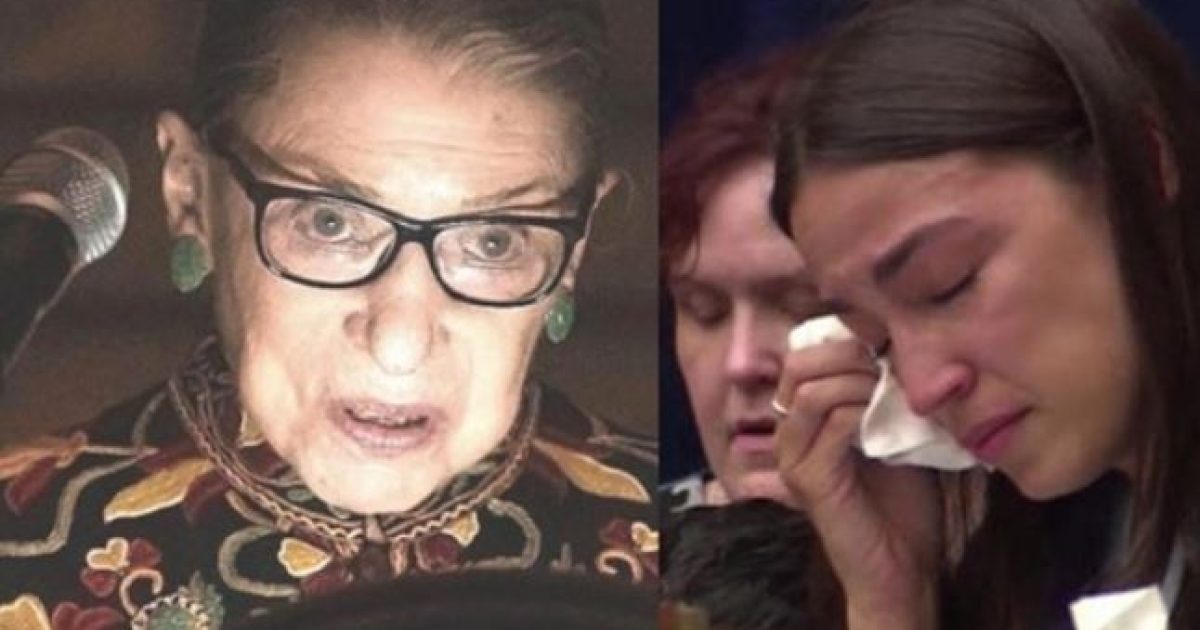 It was reported by the Chicago Sun-Times that the ‘far-left’ Justice stated on Monday while giving a speech at the University of Chicago, “It’s largely a dream because our Constitution is … hard to amend. I know that from experience.”

The 86-year-old has voiced her support to move to a popular vote in the past.

“There are some things I would like to change. One is the Electoral College,” the longtime Justice said back in 2017, as reported by The Hill. “But that would require a constitutional amendment, and amending our Constitution is powerfully hard to do.”

Democrats have become more and more triggered by the Electoral College, first when Bush won the College, but lost the popular vote to Gore in 2000, however, ever since Donald Trump took the 2016 presidential election against Hillary Clinton the EC has been the source of much of the left’s anger. There have only been 5 instance in the history of our Republic where the President elected had not won the popular vote according to Thoughtco.com. The Electoral College is a check which was added to the constitution to appease smaller states and ensure their input in electing the President was not drowned out by states with huge cities.

Democratic New York Representative Alexandria Ocasio-Cortez has claimed that the system is a “scam,” and that the majority of Democratic presidential candidates have an open mind when it comes to nixing it, The Washington Times explains.

Republican Representative Dan Crenshaw of Texas wrote in an August tweet that the Electoral College keeps our republic representative..

“We live in a republic, which means 51% of the population doesn’t get to boss around the other 49%,” he tweeted.

Abolishing the electoral college means that politicians will only campaign in (and listen to) urban areas. That is not a representative democracy.

We live in a republic, which means 51% of the population doesn’t get to boss around the other 49%. https://t.co/eZilBsVhyP

According to Fox News, “Conservative columnist George Will and former U.S. Rep. Raul Labrador, R-Idaho, have said the Electoral College encourages candidates to campaign nationally and helps give representation to smaller states.”

An August report from the Hill goes into depth about AOC’s call to nix the Electoral College:

Ocasio-Cortez made her argument on Monday in an Instagram story that includes her driving along a deserted highway and quipping, “many votes here, as you can see.”

“Very efficient way to choose leadership of the country. I mean I can’t think of any other way, can you?” Ocasio-Cortez says, before going on to cite a report from New York Magazine that argues the defenses of the system that determines the winner of presidential elections are flawed.

The freshman lawmaker said the Electoral College is a “scam” that has a “racial injustice breakdown” undermining the votes of people of color.

“Due to severe racial disparities in certain states, the Electoral College effectively weighs white voters over voters of color, as apposed to a ‘one person, one vote’ system where all our votes are counted equally,” she says, before pushing back against the argument that eliminating the Electoral College would give big states too much power.

“Could you image if we had this kind democracy-altering ‘fairness’ provision for literally any other group?” she asks. “If we weighed, for example, black and indigenous voters more because of unfairness?”

Ocasio-Cortez later asserts that plenty of Republicans live in Democratic-leaning states, saying that their votes would count equally in a popular vote.

“Facts are facts America,” Ocasio-Cortez concludes. “The Electoral College has to go.”

So here is where I give you my take … If we abolish the Electoral College can you imagine the disincentive the Democrats would face when it came to enforcing immigration laws? Migrants tend to vote Democrat and, in my opinion, are wooed by the Democrat’s promises of “free stuff.’

My vote down here in rural America would mean nothing compared to the Democratic strongholds of NYC, LA and Gangland … err Chicago. Luckily the Founders foresaw this problem of states with large population trying to control the nation and ride roughshod over the rural state. This is why they required any changes to the Constitution to come along with a super majority of support.

To make a long story short, if we lose the Electoral College, we lose the Republic and any hope of our children growing up in a free society. But hey, that’s just, like, my opinion, man.