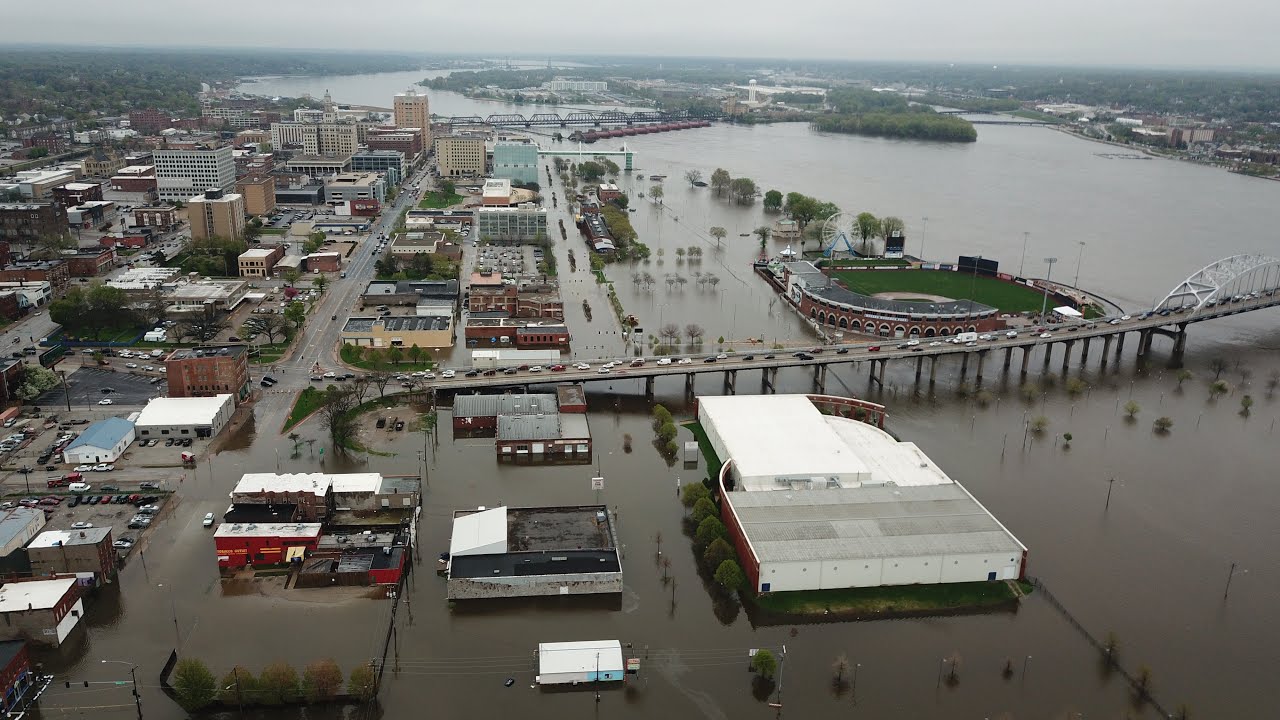 Thousands of farmers in the Midwest have been waiting for a very long time for floodwaters to recede so that they can finally plant some crops, but instead more rain just keeps on coming. As you will see below, it is being reported that the Mississippi River has now been at major flood stage for 41 days in a row, and a lot more rain is coming this week. Meteorologists are warning us that major flooding may extend into June, and that means that many farmers will not be able to plant crops at all this year. Unfortunately, as global weather patterns continue to shift many believe that what we are witnessing this year may become the “new normal” along the Mississippi River.

In response to my previous articles about the devastating flooding in the heartland, a few skeptics have tried to downplay the seriousness of the situation by claiming that at least the flooding along the Mississippi is not as bad as it was in 1993.

Well, that is no longer true in many areas. The following comes from USA Today…

The Mississippi River crested at higher levels than it ever had in the past. That was at 22.7 feet in Davenport, Iowa, on Thursday, a record that hadn’t been matched since records began to be kept in 1862, said Loveland. That is almost eight feet above flood stage.

And according to NPR, the Mississippi has now been at major flood stage for 41 days in a row…

The Mississippi River has been at major flood stage for 41 days and counting, and this week a temporary wall failed, sending water rushing into several blocks of downtown Davenport, Iowa.

I know that many Americans that live on the east and west coasts don’t really care about what goes on in the middle of the country, but this is a truly historic disaster.

At this point the flooding is so bad that authorities have actually decided to close the Mississippi River to all vessel traffic at St. Louis…

As of Friday afternoon, the Mississippi River was closed to all vessel traffic at St. Louis. The U.S. Coast Guard shut down the river for a five-mile stretch, citing not only the extremely high water but also the swift current.

The river is already more than 8 feet above flood stage at St. Louis and expected to rise another 4 feet by Monday.

Closure of river traffic at one of the largest cities on the Mississippi is a huge blow for commerce since many goods are shipped on barges up and down the river.

This is yet another huge blow to a U.S. economy that is rapidly going in the wrong direction.

The already-drenched residents of the middle part of the country are advised to keep their rain gear handy. Showers, thunderstorms and flooding will be a fact of life again for much of this week.

A cold front moving in from the north through the Plains and Midwest will clash with moisture from the Gulf of Mexico, leading to persistent precipitation over large swaths that are already saturated by runoff from the unusually heavy snow in the winter, forecasters said Sunday.

Of course the Midwest definitely doesn’t need any more rain. At this point, Iowa has already received more precipitation during the last 12 months than any other “recorded period in 124 years of data”…

The upper Mississippi was inundated with massive amounts of rain earlier this week, exacerbating the already high river level. “The state of Iowa has received more precipitation in the last 12 months than any recorded period in 124 years of data,” Bob Gallagher, the mayor of the upriver town of Bettendorf, told reporters Friday. “When you get as much rain as we have this year there’s just no way to avoid this situation.”

We are being told that major flooding along the Mississippi River will last into June, and it could potentially go even longer than that.

Billions upon billions of dollars worth of damage has already been done, and the total is going up with each passing day.

Millions of acres of farmland along the major rivers in the middle of the country will not be usable at all this year, and that means that crop production will be well below initial projections.

Food prices are already at painful levels, and family budgets are going to get squeezed tighter and tighter as food prices move up aggressively in the months ahead. And for those living right on the edge, some very tough choices are going to have to be made. The following comes from U.S. News & World Report…

According to the U.S. Department of Agriculture, some 40 million people in the U.S. were food-insecure in 2017, meaning they lacked consistent access to enough food for an active and healthy life.

The truth is that the U.S. is far more vulnerable to a “food shock” than most people would dare to imagine. And as our planet continues to become more unstable, our vulnerability is only going to increase.

The food that we eat does not magically appear on our plates somehow. People have to work extremely hard to produce it for us, and right now the heartland of our nation is being absolutely devastated by record setting flooding.

For now, many Americans don’t seem to appreciate the seriousness of this crisis, but as food prices continue to escalate there will definitely be plenty of complaining in the months ahead.