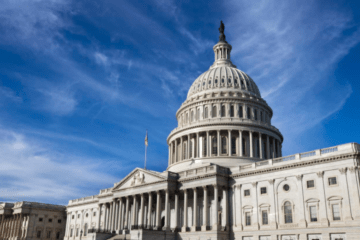 Inflation was an unwelcome guest at this year’s Thanksgiving gatherings. According to the Farm Bureau, a traditional Thanksgiving meal cost 14 percent more in 2021 than the same meal cost in 2020. Many families went without certain Thanksgiving favorites — or limited their guests — to reduce costs in hopes of saving Christmas from the Grinches at the Federal Reserve. Sadly, these efforts will not guaranty that children’s Christmas wish lists will be fulfilled because the government-caused supply shortages have even impacted Santa’s workshop.

Since the Progressive Era, many Americans have looked to the government for economic security. The result has been a welfare state that undermines private charities, families, local communities, and the free market. Development of entitlement mentality has contributed to the moral crisis facing the country.

Parents who expected the government to provide their children with a quality education are discovering that government schools are more interested in indoctrinating children in Cultural Marxism. The expectation that the government ensures everyone has healthcare has resulted in bankrupt entitlement programs that are major drivers of the nation’s fiscal crisis. It has also led to Obamacare, which has made it more difficult for many Americans to afford quality health care.

There may be no better symbol of the folly of looking to government to provide security than the Transportation Security Administration (TSA). For twenty years, this agency has subjected Americans to incredible violations of their privacy and property rights as well as their basic human dignity. Yet federally funded tests of the TSA have found TSA screenings are ineffective at stopping would-be terrorists! It is not just the TSA. The entire unconstitutional surveillance machine created after 9-11 has done nothing to increase our safety but has done much to decrease our liberty.

The trillions spent on foreign wars make Americans less safe by increasing resentment of American foreign policy. Our foreign policy that enriches the military-industrial complex and its paid propagandists is another major factor contributing to a massive fiscal crisis.

A major expectation that people need to reject is that the Federal Reserve can produce stable prices and full employment. For fifty years, America has had a pure fiat currency. The result has been a steady erosion of the dollar’s purchasing power, an increase in economic inequality, a boom-bubble-bust business cycle, and a steady growth of government fueled by the Fed’s monetization of debt. Despite the Federal Reserve’s record of failure, Congress refuses to pass the Audit the Fed legislation that would allow the American people to learn the full truth about American monetary policy.

In contrast to the welfare-warfare-regulatory state, a free society will exceed the people’s expectations. A free market, featuring a currency chosen by the people, not the government, can meet all people’s demands for quality goods and services. Private charities could effectively and compassionately take care of those needing help without creating an entitlement mentality. Schools would view parents as customers and so would not use the classroom as a vehicle to undermine the parents’ values. We can always expect authoritarianism and poverty from big government and peace and prosperity from liberty.