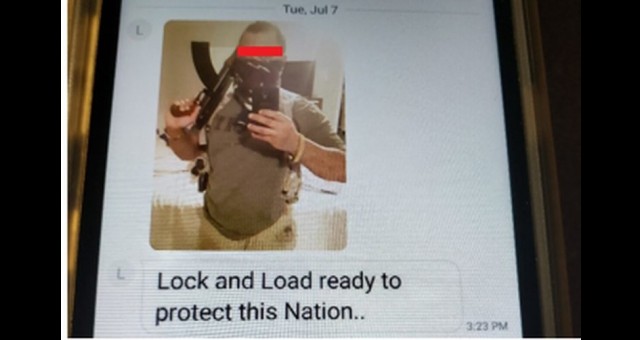 A man who allegedly threatened to commit a church shooting in Lubbock has been charged with a firearm offense following an investigation led by FBI Dallas’ Lubbock Resident Agency with support from ATF and HSI, announced U.S. Attorney Erin Nealy Cox.

Hieu Tran Trung, a 45-year-old North Vietnamese refugee living in Lubbock, has been charged via criminal complaint with being a felon in possession of a firearm. He made his initial appearance before U.S. Magistrate Judge D. Gordon Bryant, Jr., Monday afternoon.

According the complaint affidavit, a friend reached out to the FBI after Mr. Trung allegedly stated that he would “spray up” random people at his church.

Mr. Trung – who was barred from possessing firearms due to a 1998 conviction for assault on a public servant – allegedly asked the friend to “get me one of them straps,” a slang term for firearms. The friend refused.

Mr. Trung allegedly told the friend he felt people weren’t taking him seriously, and mentioned that he could easily kill someone and skip town. In late July, he vowed he would “show who he can be.”

A subsequent search of Mr. Trung’s residence revealed a 9 mm semiautomatic pistol stashed inside a briefcase. The gun was loaded, with one round in the chamber, nine rounds in the magazine, and two additional loaded magazines in a shoulder holster.

“I’m grateful to the citizen who reported his friend’s concerning behavior to federal authorities. His courage in speaking out may well have saved lives,” said U.S. Attorney Nealy Cox. “It’s critical that we act quickly when we get information like this and I commend our law enforcement partners who immediately intervened before the defendant could inflict real harm.”

“The defendant knew he was prohibited from possessing firearms, but still went out of his way to illegally obtain them. He also threatened to use these illegal firearms against his perceived enemies. As a result, we moved quickly to prevent a violent crime,” said FBI Dallas Special Agent in Charge Matthew DeSarno. “The FBI and our law enforcement partners are committed to detecting and assessing possible threats as they arise. We work hard to protect our communities from violent individuals and encourage the public to report any suspicious activity that poses a threat to public safety.”

A criminal complaint is merely an allegation of criminal conduct, not evidence. Like all defendants, Mr. Trung is presumed innocent unless and until proven guilty in a court of law.

If convicted, he faces up to 10 years in federal prison.