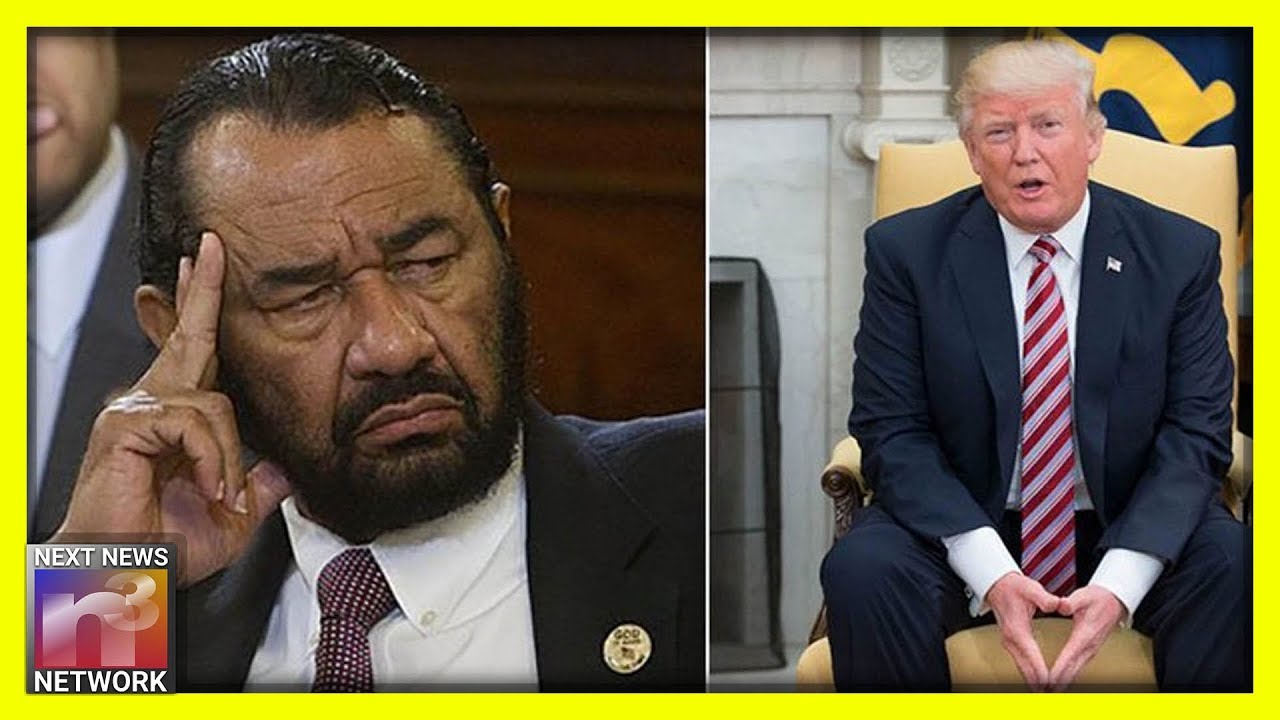 Rep. Al Green (D-TX) said in an interview early this morning, that said he hopes House Democrats will be able to impeach President Trump on a wide variety of issues because there is no limit to how many times they can impeach a president.

Green has previously forced three procedural votes on his articles of impeachment, accusing President Trump of inciting racial tensions: twice while Republicans controlled the House in 2017 and 2018, and most recently in July. All three efforts were unsuccessful. He also told MSNBC back in early May that he was “concerned if we don’t impeach this president, he will get re-elected.”

“My hope is that we will expand this and take up additional issues. But I would also say this for your viewers for education purposes, a president can be impeached more than once. So we can do this. We can move forward with what we have on the table currently. We can take this before the Senate and we can still investigate other issues and when the president has committed additional offenses, and my suspicion is that he will, we can take those before the Senate,” Green told CSPAN on Thursday.

“There is no limit on the number on the times the Senate can vote to convict or not a president. No limit to the number of times a House can vote to impeach or not a president. So my belief is that the Speaker will probably say we are going to move forward with what we have now, but we are not going to end investigations and that there may be possible opportunities to do other things at a later time.”

There has been a debate among House Democrats if they should include other items outside of Trump’s phone call with Ukrainian President Volodymyr Zelensky in their articles for impeachment.

Green defended the time and political consumption of impeachment, saying the House of Representatives can pass other bills.

“Now the Senate is not engaged in the impeachment process currently but the Senate is blocking all of this legislation that we’ve sent,” he said.

On Wednesday, Green blasted the House Judiciary Committee for not including any people of color on its panel of constitutional scholars serving as witnesses.

“It hurts my heart, Mr. Speaker, to see the Judiciary Committee hearing experts on the topic of impeachment, one of the seminal issues of this Congress. Hearing experts, Mr. Speaker, and not one person of color among the experts,” Green said during a speech on the floor.

“What subliminal message are we sending to the world when we have experts but not one person of color? Are we saying that there are no people of color who are experts on this topic of impeachment?” Green asked.