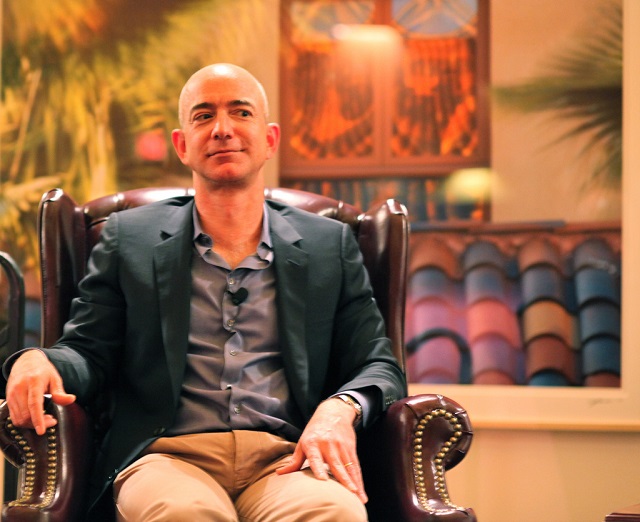 From VICE, “Ghislaine Maxwell Was a Guest at Jeff Bezos’s Secret Book Retreat”:

Every fall, the elite of the literary world and Hollywood convene at a highly secretive writer’s retreat hosted by Amazon CEO Jeff Bezos, and no one talks about it.

[…] Now, Motherboard has learned that one of Campfire 2018’s attendees was Ghislaine Maxwell, the British socialite who is alleged to have been instrumental in grooming young women into convicted pedophile Jeffrey Epstein’s sex-trafficking ring. […]

Two Campfire 2018 attendees independently confirmed to Motherboard that Maxwell attended the exclusive retreat that year. One of the sources maintained that Maxwell had attended three Campfires including 2018, but that Maxwell was not an attendee at Campfire 2019 held in early October. Campfire 2018 took place shortly before a Miami Herald investigation resurfaced Epstein’s crimes and Maxwell’s alleged links to them, which eventually led to new charges against Epstein.

[…] Maxwell was accompanied by tech entrepreneur Scott Borgerson (who recently denied reports that the two were romantically linked), sources said.

Bezos got divorced from his wife earlier this year allegedly due to his philandering.

There’s no question he would be a top target for the Epstein network to try and compromise.

Earlier this year, Bezos publicly accused the very shady publisher of the National Enquirer, David Pecker, of “blackmail and extortion” for threatening to publish lewd selfies of Bezos and his alleged mistress Lauren Sanchez.

Bezos noted how Pecker was running propaganda to boost Saudi Arabia’s image and seemed to suggest the Saudis wanted to take him down due to the Washington Post’s reporting on the Saudis’ alleged murder of Jamal Khashoggi.