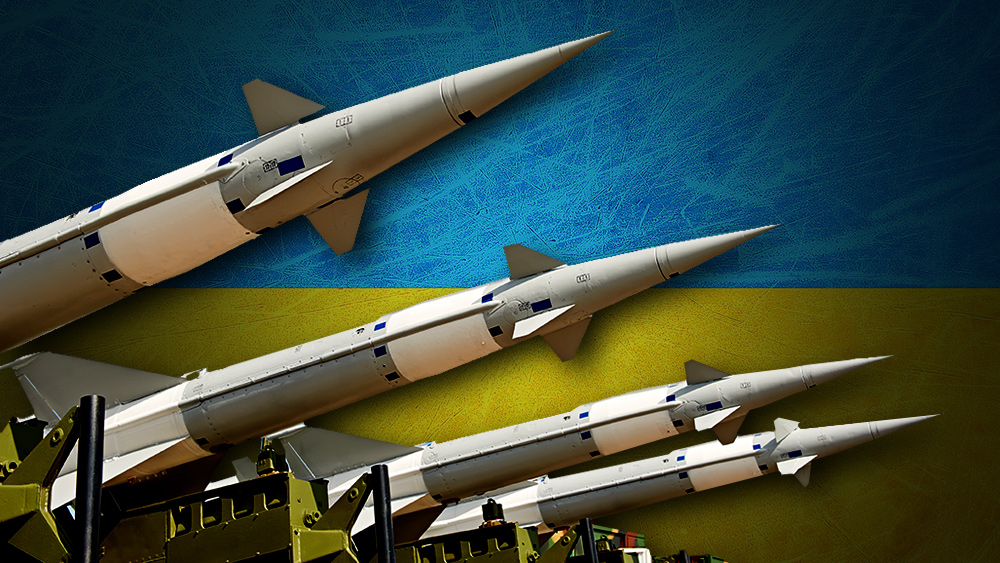 (Natural News) The United States’ stockpiles of weapons and ammunition have become “dangerously low” thanks to months of supplying arms to the Ukrainian military for its defense against Russia, a report issued by analysts from the Bank of America warns. According to experts, military stockpiles have not been this low for decades.

Although the U.S. has vowed to keep Americans off the ground in the conflict, they have been supplying Ukraine with a significant number of weapons. Since Russia invaded Ukraine in February, the U.S. has pledged $16.2 billion in support, and $8.4 billion in military equipment has already been sent to the country from American weapons stockpiles through a power called presidential drawdown.

Under a presidential drawdown, military assistance can be provided to an area that is experiencing a “crisis,” and in this case, it has had the effect of dramatically reducing America’s stockpiles of weapons.

In explaining the presidential drawdown authority, the government’s website states: “It allows for the speedy delivery of defense articles and services from Department of Defense stocks to foreign countries and international organizations to respond to unforeseen emergencies. Such assistance can begin arriving within days—or even hours—of approval.”

As a result of President Biden exercising this power, experts say that our current stock of certain types of critical weapon ammunition have reached a level that would pose problems under wartime conditions.

This is particularly concerning in light of the many threats America is facing throughout the world at the moment. One big area of concern is the growing global dominance of China, whose expanding military and scientific advancements have emboldened the Chinese government to continue its aggressive behavior. For example, China recently launched high-powered missiles near Taiwan shortly after U.S. House Speaker Nancy Pelosi left the country.

Meanwhile, Russia continues to be a threat to the United States, with a long history of tension that could be poised to grow as America continues to provide support to Ukraine.

There is still an ongoing threat from the Middle East as well, with groups like al Qaeda still looking to harm the U.S.

US supplying Ukraine with a vast array of weapons and ammunition

Among the weapons being sent to Ukraine are high-mobility artillery rocket systems, or HIMARS. These deadly and highly accurate systems are capable of traveling great distances, and the U.S. has given Ukraine 34 of them so far.

In addition, the U.S. has sent 126 155mm Howitzers with as many as 807,000 rounds of artillery, more than 50 counter-artillery radars, and more than 700 switchblade tactical unmanned aerial systems.

This week, the Defense Department announced the 22nd round of presidential drawdown authority would include a further $625 million in security assistance for Ukraine after Russian President Vladimir Putin signed “accession treaties” that illegally claimed some Ukrainian territories as part of Russia.

Laura Cooper, the U.S. Deputy Assistant Secretary of Defense for Russian, Ukrainian and Eurasian affairs said:
“The United States will continue to provide Ukraine with the weapons and equipment to meet its urgent needs on the battlefield, while also building Ukraine’s enduring strength to defend its sovereignty over the long term.”

She added: “The United States will continue to consult closely with Ukraine to meet its evolving battlefield requirements, in coordination with our allies and partners, to provide Ukraine with the capabilities it needs.”

Unfortunately, this ongoing assistance may come at the expense of America’s ability to defend itself against its enemies.