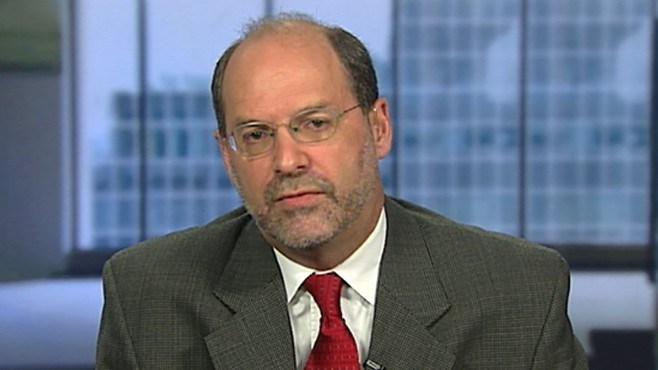 A journalist with NBC has resigned from the network with a statement which highlights the immense resistance that ostensibly liberal mass media outlets have to antiwar narratives, skepticism of US military agendas, and any movement in the opposite direction of endless military expansionism.

“January 4 is my last day at NBC News and I’d like to say goodbye to my friends, hopefully not for good,” begins an email titled ‘My goodbye letter to NBC’ sent to various contacts by William M Arkin, an award-winning journalist who has been associated with the network for 30 years.

“This isn’t the first time I’ve left NBC, but this time the parting is more bittersweet, the world and the state of journalism in tandem crisis,” the email continues. “My expertise, though seeming to be all the more central to the challenges and dangers we face, also seems to be less valued at the moment. And I find myself completely out of synch with the network, being neither a day-to-day reporter nor interested in the Trump circus.”

The lengthy email covers details about Arkin’s relationship with NBC and its staff, his opinions about the mainstream media’s refusal to adequately scrutinize and criticize the US war machine’s spectacular failures in the Middle East, how he “argued endlessly with MSNBC about all things national security for years”, the fact that his position as a civilian military analyst was unusual and “peculiar” in a media environment where that role is normally dominated by “THE GENERALS and former government officials,” and how he was “one of the few to report that there weren’t any WMD in Iraq” and remembers “fondly presenting that conclusion to an incredulous NBC editorial board.”

“A scholar at heart, I also found myself an often lone voice that was anti-nuclear and even anti-military, anti-military for me meaning opinionated but also highly knowledgeable, somewhat akin to a movie critic, loving my subject but also not shy about making judgements regarding the flops and the losers,” he writes.

Arkin makes clear that NBC is in no way the sole mass media offender in its refusal to question or criticize the normalization of endless warfare, but that he feels increasingly “out of sync” and “out of step” with the network’s unhesitating advancement of military interventionist narratives. He writes about how Robert Windrem, NBC News’ chief investigative producer, convinced him to join a new investigative unit in the early days of the 2016 presidential race. Arkin writes the following about his experience with the unit:

“I thought that the mission was to break through the machine of perpetual war acceptance and conventional wisdom to challenge Hillary Clinton’s hawkishness. It was also an interesting moment at NBC because everyone was looking over their shoulder at Vice and other upstarts creeping up on the mainstream. But then Trump got elected and Investigations got sucked into the tweeting vortex, increasingly lost in a directionless adrenaline rush, the national security and political version of leading the broadcast with every snow storm. And I would assert that in many ways NBC just began emulating the national security state itself – busy and profitable. No wars won but the ball is kept in play.

“I’d argue that under Trump, the national security establishment not only hasn’t missed a beat but indeed has gained dangerous strength. Now it is ever more autonomous and practically impervious to criticism. I’d also argue, ever so gingerly, that NBC has become somewhat lost in its own verve, proxies of boring moderation and conventional wisdom, defender of the government against Trump, cheerleader for open and subtle threat mongering, in love with procedure and protocol over all else (including results). I accept that there’s a lot to report here, but I’m more worried about how much we are missing. Hence my desire to take a step back and think why so little changes with regard to America’s wars.”

Arkin is no fan of Trump, calling him “an ignorant and incompetent impostor,” but describes his shock at NBC’s reflexive opposition to the president’s “bumbling intuitions” to get along with Russia, to denuclearize North Korea, to get out of the Middle East, and his questioning of the US military’s involvement in Africa.

“I’m alarmed at how quick NBC is to mechanically argue the contrary, to be in favor of policies that just spell more conflict and more war. Really? We shouldn’t get out Syria? We shouldn’t go for the bold move of denuclearizing the Korean peninsula? Even on Russia, though we should be concerned about the brittleness of our democracy that it is so vulnerable to manipulation, do we really yearn for the Cold War? And don’t even get me started with the FBI: What? We now lionize this historically destructive institution?”

“There’s a saying about consultants, that organizations hire them to hear exactly what they want to hear,” Arkin writes in the conclusion of his statement. ” I’m proud to say that NBC didn’t do that when it came to me. Similarly I can say that I’m proud that I’m not guilty of giving my employers what they wanted. Still, the things this and most organizations fear most – variability, disturbance, difference – those things that are also the primary drivers of creativity – are not really the things that I see valued in the reporting ranks.”

That’s about as charitably as it could possibly be said by a skeptical tongue. Another way to say it would be that plutocrat-controlled and government-enmeshed media networks hire reporters to protect the warmongering oligarchic status quo upon which media-controlling plutocrats have built their respective kingdoms, and foster an environment which elevates those who promote establishment-friendly narratives while marginalizing and pressuring anyone who doesn’t. It’s absolutely bizarre that it should be unusual for there to be a civilian analyst of the US war machine’s behaviors in the mainstream media who is skeptical of its failed policies and nonstop bloodshed, and it’s a crime that such voices are barely holding on to the fringes of the media stage. Such analysts should be extremely normal and commonplace, not rare and made to feel as though they don’t belong.

The best way to get around the internet censors and make sure you see the stuff I publish is to subscribe to the mailing list for my website, which will get you an email notification for everything I publish. My articles are entirely reader-supported, so if you enjoyed this piece please consider sharing it around, liking me on Facebook, following my antics on Twitter, throwing some money into my hat on Patreon or Paypal, purchasing some of my sweet new merchandise, buying my new book Rogue Nation: Psychonautical Adventures With Caitlin Johnstone, or my previous book Woke: A Field Guide for Utopia Preppers.