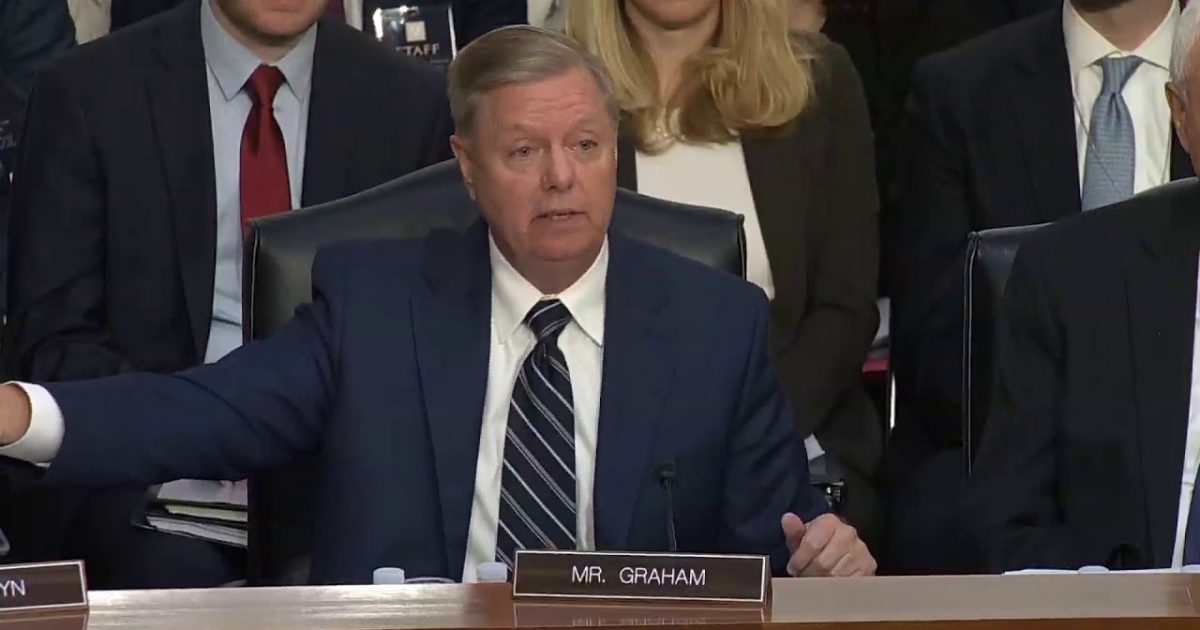 Senator Lindsey Graham, the chairman of the Senate Judiciary Committee, told CNN that they plan to hold a hearing on Red Flag laws on March 26. Graham promised that the legislation would include “plenty” of due process. Where have you heard that line before?

The “hearing” has not yet appeared on the Senate committee schedule. (Can we hope this whole report from CNBC is fake news?)

“Most of these cases have something in common, not all but most: A very disturbed person that people have interacted with before,” Graham told CNN on Wednesday. “The Parkland shooting is Exhibit A. The guy did everything except take an ad out in the paper. The FBI got called, local cops got called and nobody did anything.”

Graham said there would be “plenty” of due process protections included in any federal legislation.

“We’re trying to drive states to create these laws with certain guidelines to make sure they actually work,” he said. “But to let the states deal with this issue, but to incentivize them to do so.”

In a statement, Rubio said he supported Graham’s decision, saying his bill will “help keep our schools and communities safe by empowering law enforcement or family members to use the judicial system to keep guns out of the hands of dangerous individuals while respecting individuals’ Second Amendment rights.”

“This approach has already proven successful in states like Florida, and it is my hope that this bill will get other states to do the same thing,” he said.

Has it been “successful” or has it simply deprived people of their rights? As we have reported previously, relying on statements from family or friends that may have a personal grudge is hardly “due process.” In at least one case we reported, that very thing occurred and got a gentleman killed because a family member was angry with him.

Confiscating a citizen’s guns is dangerous business for police and citizens. For the gun owner, getting them back is a difficult situation. If they have to “prove their innocence” it becomes a bureaucratic nightmare.

Red flag laws are a slippery slope. But it appears that even the Republicans are attempting to implement them in some form. Be sure to contact your senators and voice your opinion.