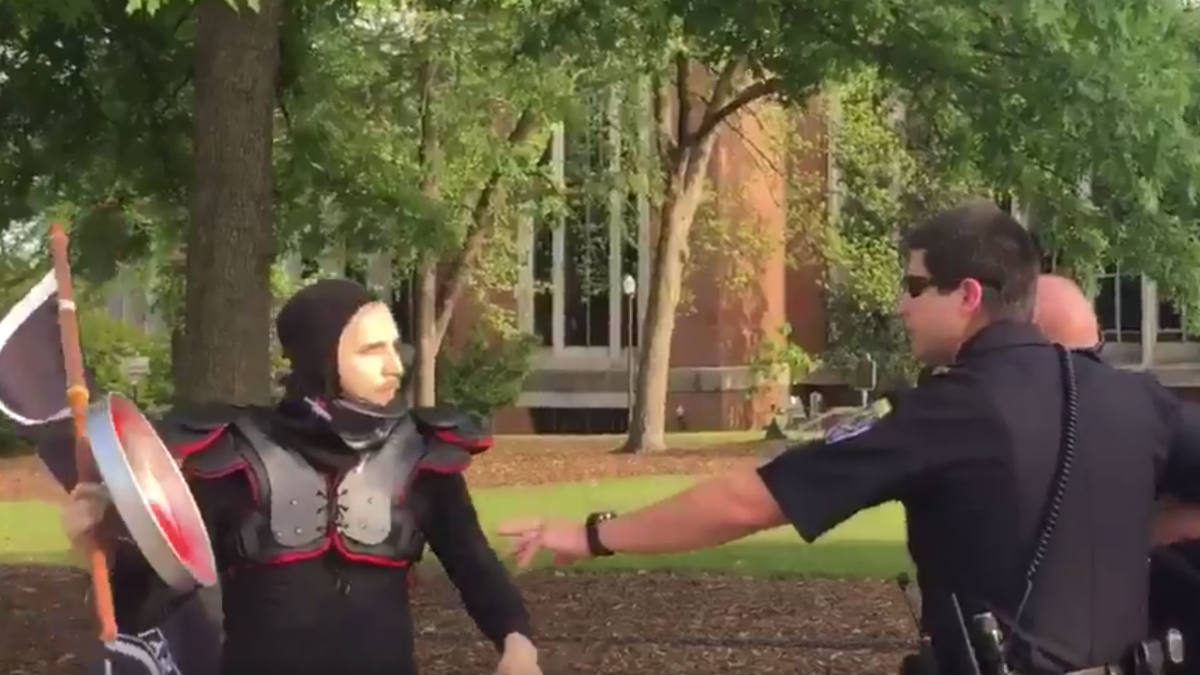 If a proposed piece of legislation gains traction and becomes law, it promises to be big trouble for Antifa thugs.

The Unmasking Antifa Act of 2018 has been introduced in the House by Republican Rep. Dan Donovan (N.Y.).

The proposed legislation, which already has leftists on the warpath, is directly aimed at Antifa activists and criminalizes violent or threatening acts done while concealing one’s identity. In simple terms, if a mask is worn the penalties can become more severe.

The “Unmasking Antifa Act of 2018,” legislation introduced in the House, carries a potential 15-year prison sentence for those caught engaging in behaviors typically associated with the “antifa” movement of anti-fascist activists.

Under the act, anyone “wearing a mask” or in disguise who “injures, oppresses, threatens, or intimidates any person … in the free exercise or enjoyment of any right or privilege” would be subject to a fine or up to 15 years in prison.

Breitbart reports that leftists are already “freaking out” over the proposed legislation:

[The unmasking law] takes a pro-fascist stance in its very name, and doubtlessly in its enforcement. In the current political climate, antifascists who speak out against fascism, racism, xenophobia, etc. are routinely harassed, threatened, and attacked by the far right, often supported by the police, who are notably exempted here. Families and friends of antifascists also become targets of far right violence. The wearing of a mask is an act of self-defense often necessary to ensure one’s right to free speech.

“It’s a law that threatens to clamp down on direct action politics more broadly. I think it sets a disturbing precedent,” Mark Bray, a professor at Dartmouth who studies human rights and radical politics told Vice.

Antifa continues to terrorize innocent Americans all over the country. In late June Antifa activists attacked Patriot Prayer in Portland.

Who could forget that viral video of the single punch knockout delivered to an unprepared Antifa snowflake.

Patriot Prayer was up to the task against Antifa terrorists, but stiffening the law might help clean up the mess that the police are desperately trying to control.

Officers have made probable cause arrests in today's demonstration around Terry Schrunk Plaza and Chapman Square. Ofcs are also seizing weapons. pic.twitter.com/6h3DDlQWgL