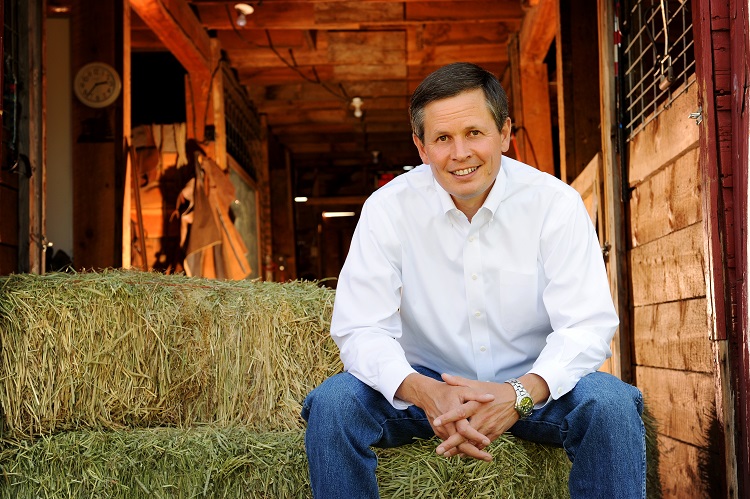 While Socialist Democrats like Alexandria Ocasio-Cortez is just fine with taking money from hardworking Americans to the tune of 70 percent to sacrifice to her idol, the State, several congressional Republicans have actually acted on what she will only talk about and denied themselves payment till the government shutdown is over. Montana Republican Senator Steve Daines has introduced legislation that would withhold pay for members of Congress during future government shutdowns.

“Members of Congress are sent to Washington, D.C., to represent the great people of their state and keep the federal government open, working and funded. So it’s simple. If they can’t do that, they shouldn’t get paid. No work, no pay,” Daines told The Daily Caller News Foundation after the bill was introduced.

The “No Work, No Pay Act of 2019” would put the payments congressional members are to receive in an escrow account and exclude them from receiving payments during a shutdown. Once the shutdown is over, the payments would be released and would not be in violation of the Twenty-seventh Amendment to the US Constitution.

So far, he has several other members of the Senate who have joined him in this effort.

Pleased to join my friend Senator Steve Daines of Montana and cosponsor his “No Government No Pay Act of 2019.” Congress shouldn’t get paychecks during a shutdown while honorable federal government employees are denied theirs for no good reason.

H.R. 26, the “No Work, No Pay Act of 2019,” would prohibit the payment of Senators and Representatives when any federal agency is shut down “due to a lapse in funding appropriated by Congress,” a press release sent by Curtis said.

“The American people expect Congress to do its most basic job: pass a budget and fund the government. If we can’t, then we shouldn’t get paid,” said Curtis. “Washington should take note of states like Utah that do it right. Not only does the Utah Legislature pass a baseline budget at the beginning of each legislative session to avoid any state government shutdown threats, but they also responsibly balance the state’s budget every year.”

Curtis has also requested that his pay is withheld until things are resolved and the government is back open once again.

“I cannot in good conscience get paid while federal employees’ financial futures hang in the balance because of this partial government shutdown,” Crenshaw wrote on Twitter. “I’ve asked the Chief Administrative Officer to withhold my pay until we have come to an agreement to adequately fund border security.”

I cannot in good conscience get paid while federal employees’ financial futures hang in the balance because of this partial government shutdown. I’ve asked the Chief Administrative Officer to withhold my pay until we have come to an agreement to adequately fund border security. pic.twitter.com/2g37vAAtx2

Republican Indiana Rep. Greg Pence, another freshman congressman, released a video Thursday, saying he too would not accept his pay until the southern border is secured, echoing President Donald Trump’s message. Trump traveled to the southern border on Thursday to meet with Immigration and Customs Enforcement (ICE) officials.

Pence campaigned on fighting the opioid crisis plaguing the country, something he considers a top priority and not a partisan issue.

“We are facing a serious opioid crisis and it seems that some Democrats refuse to acknowledge this,” Pence told TheDCNF Thursday afternoon. “It’s important that we work to solve the crisis, which includes securing our border. Hancock County, for example, had 50 overdose deaths between 2014-2017, and in 29 of the cases, opioids were found. This isn’t a partisan issue.”

Oklahoma Republican Rep. Kevin Hern is donating his salary from the shutdown to veterans organizations, saying they deserve the money over members of Congress in the midst of a partial government shutdown.

“I’ve long held the belief that if you don’t do your job, you shouldn’t get paid. Being elected to Congress shouldn’t exempt us from the standards that any employer would hold. If Congress can’t fund the government, we shouldn’t be paid for failing to do our Constitutional duty,” Hern told TheDCNF Thursday night.

However, five Republican representatives introduced legislation to ensure federal workers be paid during the shutdown.

“While Democrats continue to play politics with border security, federal employees dedicated to their mission of keeping America safe and our border secure are still going to work knowing they will be missing their paychecks,” Gibbs said in a Wednesday statement.

Frankly, I question whether anyone should be paid who is not working. After all, this is what occurs in the private sector. If the company is not functioning and you aren’t working, you simply do not get paid. The legislation pushed by the above is only right if those being paid are actually working.

Many employees of the TSA have been calling in and failing to report for work because they simply can’t afford it. That is understandable and frankly, wonderful news on the side of freedom as it means there will be less people violating the rights of the people at the airports. I say, go find another job that pays you where you aren’t being used as a brownshirt by the federal beast.

Those who work should be paid. That is both fair and just, but failing to work and being paid is simply a form of theft.

As for Democrats like Alexandria Ocasio-Cortez, who pushed for congressional members not to be paid during the shutdown, all we are hearing are crickets.

Next time we have a gov shutdown, Congressional salaries should be furloughed as well.

It’s completely unacceptable that members of Congress can force a government shutdown on partisan lines & then have Congressional salaries exempt from that decision.

As for other congressional Democrats, they have been too busy vacationing in Puerto Rico to be concerned with the shutdown. After all, they are still getting paid. There is no pressure on them.