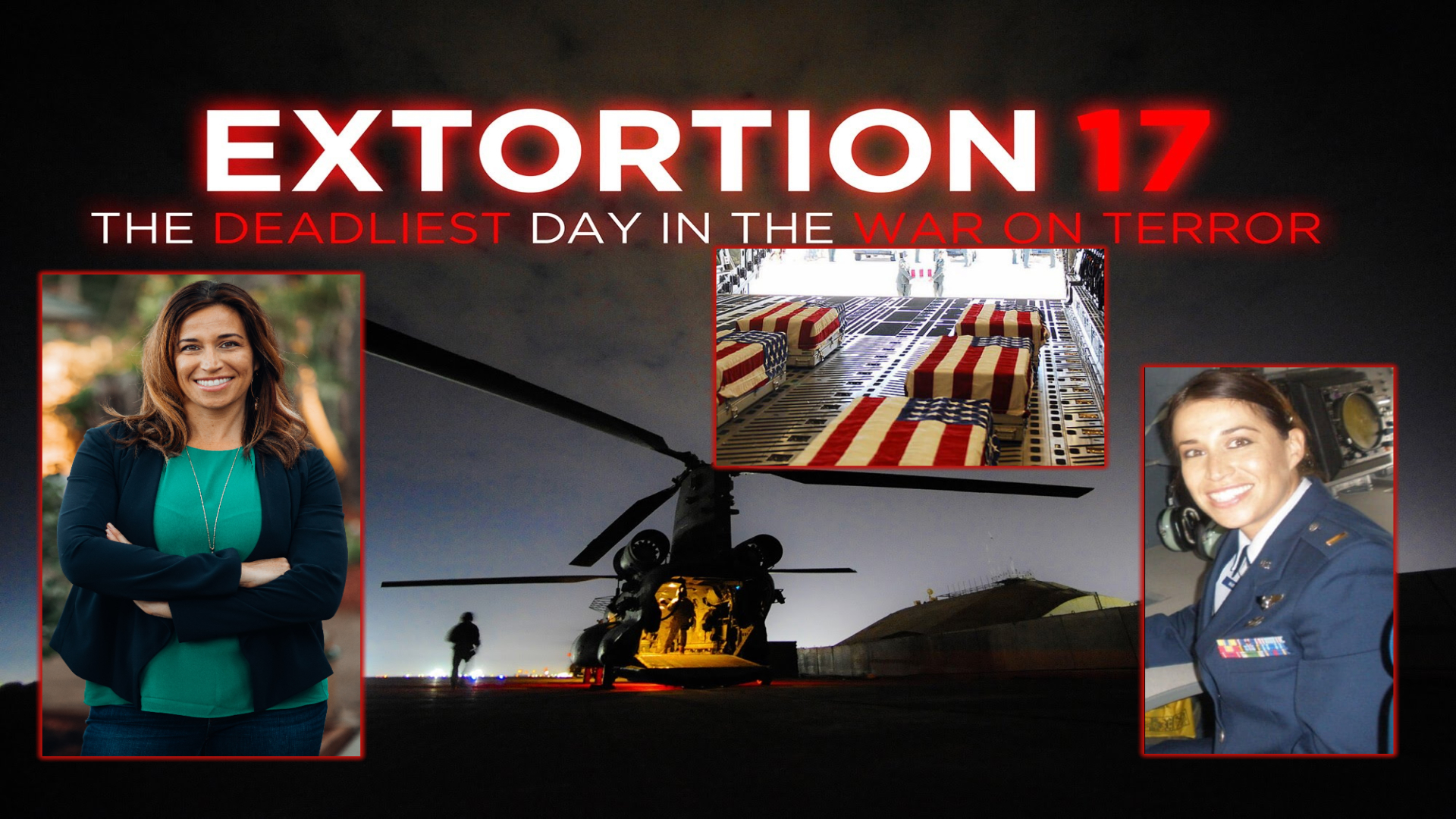 August 6, 2021 marks the 10th anniversary of the downing of Extortion 17 and the loss of the lives of 30 Americans, including 17 Navy SEALS. Recounting her story as the Fire Control Officer of an AC130H gunship flying on mission that night is retired Captain Joni Marquez. Joni and her team tried to warn that things were not safe, but believed someone wanted that mission to be pushed out and that it all felt wrong. She joins me in this episode to talk about her military service and how that fateful night changed her life forever.

Joni Marquez was born in 1979. She grew up on a 160-acre ranch in Bradley, California, and at a very young age she knew that she wanted to serve in the military. The pictures of her great grandfather in the Army fascinated her, and ignited a passion within her to want to serve her country. As fate would have it, she ended up joining the United States Air Force (USAF) in September of 1998, and soon became a member of the USAF Security Forces (SF) team.

After serving a few years as a SF fire team member, she tried out for the anti-terrorism team (Phoenix Ravens), and began providing security for the USAF in austere locations across the globe. On September 11 th 2001, as she sat in a briefing room and watched people jump out of the burning and crumbling twin towers, she decided that she wanted to have a bigger part against the Global War on Terror (GWOT). In 2003, she applied for an USAF scholarship to become an officer, and by August of 2004 she began working on her bachelor’s degree while attending ROTC at the University of California at Berkeley.

In 2008, she graduated with her bachelor’s degree in Social Welfare and commissioned into the USAF as a 2nd lieutenant. She attended the USAF Navigator school at Randolph AFB, TX, whereby she was rewarded a position as a Fire Control Officer on an AC-130H gunship. She later moved on to become part of the 16th Special Operations Squadron and deployed for two combat tours in Afghanistan. During her first tour she was overhead the tragic shoot down of Extortion 17 (August 6 th , 2011), that killed 31 American special operators. This was the single most tragic event for American loss of life that occurred during the GWOT. After this tragic shoot down, she continued to deploy to the Middle East, and by February of 2016, she was medically retired from the USAF as a Captain. Although Joni is no longer active duty, she is still active within the military community and seeks to help her fellow brothers and sisters in arms to fight the unseen battle against Post Traumatic Stress Disorder (PTSD) and Traumatic Brain Injury (TBI). She’s also actively involved with non-profits that continue to serve the combat veteran both in and out of uniform.

Joni graduated from USC in Spring of 2020 with a Master’s degree in Social Work (with a military concentration). She hopes to achieve her license in clinical therapy within a few years (LCSW), and help to decrease the number of veteran suicides by reframing the warrior’s narrative.

You can find out more about Joni and the work she does at:

Articles, links, Joni’s interview with Circa and previous shows on Extortion 17.

THE PRAYER THAT ROCKED THE CAPITOL (DVD) – Get 25% off through Saturday, August 7, 2021 when you use promo code 25PRAYER at checkout in our store.

The Prisoner’s Record on Telegram

All of our articles on Extortion 17