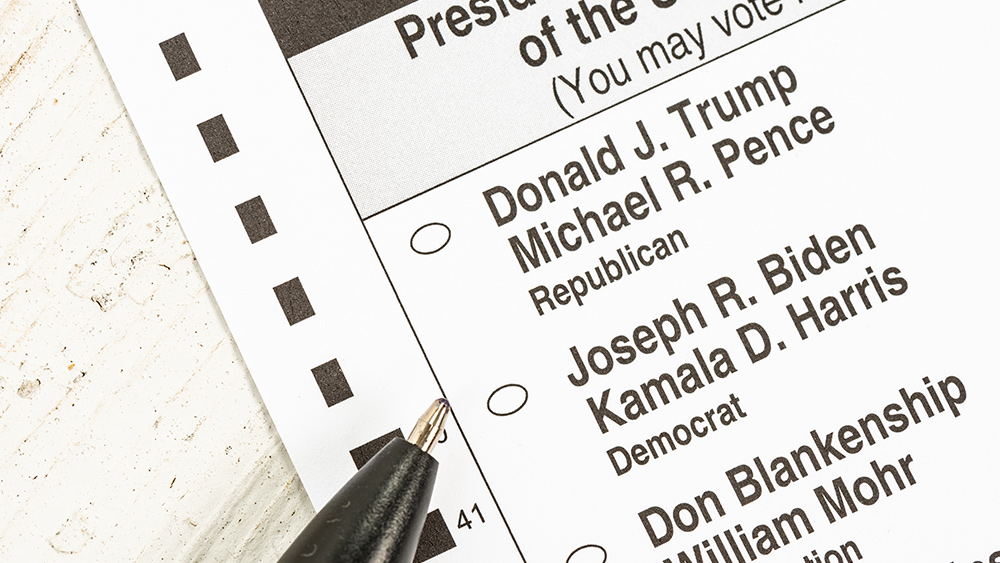 (Natural News) Members of both the Senate Judiciary Committee and the Subcommittee on Elections in Georgia held a joint hearing the other day to discuss the state’s election laws and address the many “irregularities” that surfaced during the 2020 election.

Renowned inventor and author Jovan Pulitzer testified as a witness, demonstrating that the state of Georgia used two different ballots during the election: one for Democrats and another for Republicans. The Republican ballots, as seen in the below photo, bore a distinct barcode that was not present on the Democrat ballots. Pulitzer also recently spoke with Kevin Freeman of the Economic War Room, explaining in-depth how the entire ballot process in Georgia was fraudulent. Pulitzer’s expertise in such matters makes him a credible source of information, by the way, and what he has to say is definitely worth your while – be sure to watch below (approx. 20 minutes long):

Raffensperger should be publicly hanged for treason

None of this fraud would have been possible were it not for the blessing of Georgia Sec. of State Brad Raffensperger, who not only allowed it to happen under his watch but also signed off on it. The guy is in deep, deep water once charges are filed, it would appear.

“This kind of thing might completely invalidate Georgia’s results,” wrote one commenter at The Gateway Pundit about the revelations. “And the courts will ignore it,” this same commenter added cynically.

Raffensperger, as you may recall, oversaw a fake “audit” and “recount” of Georgia’s initial election results, a process that resulted in the very same fraudulent outcome as the first time the ballots were tabulated.

Raffensperger made every effort to ensure that there was no transparency in the second count, rejecting petitions from Republicans to require a signature match on both the ballots and their envelopes. He also made a point of not disclosing the relationship between Pro V&V, the company that conducted the “audit,” and Dominion Voting Systems, which owns the machines that were supposedly audited.

Pulitzer further noted in his testimony that on election night, Republican poll watchers were told to go home due to a “pipe leak” that never actually occurred. Meanwhile, Democrat operatives stayed behind to roll out suitcases full of phony ballots, which were run through the Dominion machines and counted for Biden.

Pulitzer says it would take him no time at all to dig into the ballots and find 10,000 fraudulent ones, which would be enough to deliver a victory for President Trump in the state. Should the same type of scenario unfold in Pennsylvania and Arizona as well, then Trump wins the Electoral College.

“Raffensperger should be publicly hanged,” wrote another commenter, expressing an increasingly popular sentiment among patriotic Americans that it is time for the deep state to pay for its crimes.

“They threw everything into the pot to produce this slimy, fetid pile of glop they want to call election returns,” wrote still another. “I’m reminded of the witches of Macbeth: ‘We’ll do and we’ll do and we’ll do!” And brother did they ever!! Yet, these claims of election fraud are disputed.”

More related news about the fraudulent 2020 election can be found at Trump.news.

If you would like to learn more about the efforts of attorney Sidney Powell to overturn the fraudulent election, you can do so at DefendingtheRepublic.org.