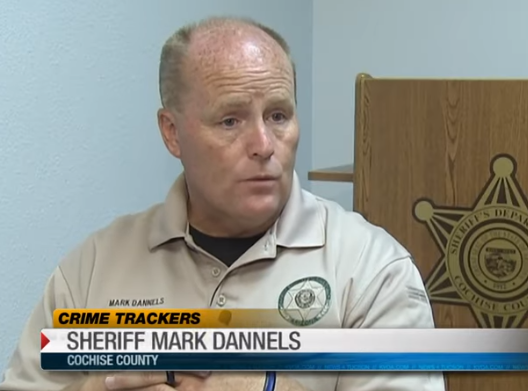 Last week, warring factions of the Sinaloa cartel left nearly a dozen people dead in the streets of the Mexican border town of Agua Prieta, just “half a block from the border” with Douglas, Arizona, Cochise County Sheriff Mark Dannels said.

Victims of the violence, as well as several gangsters who lost the battle, are now safely in the U.S., recovering from their injuries as they apply for asylum.

The sheriff told KVOA the bloody shootout that began Monday afternoon and went into Tuesday involved an internal dispute in the Sinaloa cartel. Three injured in the shootings were taken to the port of entry and transported to American hospitals, including a 12-year-old boy who was airlifted to Tucson, he said.

“We heard … last night where one of the (gang members) shot in Agua Prieta was taken to a hospital in Mexico, in Agua Prieta,” Dannels said. “They followed him there and shot and killed him.”

Amidst the violence, four gang members from the losing faction reported to the U.S. port of entry to file for asylum, claiming “credible fear,” KVOA reports.

KVOA reports the gang members seeking asylum in the U.S. were arrested by immigration officials and “taken out of Cochise County.”

Daniels told the Conservative Review’s Daniel Horowitz he blames the rampant violence on federal lawmakers who don’t seem to be taking the situation seriously.

“I just sit back and shake my head every day. It’s almost as if the politicians are desensitized to the border situation. They don’t realize that these cartels are bad, bad people and employ the same violence that the terrorists do,” he said.

“They just sit back and think all is well at our border,” Dannels said. “Where is the federal government in all of this? Sheriffs at the border have been a champion of this cause and the line (border) agents get it. But where’s the leadership from D.C.?”

When violent thugs can kill each other on one side of the border, then claim they fear for their lives to hide on the other, there’s a serious problem, and from what he can tell there’s little local police or even federal border patrol agents can do about it.

“You’ve got cartel members fleeing from their own fight because things are spiraling out of control, and we just say ‘credible fear, come right on in,’” Dannels told Horowitz. “Where is the leadership? Our laws have been melted down by politics.”