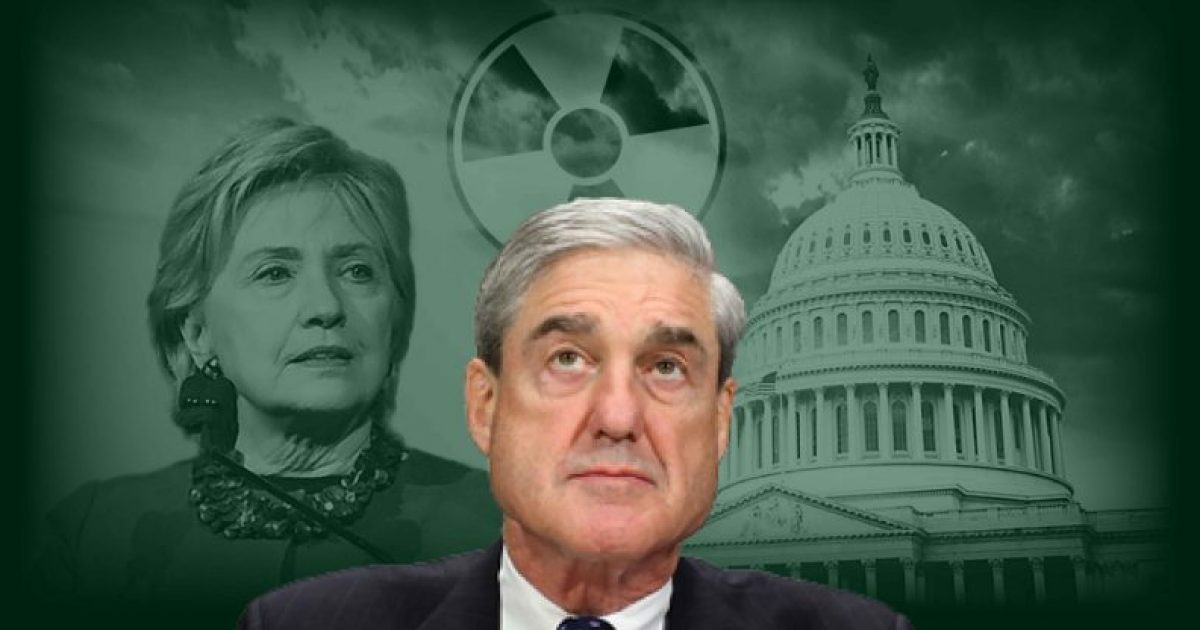 The quest to get President Donald Trump impeached is solely because he was not supposed to win the election in 2016 and it comes out of fear from all connected with the Clintons and the Obama Administration in knowing that he intends to expose all of their corruption.

The Robert Mueller investigation is an attempt to discredit the president and they are hoping to find enough dirt on him to get him out of office before he starts arresting those guilty of high crimes and treason from Obama and Hillary Clinton on down.

Robert Mueller, who was FBI Director in 2009 when Hillary Clinton was Secretary of State, was directed by Clinton to deliver a sample of Highly Enriched Uranium (HEU) to Russia. This information, released via WikiLeaks, also states that SOS Clinton sent a cable to US Ambassador to Russia John Beryle, US Ambassador to Georgia Embassy, and US Ambassador to the Russian Embassy on August 17, 2009. In part, the cable stated, Action Request: Embassy Moscow is requested to alert at the highest appropriate level the Russian Federation that FBI Director Mueller plans to deliver the HEU sample once he arrives in Moscow on September 21.

According to Shepard Ambellas, editor-in-chief of Intellihub, on June 2017 that the classified cable indicated that the delivery of the 10-gram sample of HEU to Russian Law Enforcement sources occurred during a secret plane -side meeting on the tarmac in Moscow. As we know, tarmac meetings are a classic Clinton maneuver done when trying to keep their criminal activities secret.

There is no reason to believe this treasonous act of Mueller hand delivering the 10-gram sample of HEU to Russian officials to be anything, but true. It is Julian Assange, founder of WikiLeaks who has leaked damming evidence of Clinton high crimes and treason and overall corruption in Washington for years, of which all of it is indisputable evidence of criminal activity.

So, here we have a man, Robert Mueller, who is himself guilty of treason in illegally delivering a sample of HEU to a potential adversary, Russia, now acting as a Special Council trying to dig up dirt on President Trump, based on a fake and illegal dossier funded by Hillary Clinton under the direction of her boss at the time Barack Obama.

The simple fact is that everyone involved with corruption in Washington based their ace in the hole on a 2016 Clinton win, which would have kept all the criminal activity secret. Since that did not happen, they have been scrambling to discredit and remove President Trump before he exposes them for the treasonous dogs they are.

Mueller should have been arrested for high crimes and treason long ago and currently be in Federal prison, not acting as a Special Prosecutor. President Trump needs to start firing all those involved with the crimes left over from the Obama reign and also remove their security clearances. The backlash from such moves by the president could not get much worse as compared to what they are doing now.

The time is long past for the crime syndicate in Washington, run by the Clintons, Obama, and those who worked for them to be prosecuted for crimes against the USA.