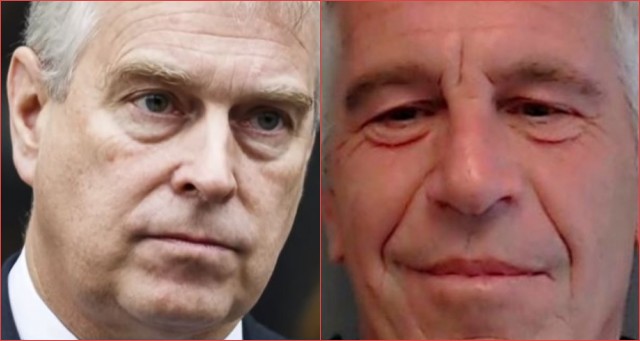 Due to his association with wellknown (dead) pedophile Jeffrey Epstein Britain’s Prince Andrew just announced that he is stepping away from his public duties.

A statement by His Royal Highness The Duke of York KG. pic.twitter.com/LfMFwMyhcb

“It has become clear to me over the last few days that the circumstances relating to my former association with Jeffery Epstien has become a major disruption to my family’s work and the valuable work going on in the many organizations and charities that I am proud to support.

Therefore, I have asked Her Majesty if I may step back from public duties for the foreseeable future, and she has given her permission.

I continue to unequivocally regret my ill-judged association with Jeffery Epstein. His suicide has left many unanswered questions, particularly for his victims, and I deeply sympathize with everyone who has been affected and wants some form of closure.

I can only hopethat, in time, they will be able to rebuild their lives. Of course, I am willing to help any appropriate law enforcement agency with their investigations, if required.”

Andrew denied an Epstein accuser’s claim that she was forced to have sex with the prince, The Daily Caller reports. The prince told a reporter in an interview that aired on Nov. 16 that he “can’t” explain a photograph of him with the accuser, because he has “no memory of that photo ever being taken.”

He said during the BBC interview that he doesn’t regret having a friendship with Epstein. “The people that I met and the opportunities that I was given to learn, either by him or because of him, were actually very useful,” Andrew said.

Article continues below the video:

Baden told his Fox and Friends hosts that what he witnessed were more consistent with homicidal strangulation than suicidal hanging.

The famed pathologist noted that “the 66-year-old Epstein had two fractures on the left and right sides of his larynx, specifically the thyroid cartilage or Adam’s apple, as well as one fracture on the left hyoid bone above the Adam’s apple,” Baden told Fox News.”

Dr. Baden, who’s performed more than 20,000 autopsies, followed that comment with this:

“I’ve not seen in 50 years where that occurred in a suicidal hanging case,” Baden, who has investigated cases like OJ Simpson, Martin Luther King Jr, and JFK said.

Baden also noted that hemorrhaging had occurred in Epstein’s eyes, that is far more consistent with homicidal strangulation.

“The prominent hemorrhage in the soft tissues of the neck next to the fractures is evidence of a fresh neck compression that could have caused the death.”

He said that evidence on the bed sheet that was used to end the life of Epstein would provide more details in the death.

“Whoever it is would have their DNA all over the ligature (bed sheet),” Baden said.