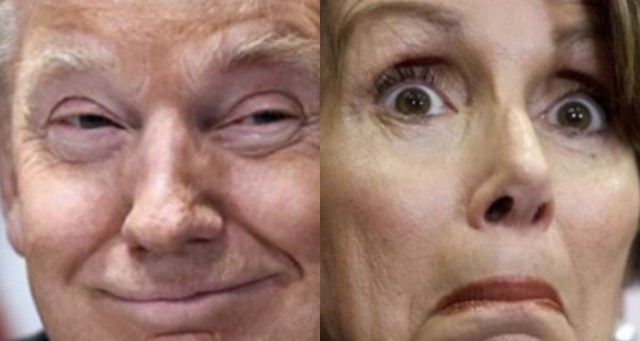 President Donald Trump on Tuesday criticized House Speaker Nancy Pelosi (D-Calif.) over her decision to withhold sending two articles of impeachment to the Senate until sometime next month, caller her “overrated.”

“Remember when Pelosi was screaming that President Trump is a danger to our nation and we must move quickly,” Trump tweeted Tuesday afternoon.

“They didn’t get one Republican House vote, and lost 3 Dems. They produced no case so now she doesn’t want to go to the Senate. She’s all lies. Most overrated person I know!”

The House voted earlier this month to return two articles of impeachment against the president — one for obstructing Congress, and the other for abuse of power.

The latter allegation stems from lawmakers’ claims that Trump engaged in an act of bribery and a “quid pro quo” with Ukrainian President Volodymyr Zelensky.

No Republicans voted in favor of the impeachment articles. A few Democrats also declined to support the articles.

After the vote, Pelosi announced she would not be sending the articles to the Senate until she was assured of a “fair trial.”

Republicans have blasted Pelosi’s decision, noting that she does not have the authority to set rules for an impeachment trial in the Senate.