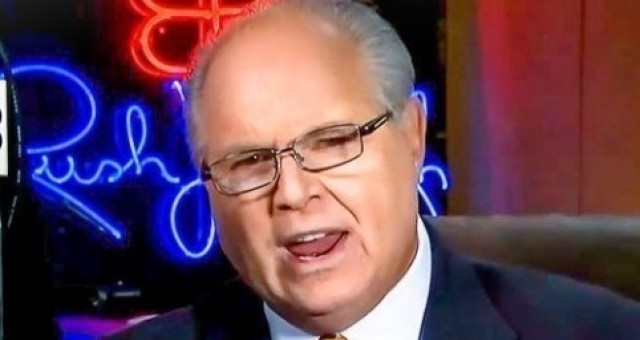 Can you imagine an even more controlled, angry Trump?

(TNS) President Donald Trump likely knows and understands that House Democrats, filled with rage at being unable to take him out using other tried-and-true methods that have worked against other Republicans, is going to be impeached later Wednesday.

He knows today’s vote is just the culmination of a Garbage Party plan hatched in the hours after his historic 2016 election win.

He knows that most Democrats who ran in 2018 did so on a platform of impeaching him rather than on a platform of pledges about how to make our country a better place and solve some of our issues.

But here’s what we know: Democrats obviously still have not figured Donald Trump out. They haven’t figured out how to deal with him. They’ve never seen anything like him in their politicized world. And impeachment is literally the last legal, constitutional thing they have left in their arsenal to get rid of him.

And even that’s not going to work because the Senate will never vote to convict…since, you know, he hasn’t done anything to warrant a conviction.

No high crimes and no misdemeanors.

We also believe that Democrats have no idea the lion they are about to unleash on their poor unsuspecting souls.

On his program Wednesday, conservative talker Rush Limbaugh speculated that President Trump will become revitalized after surviving the impeachment hoax.

After all, he’s survived the Russian collusion hoax, the Brett Kavanaugh hoax, and the Ukrainegate hoax.

After this is done, you know what is possible? It is possible that Donald John Trump is going to feel liberated like he hasn’t felt his entire term? I mean, after this, what else can they do? After this, they will have thrown everything they’ve got — and he’s still going to be there. This may backfire on them in ways they are not even calculating yet.

Now, some of you might be saying, “Well, Rush, the trial.” No, no, no, no. The trial is gonna be dismissed. McConnell’s not gonna fall for this. Schumer doesn’t have anything. Schumer’s in the minority. Schumer, all he can do is pontificate.

All Schumer and the Democrats can do is blowhard, pass gas — verbal gas. They can’t do anything, folks. …

Maybe you take steps to see maybe you can talk ’em down. But once that’s gone, once they have pulled the political trigger on the biggest weapon they’ve got and you’re still standing? Ha! Something I think they never, ever calculate.

They always assume their targets are gonna be depressed and in need of Prozac. They’re used to the fact that their targets usually quit and give up, start talking about cooperation, reaching across the aisle. In other words, they’re used to RINOs. They are used to compliant Never Trumpers who will do anything to get along with the people they think run the town.

Donald Trump doesn’t care about any of that. Trump himself has a rally tonight in Battle Creek at about same time these clowns are voting on impeachment.

A more energized, focused, and ticked-off Donald Trump? What Democrat wants to deal with that?