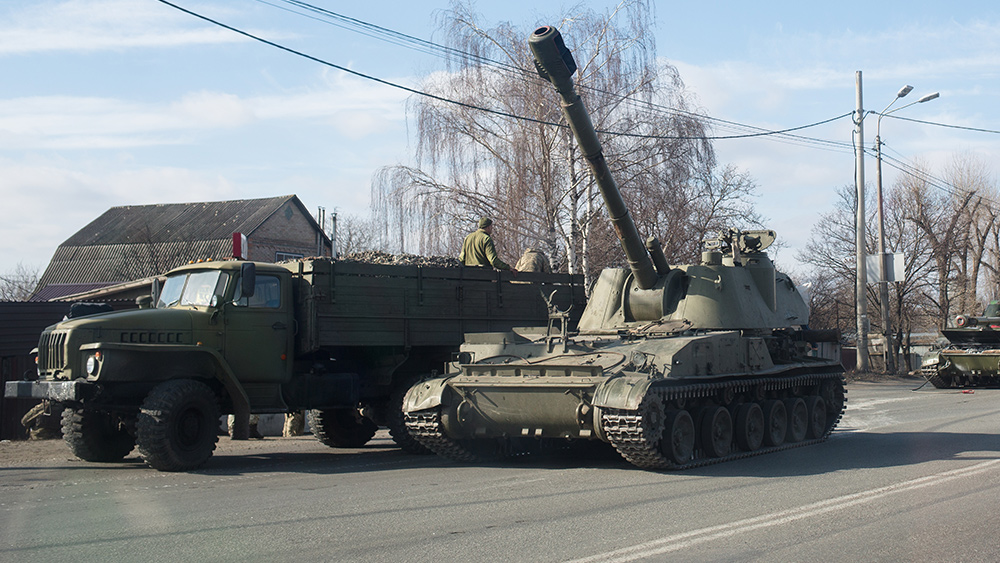 (Natural News) Despite vehement denials from the Biden administration, Russian diplomats presented compelling new evidence of the existence of U.S.-backed and funded bioweapons labs in Ukraine and around the world during a special session of the UN Security Council on Friday.

As The Associated Press reported, the session was scheduled at the request of Russia, which is one of the five permanent Security Council members to include the U.S., Britain, France and China, due to claims of “the military biological activities of the U.S. on the territory of Ukraine.”

Expectedly, U.S. officials have strenuously pushed back on the claims using an excuse they never used regarding the ‘Trump-Russia collusion hoax’ — Moscow “disinformation.”

“This is exactly the kind of false flag effort we have warned Russia might initiate to justify a biological or chemical weapons attack,” Olivia Dalton, spokesperson for the U.S. Mission to the United Nations said late Thursday. “We’re not going to let Russia gaslight the world or use the U.N. Security Council as a venue for promoting their disinformation.”

The Russian request, announced in a tweet Thursday afternoon from its first deputy U.N. ambassador, Dmitry Polyansky, follows the U.S. rejection of Russian accusations that Ukraine is running chemical and biological labs with U.S. support.

U.N. spokesman Stephane Dujarric reiterated on Thursday what he said the previous day: That the World Health Organization, which has been operating in tandem with the Ukrainian government, “said they are unaware of any activity on the part of the Ukrainian government which is inconsistent with its international treaty obligations, including on chemical weapons or biological weapons.”

And Izumi Nakamitsu, the UN High Representative for Disarmament Affairs, told the 15-member council that the global organization is “not aware of any biological weapons programs” in Ukraine, according to a report from Al Jazeera.

She added that both Ukraine and Russia are parties to the Biological Weapons Convention (BWC), an international treaty that prohibits such weapons development.

“Biological weapons have been outlawed since the BWC entered into force in 1975,” she said.

“I will say this once: Ukraine does not have a biological weapons program. There are no Ukrainian biological weapons laboratories supported by the United States, not near Russia’s border or anywhere,” Thomas-Greenfield told the council.

But a Defense Threat Reduction Agency document that surfaced last week demonstrates clearly that the U.S. partnered with several former Soviet satellite countries including Ukraine on labs to ‘research’ biological threats’ and to develop “countermeasures” to them.

From Page 9 of the document:

“Fundamental research efforts enable capabilities such as development of improved detection devices for traditional and nontraditional chemical agents; development of diagnostics for existing and emerging infectious disease threats; increasing knowledge and improved capabilities for development of new or improved medical and material countermeasures to CB threats for both pre- and post-exposure scenarios; enhanced personal protection against, modeling of, prevention of, or decontamination of CB threats; and providing effective elimination strategies via non-kinetic approaches for threat agent destruction, neutralization and/or sequestration,” the document adds.

You can’t develop “improved detection devices” for “emerging infectious disease threats” as well as countermeasures without developing a biological to be able to detect.

The document speaks volumes, and once again, our government appears to be lying to us.