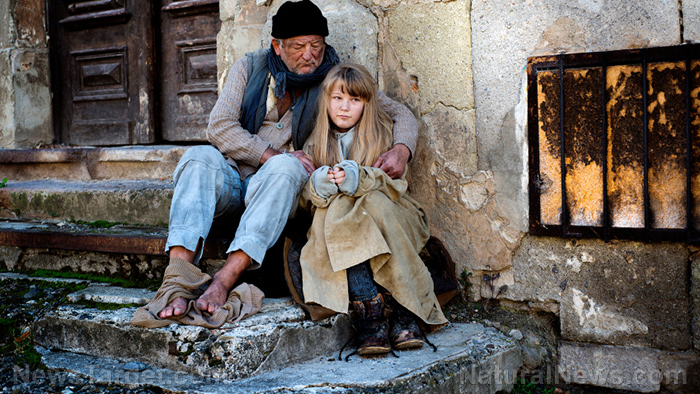 (Natural News) In order to turn America into a communist hell-hole, the Biden Regime must have most of the populace broke, sick, perverted and on drugs. People in these conditions will continue the vicious cycle, especially if the government is giving them free money, but just enough to stay that way. That’s the plan for the Democrats, and they are succeeding in all of the metropolitan cities they run. Lawlessness, free handouts from the government and paraphernalia for using hard drugs are all part of the “scene” everywhere one turns.

San Francisco allots $3 million for “crime fighting community workers” so the homeless can get away with drug-dealing, theft, rape, violence, drug use and more

The streets and neighborhoods of Democrat-run cities are littered with trash, feces, homeless druggies and now community workers instead of police. People with no life, no morals and no job, from all across America, are moving to these third-world-looking God-forsaken places to live, because they get free money for drugs from the Biden Regime.

In these hell-hole cities, pregnant women are smoking fentanyl. Homeless people are robbing other homeless people at gunpoint, and killing them for their stuff. People “boost” (steal) anything of value from stores, cars and other people to sell for drugs. It costs about $40 to $80 per day to keep a hardcore drug habit, including fentanyl, crystal meth, heroin and crack cocaine. Most people combine them just to be able to function at all, enough to try to protect themselves from being killed for their drugs.

People say lack of housing forces local residents into the streets, but James says he came from Texas to San Francisco for the drugs, the non-enforcement of anti-camping laws, and the $820/month in welfare & food stamps. James says he sold fentanyl, 2 weeks ago, to a 15-year-old. pic.twitter.com/5qMr6tmlWs

Crime rates have skyrocketed in all the Dem-run metro cities, including NYC, Chicago, San Francisco, Portland

Liberal politicians hate the rule of law. They blame racism, inequality, joblessness, any scapegoat, but these druggies and drug dealers will tell you first hand that they go to these cities to get free money and do drugs.

You can literally get away with murder, rape and kidnapping in these liberal cities, and all the druggies and homeless people know it. Need some drugs? Liberals will let you kidnap someone’s kid and sell them for crack. There’s no cops to stop you, they’ve all been de-funded. Even if you do get caught, there’s no bail needed, and a George Soros-funded district attorney will let you off the hook.

Here’s an interview with a drug-addicted homeless guy who brags about getting free money so he can use and deal drugs, have no job and sell drugs to kids. “I get $620 bucks a month” from “a f*cking phone call,” he goes on… “Two hundred food stamps and $620 bucks a month, forget about it. Why wouldn’t I do it. It’s fucking free money. This right now is literally by choice. Why would I want to pay rent. I got a fucking cell phone that I’ve got Amazon Prime and Netflix on.” He sold fentanyl to 15-year olds and showed them how to use it without overdosing.

Keep your truth news in check by adding Preparedness.news to your favorites list and tuning in daily for updates on real news about surviving and thriving in the near future, and news that’s being scrubbed from MSM and social media as you read this.