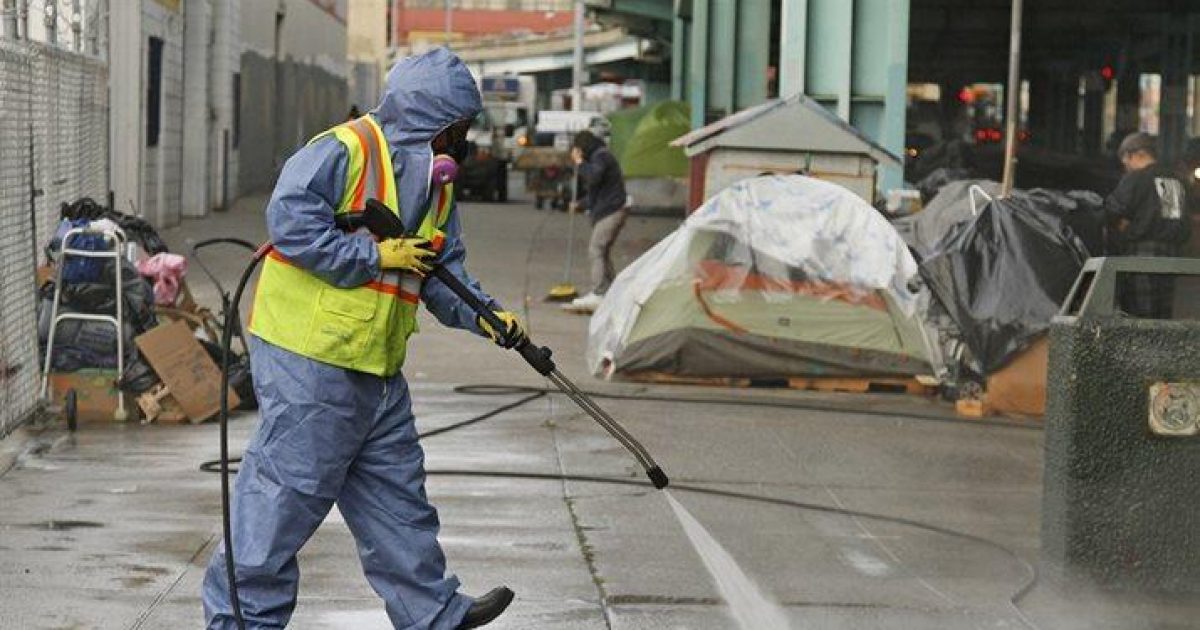 San Francisco, California is not the city portrayed on the television show Full House. It is a city of debauchery, sodomy and crap, literally. Now, because the city has decriminalized public urination and defecation, they are spending $1 million to clean it up by paying a limited amount of workers $185,000 per year to clean up poop.

We previously reported that the city was receiving some 20,000 complaints about feces in public.

They even lost a major medical convention over the issue.

Then the mayor came out with a brilliant method of dealing with it.

London Breed is the newly elected Mayor of San Francisco and though she knows the problem exists, she has a very odd way of trying to deal with it.

Her plan? Ask the city’s estimated 7,500 vagrants to kindly stop with all the street-squatting and clean up after themselves.

As was reported earlier:

When pressed about whether her plan calls for harsher penalties against those who litter or defecate on city streets, Breed said “I didn’t express anything about a penalty.” Instead, the mayor said she has encouraged nonprofits “to talk to their clients, who, unfortunately, were mostly responsible for the conditions of our streets.” –NBC Bay Area

“I work hard to make sure your programs are funded for the purposes of trying to get these individuals help, and what I am asking you to do is work with your clients and ask them to at least have respect for the community — at least, clean up after themselves and show respect to one another and people in the neighborhood,” Breed told NBC, referencing her conversations with nonprofit groups aimed at serving the homeless.

Now, it looks like instead of those pooping in the streets cleaning up their own mess, taxpayers will pay to clean up the crap to the tune of $185,000 per worker.

Breed has announced the “poop patrol” for San Francisco. Now, this should come as no surprise to a city that houses open sodomites who engage their bodies constantly with human waste, but for some of us, not only is the problem of human feces on the streets an issue, but so is robbing taxpayers of hundreds of thousands of dollars to clean it up rather than dealing with those who do it.

“We’re spending a lot of money to address this problem,” Breed said.

San Francisco Public Works has a $72.5 million-a-year street cleaning budget — including spending $12 million a year on what essentially have become housekeeping services for homeless encampments.

The costs include $2.8 million for a Hot Spots crew to wash down the camps and remove any biohazards, $2.3 million for street steam cleaners, $3.1 million for the Pit Stop portable toilets, plus the new $830,977-a-year Poop Patrol to actively hunt down and clean up human waste.

Sh*tty policies lead to sh*tty consequences. Just like Mayor de Blasio and the NY Crazy Council, San Francisco thought it was a good idea to decriminalize public urination and defecation. Now they have to spend nearly $1M to clean up poop. https://t.co/pjWNCVwMVO

Wouldn’t it just be cheaper and cleaner to rent port-a-johns? Maybe that’s me, but honestly one would think people would have enough decency to find a public restroom and relieve themselves, but not in the city of Sodom.

On top of that, the San Francisco Chronicle adds:

At the same time, the Department of Public Health has an additional $700,000 set aside for a 10-member, needle cleanup squad, complete with it’s [sic] own minivan. The $19-an-hour needle cleanup jobs were approved as part of the latest budget crafted largely by former Mayor Mark Farrell.

Again, if that is a public health hazard, why are people not being held accountable? Perhaps it’s due to the entire wickedness of the city? People are just fine with lawlessness and tyranny in their town and now it’s being turned into a literal dung pile.