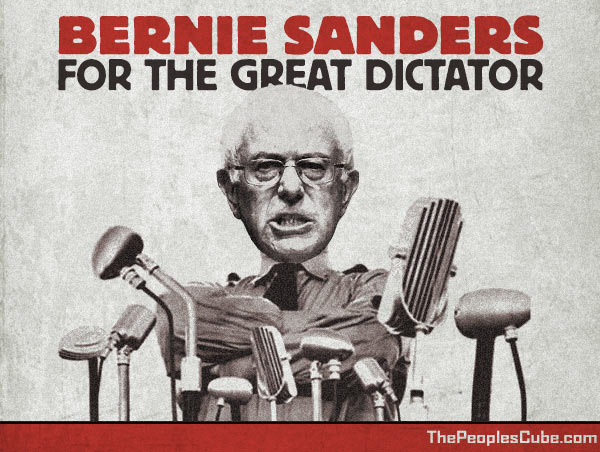 (TNS) If you needed a better example of the authoritarianism inherent in the Communist/Marxist ideology, top-tier 2020 Democratic presidential contender Sen. Bernie Sanders has provided one.

On Wednesday, Sanders’ campaign pledged to essentially ignore the Legislative Branch upon taking office, signaling he would be signing scores of executive edicts rather than pursue constitutional lawmaking processes.

“As we continue discussing the early work of your presidency and the progress we can make, below for review is a brief overview of executive actions you could take early in your administration,” read a document reviewed by the Washington Post.

“We cannot accept delays from Congress on some of the most pressing issues, especially those like immigration where Trump has governed with racism and for his own corrupt benefit,” the document continued, according to the National Review.

Many of Sanders’ executive orders would seek to reverse President Trump’s immigration policies, including an immediate halt to border wall construction, a move which would essentially negate the billions of dollars spent already.

Other orders would remove limits on accepting refugees for asylum, and reinstating the Obama-era DACA program, which has been ruled as likely unconstitutional by a federal court in 2018. The Supreme Court takes up the issue this term.

Still other orders would create a ban on exporting crude oil as a means of combatting ‘climate change,’ and severing federal contracts with firms and companies that paid employees less than $15 an hour.

Other orders include a ban on the exportation of crude oil to combat climate change, and the severing of any federal contracts with companies that pay less than $15 an hour.

This isn’t the first time the issue of enacting policies by executive order has come up in the Democratic primary.

In a September primary debate, Senator Kamala Harris (D., Calif.) promised to enact gun control policies by executive fiat, knocking fellow candidate Joe Biden for his refusal to do so.

As for President Trump, he has been knocked for ‘going around Congress’ in order to secure funding for the border wall after majority House Democrats refused to fund it in subsequent budgets.

Trump declared a national emergency so he could use unassigned funds from the Defense Department for the wall, a decision that was challenged in court but ultimately upheld as constitutional by the Supreme Court.

But in the president’s defense, he was desperate to stop a near-invasion of tens of thousands of migrants who were moving to the U.S. border in caravans after Congress refused to help.

In Sanders’ case, should he win and actually attempt to implement a bevy of executive orders, it’s almost a lock that they will be challenged in court by conservative organizations as unconstitutional acts of overreach — especially DACA, which even President Obama once claimed he didn’t have the authority to enact.

Plus, Democratic socialists and Communist ideologues tend to overreach, and we would expect a President Sanders to do so early and often.