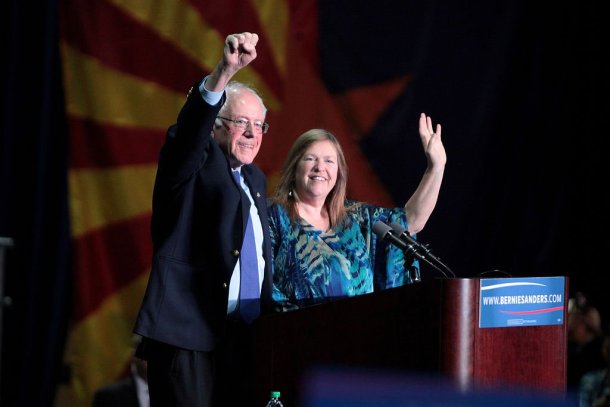 America’s favorite socialist grifter not named Jill Stein continues to fight for the people by making money hand over fist. And… well… that’s it.

Jane Sanders, a lawyer and accountant, wears many hats at the institute: founder, fellow, fundraiser and a non-voting member of the board of directors. The institute is being run by her son, David Driscoll, a political neophyte who previously worked at Burton Snowboards. His estimated salary for the job is $100,000.

And the Institute has accomplished a whole lot. Gobs and gobs.

The Sanders Institute website launched on June 7, 2017, with 29,000 unique page views, according to IRS documents obtained by VTDigger. In the first two months of its existence, the site saw 126,000 visitors. With irregular updates and limited original content, traffic has taken a dive. The Sanders Institute saw roughly 12,300 unique page views in June 2018, according to Semrush, a website analytics company.

This post may very well get as many page views as the Sanders Institute.

Under the organization’s “Research and Reports” section of its website, there are 18 posts, 16 of which are reposted from other sources, including from federal agencies and institute fellows. The remaining two posts are authored by Sanders Institute staffers. One is a breakdown of how citizens can contact their elected representatives; the text of the other — entitled A Freedom Budget For All Americans — is largely lifted from Wikipedia.

Socialism. It works until the suckers stop sending you money.