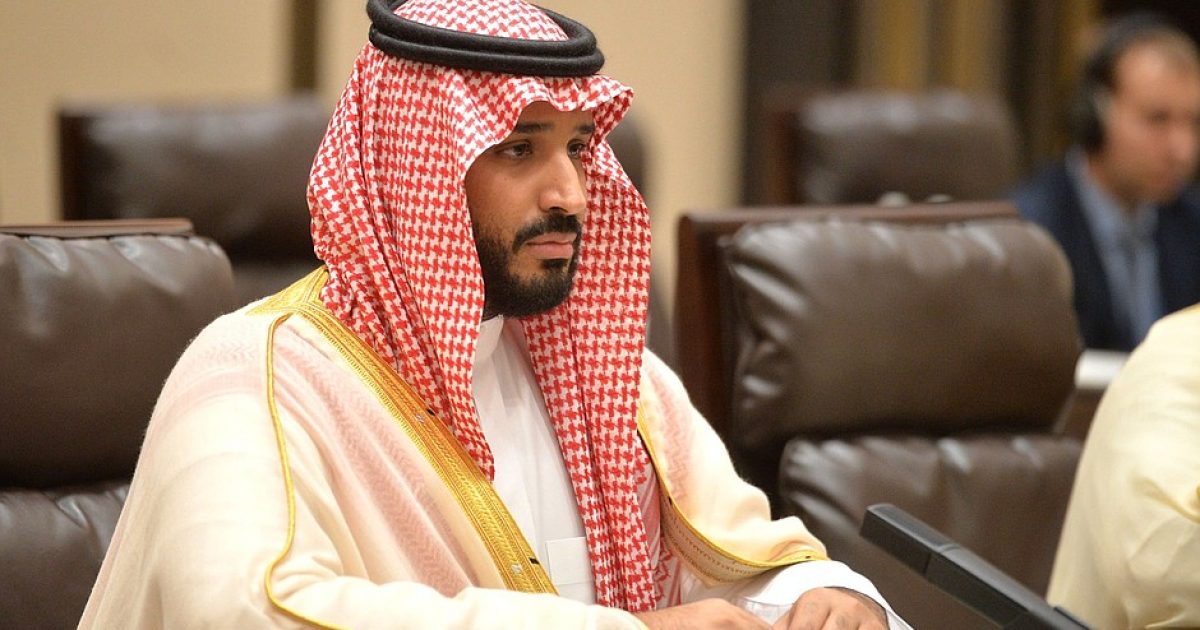 One of 15 Saudis that arrived in Turkey the day that Jamal Khashoggi disappeared has died in a “suspicious traffic accident.”

As I reported on Wednesday, this 15-member Saudi entourage seems to have been the very hit squad that brutally murdered Khashoggi.

From that report, Khashoggi’s murderer was mentioned as part of the party.

Salah Muhammad al-Tubaigy, who has been identified as the head of forensic evidence in the Saudi general security department, was one of the 15-member squad who arrived in Ankara earlier that day on a private jet.

Mashal Saad al-Bostani, 31, a lieutenant in the Saudi Royal Air Forces, was among the 15-member “hit team” that landed in Istanbul in two private jets from Riyadh on Oct. 2 and headed to the Saudi consulate.

He died in a car crash in Riyadh, but few details have emerged, the newspaper Yeni Safak reported, adding that his role in the “murder” was not clear.

The Saudi consul, Mohammad al-Otaibi, who was heard on a video recording of Khashoggi being killed and dismembered in the consulate, could be the “next execution,” as Saudi Crown Prince Mohammad bin Salman “would do anything to get rid of the evidence,” the Hurriyet Daily News said Thursday.

Al-Otaibi was caught on audio tape during Khashoggi’s interrogations — during which the journalist’s fingers were cut off and he was beheaded — telling them to “do it somewhere else outside or I will be in trouble.”

He returned to Saudi Arabia on Tuesday before Turkish police searched his residence.

Meanwhile, Secretary of State Mike Pompeo flew to Saudi Arabia and on Thursday, he urged President Donald Trump to give the Saudis a few more days to complete an investigation and Treasury Secretary Steven Mnuchin isn’t looking to go to Saudi Arabia for an investment summit now.

Treasury Secretary Steven Mnuchin said he would pull out of a high-profile investment summit in Riyadh, an announcement he made shortly after Secretary of State Mike Pompeo said Saudi Arabia would have “a few more days” to complete an investigation into the disappearance of Jamal Khashoggi, who entered the Saudi consulate on Oct. 2 and hasn’t been seen since.

But by leaving the Khashoggi investigation in the Saudi’s hands, the administration sent mixed signals about just how forceful it will be with its close Middle East ally.

With all that going on, it should not escape anyone’s attention that the Saudis transferred $100 million to the State Department. Though there are claims that the approval of funds for US efforts against Islamic State to be transferred were approved months ago, the timing of the transfers does raise eyebrows.

When US Secretary of State Mike Pompeo flew into Riyadh to discuss the disappearance and likely death of journalist Jamal Khashoggi, Saudi Arabia transferred $100m to the State Department for US efforts against the Islamic State (IS) group, the New York Times reported late Tuesday.

While the funding was approved earlier in the summer, critics have viewed the timing of the transfer payment with suspicion.

“The timing of this is no coincidence,” a US official told the New York Times.

The US State Department envoy for the anti-IS coalition said in a statement on Wednesday that they “expected the contribution to be finalized in the fall time frame”.

“The specific transfer of funds has been long in process and has nothing to do with other events or the secretary’s visit,” envoy Brett McGurk said.

The White House has not seemed alarmed amid a barrage of questions about Khashoggi’s disappearance, what Saudi officials know about it and its close ties to Saudi rulers and the country’s powerful crown prince, Mohammed bin Salman, in particular.

US President Donald Trump has called for people to give the Saudis the benefit of the doubt, stressing Washington’s business and geopolitical interests in staying close to Riyadh.

Trump tweeted that he spoke to Saudi Crown Prince Mohammed bin Salman, who “totally denied any knowledge of what took place” in Istanbul. Trump said MBS told him “that he has already started, and will rapidly expand, a full and complete investigation into this matter”.

Interesting, this is the same president that didn’t bother to actually investigate the alleged gas attacks in Syria before bombing it… twice. But this is Saudi Arabia. The Saudis are like the Communist Chinese in that we have considered them “most favored.” They can really do nothing wrong despite being full-fledged Islamists who practice the Sharia. My bet is on the fact that Salman is behind Khasoggi’s murder.

While Khasoggi was critical of the Saudi government, he was also a jihad propagandist, who eventually settled in as a columnist at the CIA-tied Washington Post.

I received this column from Jamal Khashoggi’s translator and assistant the day after Jamal was reported missing in Istanbul. The Post held off publishing it because we hoped Jamal would come back to us so that he and I could edit it together. Now I have to accept: That is not going to happen. This is the last piece of his I will edit for The Post. This column perfectly captures his commitment and passion for freedom in the Arab world. A freedom he apparently gave his life for. I will be forever grateful he chose The Post as his final journalistic home one year ago and gave us the chance to work together.

Khashoggi concluded his final piece with the following:

The Arab world is facing its own version of an Iron Curtain, imposed not by external actors but through domestic forces vying for power. During the Cold War, Radio Free Europe, which grew over the years into a critical institution, played an important role in fostering and sustaining the hope of freedom. Arabs need something similar. In 1967, the New York Times and The Post took joint ownership of the International Herald Tribune newspaper, which went on to become a platform for voices from around the world.

My publication, The Post, has taken the initiative to translate many of my pieces and publish them in Arabic. For that, I am grateful. Arabs need to read in their own language so they can understand and discuss the various aspects and complications of democracy in the United States and the West. If an Egyptian reads an article exposing the actual cost of a construction project in Washington, then he or she would be able to better understand the implications of similar projects in his or her community.

The Arab world needs a modern version of the old transnational media so citizens can be informed about global events. More important, we need to provide a platform for Arab voices. We suffer from poverty, mismanagement and poor education. Through the creation of an independent international forum, isolated from the influence of nationalist governments spreading hate through propaganda, ordinary people in the Arab world would be able to address the structural problems their societies face.

Well, a lot of that is due to Islamic culture. Abandon the root of your problem and embrace Christianity, which was the basis and foundation of the US republic and you might begin to see a change.

While Khashoggi was clearly tied in the past to the Muslim Brotherhood and Osama bin Laden, none of that would excuse the brutal murder he suffered. I have read comments by people who seem to think that is somehow justice. It is not. It’s murder, plain and simple.

However, there is a lesson to be learned here and that is the ideology of those who truly believe in Islam. They follow in the very footsteps of their “non-prophet” Muhammad, and engage in some of the most barbaric and morally reprehensible activity you can find across the planet.