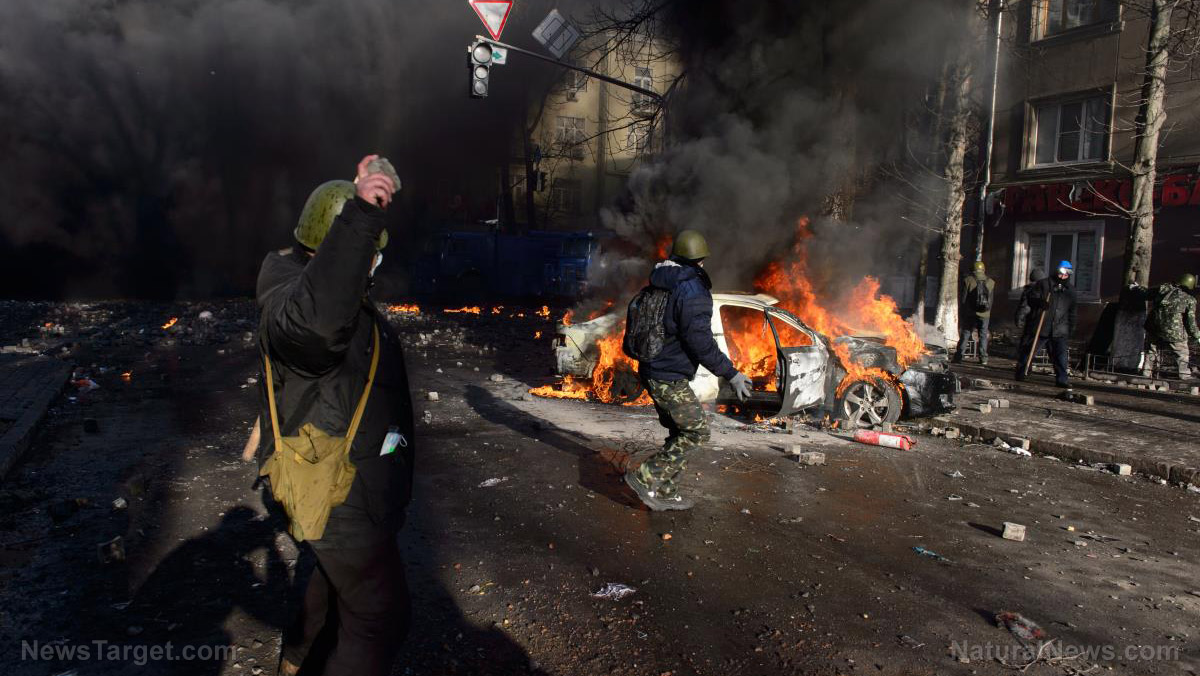 (Natural News) A small country in Northwestern Europe is under pressure to tackle climate change around the world. Wales is being pressured by the United Nations to cut climate warming gases by 100 percent. Climate scientists refer to this as a “net zero target.” In order to achieve this goal by 2045, Wales will have to put a moratorium on the construction of new ROADS!

That’s right: It might not be a world war or a nuclear bomb that destroys the industrialized world. The collapse of modern-day civilization could be completed by the leaders of each country, as they dismantle their country’s infrastructure step-by-step — all for the common cause of combating climate change. If countries want to achieve a “net zero target,” they will have to severely restrict their energy production, ban the construction of roads, stifling transportation and economic production. In other words, the climate change push is a suicide cult, driving societies to collapse.

The government of Wales is taking the climate change push seriously after receiving a report from the charity, Friends of the Earth Cymru (FOEC). The report warns that the ministers of Wales should cut climate warming gases by 100 percent long before 2045, or else the world could end. FOEC instructs the government of Wales to halt all investments in high carbon infrastructure, including new gas power plants, incinerators and ROADS.

FOEC instructs the government to ban all pensions for firms involved in coal, oil and gas. They also want to force all new homes to be free from fossil fuel energy. FOEC also wants to take away any subsidies for flights, pushing airline prices higher.

It’s all part of advancing the the UN International Paris Climate Agreement. Haf Elgar, FOEC director, warned, “We urgently need to set targets that are in line with the international Paris agreement so that we don’t go over 1.5 degrees of global warming.”

FOEC chastised the Welsh government’s current climate plan and said it is not consistent for a “globally responsible Wales.” The Welsh government has tried to appease the climate change alarmists in the past but apparently they aren’t doing enough to succumb to the economic, community and behavioral controls that these central planners want to impose over people’s lives.

Feeling guilty again, The Welsh government is now welcoming FOEC’s report, as they agree to radically control the lives of their people. In order to appease the central planners, the Welsh government has already committed to new economic controls. The Welsh Government is committed to reducing net emissions by 2050 at least 80% lower than the baseline (1990 or 1995) and has set interim emissions targets for 2020, 2030 and 2040. Every five years, the Welsh Government must set a maximum total amount for net Welsh emissions (a carbon budget) and must take into account international agreements to limit increases in global average temperatures.

In order to carry out the latest and most ambitious climate control plans, the Welsh government will have to close roads and allow for adequate green space to be provided within five minutes of walking distance of every home. All future construction of new roads must be halted because this contributes to the carbon footprint. Transportation will be strictly limited. As the infrastructure slowly collapses, the people of Wales will have to depend more on the government for their needs. A new tax will have to be collected to address the climate change plan as well, with a plan to allocate funds for the economic projects set forth by the UN governing body.

Learn more about the climate suicide cult at ClimateAlarmism.News.