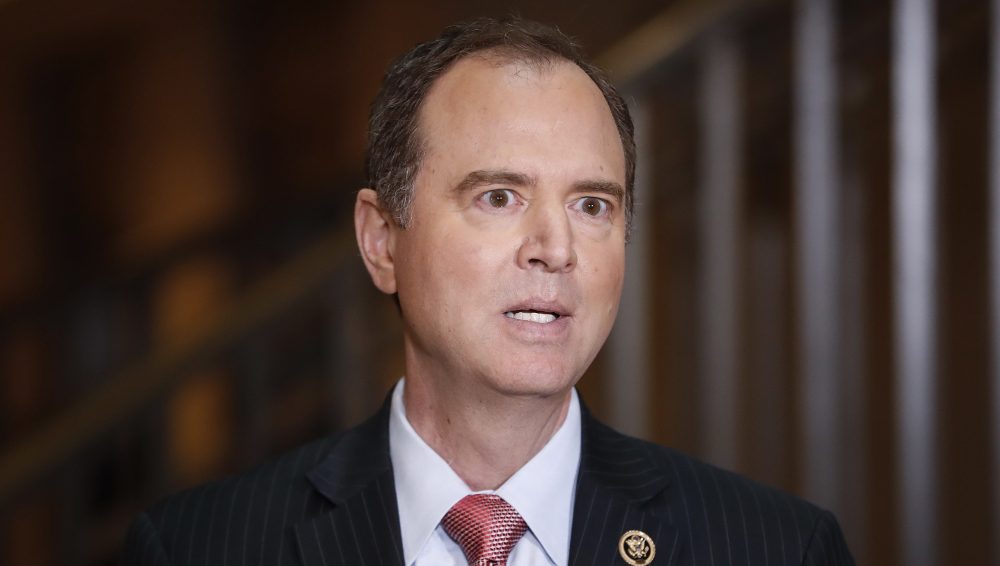 A spokesman for Rep. Adam Schiff’s House Permanent Select Committee on Intelligence denied any impropriety related to a trip taken by a staffer to Ukraine last month sponsored and organized by the Atlantic Council think tank.

The Atlantic Council is funded by and works in partnership with Burisma, the natural gas company at the center of allegations regarding Joe Biden and his son, Hunter Biden.

The Schiff staff member, Thomas Eager, is also currently a fellow at the Atlantic Council’s Eurasia Congressional Fellowship. Burisma in January 2017 signed a “cooperative agreement” with the Council to sponsor the organization’s Eurasia Center.

In a statement Schiff’s office denied that Eager is or has been doing work related to the so-called whistleblower’s complaint about President Donald Trump’s phone call with Ukrainian President Volodymyr Zelensky.

Schiff’s House Intelligence Committee reportedly reached a tentative agreement in recent days for the so-called whistleblower to testify. The issue has been at the forefront of the agenda for the House Permanent Select Committee on Intelligence.

This was a bipartisan, bicameral congressional staff trip that was planned months in advance by a well-respected think tank that has worked for nearly sixty years to enhance and strengthen the transatlantic alliance.

A committee staff member who is not part of the Committee’s investigative team applied for and was accepted into the program in January of this year, the culmination of which was a study trip to Ukraine. While in Ukraine, the staffer followed the program of the organizers and did not undertake any other work on behalf of the committee or take additional meetings.

Eager’s trip to Ukraine last month was part of the fellowship program and included nine other House employees. The bi-partisan visit, from August 24 to August 31, was billed as a “Ukraine Study Trip,” and culminated in a meeting with former Ukrainian President Petro Poroshenko.

The dates of the pre-planned trip are instructive. Eager’s visit to Ukraine sponsored by the Burisma-sponsored Atlantic Council began 12 days after the so-called whistleblower officially filed his August 12 complaint about Trump’s request for Ukrainian assistance in investigating possible corruption related to the Burisma company and Joe and Hunter Biden.