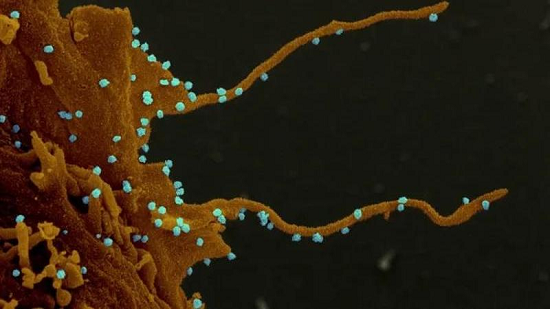 (Natural News) Believe it or not, respiratory viruses like rhinoviridae (the common cold) and coronaviridae (coronaviruses such as covid) do not transmit from person to person as is commonly believed.

Back in March, the UK Vaccine Taskforce funded a human challenge study for SARS-CoV-2, published in the journal Nature Medicine, that exposed unvaccinated participants to a “wild-type” version of the alleged covid virus intranasally. Out of 34 participants, only 18 of them, or 53 percent, developed what researchers described as “PCR-confirmed infection” – all with mild-to-moderate symptoms.

PCR testing, just to be clear, is not a valid way to detect viruses. As we reported late last year, PCR testing for the Fauci Flu is inherently fraudulent. So even those who tested “positive” may or may not have actually had COVID.

Whatever was sprayed into the participants’ noses, assuming it was the infamous COVID, clearly did not affect all of them. And even those it did affect made out just fine in the end.

Another study conducted back in 1984 exposed a small group of 14 volunteers, five of which were dubbed “donors” since they had been infected with rhinovirus as the selected “shedding agent.” The other nine were dubbed as “recipients.”

All of the volunteers were confined to a small room with no outside ventilation. They interacted, sang together, and played cards, all activities that based on common knowledge today should have resulted in the nine recipients becoming infected, right? It turns out that not a single one of them became infected.

Other similar experiments as part of the same study were conducted as well, including a 12-day evaluation in a sealed dormitory. Only a couple of recipients in those scenarios developed cold symptoms, however, it is important to note that researchers were never able to isolate any rhinovirus from the air. (Related: The covid “virus” has never been proven to exist.)

Prof. Carl Heneghan and Tom Jefferson conducted their own review into the transmission ability of influenza-like illnesses (ILI) based on these various studies and confirmed that it is next to impossible for someone to “catch” a respiratory illness from someone else – which means face masks and other mitigatory measures are useless.

“If you have followed these experiments and paid attention, just like the authors, you might conclude how difficult it is to transmit ILI experimentally, even in everyday work that includes close contact and touching,” the duo writes.

“These famous experiments are relevant to coronaviridae transmission. Although rhinoviridae and coronaviridae lock on cell membranes using different receptors … the only difference … seems to be the length of incubation and shedding.”

Heneghan, by the way, teaches evidence-based medicine at the University of Oxford. He is also the director of the Centre for Evidence-Based Medicine (CEBM) and regularly appears in the media.

Jefferson is a clinical epidemiologist and senior associate tutor at the University of Oxford. He and Heneghan together write articles for the “Trust the Evidence” Substack.

Their article about respiratory virus transmission is one part in a seven-part series entitled “The SARS-CoV-2 transmission riddle,” which unpacks how poor-quality and superficial science was used to basically destroy the world with the covid scamdemic.

“Is anyone really surprised by this research?” asked a reader in response to the revelation. “The whole pandemic was a farce.”

“A cold or ‘ILIs’ have not unequivocally been proven to exist or to be the cause of cold-like symptoms,” said another. “To believe otherwise is to solely rely on germ theory, ignoring all others.”