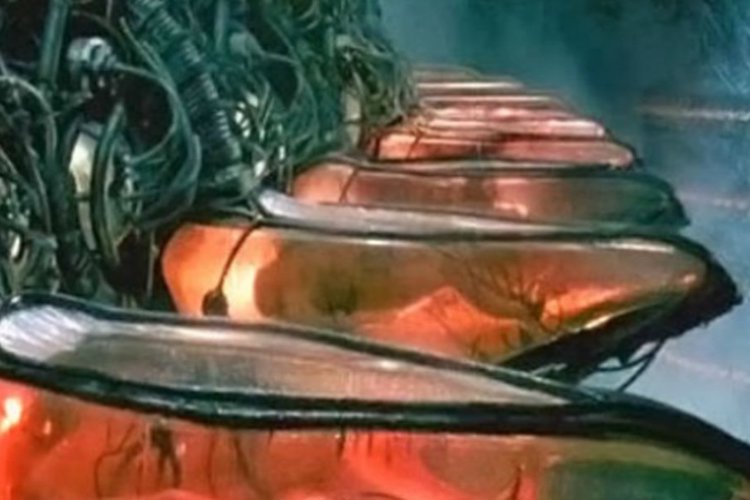 Editor: More scientists are playing God, while trying to recreate human birth with artificial wombs. Though the science is absolutely fascinating, one has to wonder how far this will go and what bizarre side effects may emerge. Is God happy about people of this earth trying to replace Him with science? Probably not. -Dean

The abortion debate is once again taking center stage in US politics, and the prospect of artificial wombs is slowly becoming a part of the conversation, as the technology is actually starting to become a reality. According to some experts in the field, we are just a decade away from this type of technology reaching the public.

Dr. Carlo Bulletti, associate professor at Yale University’s obstetrics, gynecology, and reproductive science department, has predicted that a fully functioning artificial womb could be used in the medical field in the next ten years.

Scientists call this Ectogenesis, which is an artificial pregnancy outside of the body. Numerous experiments have tested this process with animals and have been slowly advancing the success rates of the procedure. In the most notable of these experiments, a premature lamb was kept alive for weeks in an artificial womb. 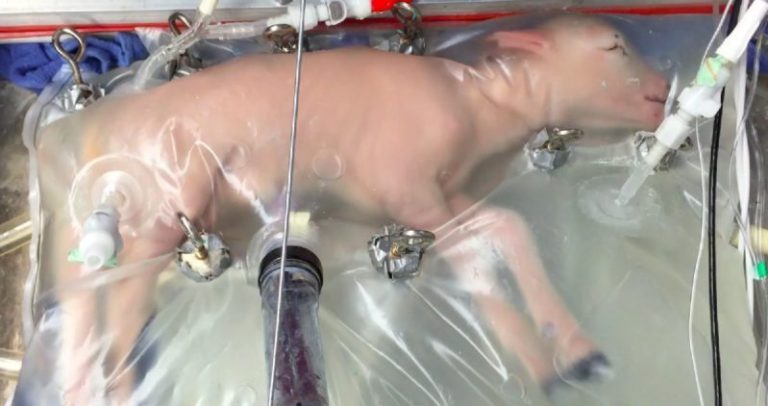 There are still concerns about how a pregnancy like this would impact the health and mental development of the baby, considering the importance of bonding, but many experts insist that artificial births are the future.

In a recent interview with Metro, Dr. Anna Smajdor, associate professor of practical philosophy at the University of Oslo, explained that bonding can happen mentally, but did not address whether or not this could cause developmental issues for the baby.

“Many arguments have been made about the necessity of gestation and childbirth for bonding. Although it may be true that the physical closeness between mother and baby facilitate bonding, it is certainly not true that it is necessary for bonding. If it were, fathers would have no claim to be bonded with their children. Not just this, but it is becoming increasingly clear that traumatic births actually impede maternal bonding, rather than the other way round,” Smajdor said.

“With developments in technology, increasingly, parents describe the moments of special bonding as being when they see the first scans. So this seems to imply that it is a visual connection that is regarded as being important rather than the physical one per se. Ectogenesis could actually facilitate this kind of visual bonding,” she added.

In an article for Wired, Tech writer Matt Chessen said that people in the future will find traditional pregnancy unappealing.

“Most future folk will find pregnancy – especially the delivery of an infant through a birth canal – messy and risky,’ technologist and author Matt Chessen wrote in Wired. ‘Creating a baby inside another human being is hazardous. The child’s health is dependent on the mother’s physical security as she navigates the world, and the fetus is susceptible to infections, poor nutrition, and other threats.” Chessen said.

Some researchers in the field have been even bolder than Bulletti with their predictions.

Last year, academic Elizabeth Chloe Romanis wrote in the BMJ’s Journal Of Medical Ethics that, “It seems probable that we are only several years away from testing on human subjects.”

Dr. Alan Flake, of the Children’s Hospital of Philadelphia, which carried out the most famous Ectogenesis experiment, believes that we could be just a year or two away from seeing this technology in FDA trials.

“We’re in the process of interacting with the [US Food And Drug Administration] FDA, so it’s not impossible that we could be doing a clinical trial one to two years from now,” Flake said.

This strange technology seems like something out of a dystopian film, but it could possibly provide a solution for women with health problems who still want to have children, and it could also make the abortion debate much more interesting in years to come. Although, even if there was an artificial way to continue a pregnancy outside of the body, this would not guarantee that there would be enough qualified parents to raise the children that resulted from all of these additional pregnancies.

John Vibes is an author and journalist who takes a special interest in the counter culture, and focuses solutions-oriented approaches to social problems. He is also a host of The Free Your Mind Conference and The Free Thought Project Podcast. Read More stories by John Vibes Follow on Twitter

**This article (Bayer’s Stock Has Lost 44% of Its Value Since They Bought Monsanto) was originally featured at TruthTheory and is posted here under creative commons.**