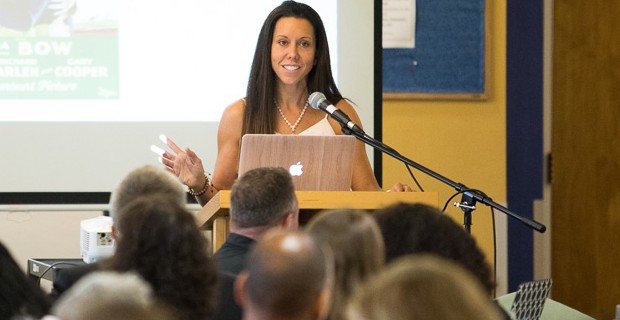 Screenwriter Tiffany FitzHenry has threatened to expose a top Hollywood media mogul later today with her own #MeToo story of sexual assault.

“It’s gonna be a bad day for a certain media mogul,” FitzHenry told Infowars, adding that she was very nervous about going public with the information.

“Will be telling my H’wood #MeToo story today, just making a few last minutes preparations. It’ll be within the next couple of hours and I’ll be doing it live on periscope,” she tweeted Wednesday.

In a previous tweet, FitzHenry remarked, “Hollywood couldn’t compromise me, despite YEARS of trying. It’s time for the world to know how it all works.”

She also vowed to say things “powerful people don’t want me to say” and revealed that she had taken precautions to protect herself in advance of the revelation.

The latest media mogul to come under the spotlight for sexual assault accusations is CBS boss Les Moonves. Six women allege that Moonves “forcibly touched or kissed them, while two others said the CEO physically intimidated them and threatened to ruin their careers.”

While many have welcomed the #MeToo movement, which began as a result of Harvey Weinstein’s serial harassment and sexual assault of women, some have questioned Hollywood’s incessant virtue signalling on the issue given that many of the same people vocally denouncing the sexual assault of women said nothing when they knew about the allegations against Weinstein years before they were made public.

Others have argued that #MeToo has snowballed into a hysterical moral panic to the point where all accusations are automatically believed with zero scrutiny whatsoever.