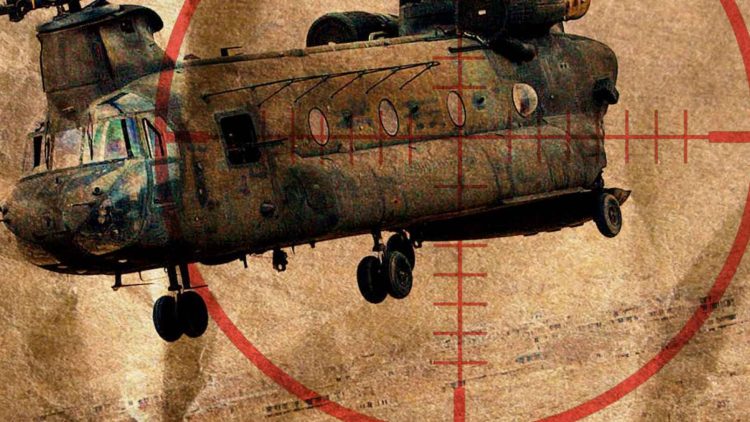 I’ve covered quite a bit on the story of the downing of Extortion 17, which was the largest loss of life in the Afghan War. However, in a series of interviews by Jamie Glazov of the Glazov Gang, CIA career operations officer and Vice President for Research & Analysis at the Center for Security Policy Clare Lopez breaks down how the usurper Barack Hussein Obama Soetoro Sobarkah betrayed SEAL Team Six, of whom many of the members of that team were aboard Extortion 17.

Part 3: John Bolton Out — and the Consequences.

Now, Lopez is correct about Obama’s betrayal of SEAL Team Six. Let’s mention that Joe Biden and former Defense Secretary Leon Panetta were both engaged in that betrayal also.

However, remember, Ms. Lopez was also engaged in the forming of the Afghan Constitution, and what was it based on? Sharia law.

As far as Osama bin Laden goes, I trust Steve Pieczenik more when it comes to bin Laden. Pieczenik worked with bin Laden in the 80’s in Afghanistan and is a medical doctor who claims that he saw bin Laden just prior to 9/11 and due to his assessment of bin Laden’s illness, believes that bin Laden actually died either prior to 9/11 or shortly after.

Lopez is right on the Muslim Brotherhood and the threat of Islam, but she seems to want to think there is a “good” Islam and a “radical” Islam. There isn’t.

I think it noteworthy though to at least hear her out on what she says and then compare it with what we know. Yes, Iran was involved in the 9/11 plot too, but so are indications that the Saudis were, and possibly even Israel. So, what were we doing in Afghanistan? What were we doing in Iraq? Why are we still in Afghanistan. Seems to me, the Russians learned the lesson a lot faster than we are willing to learn.

For more on Extortion 17: