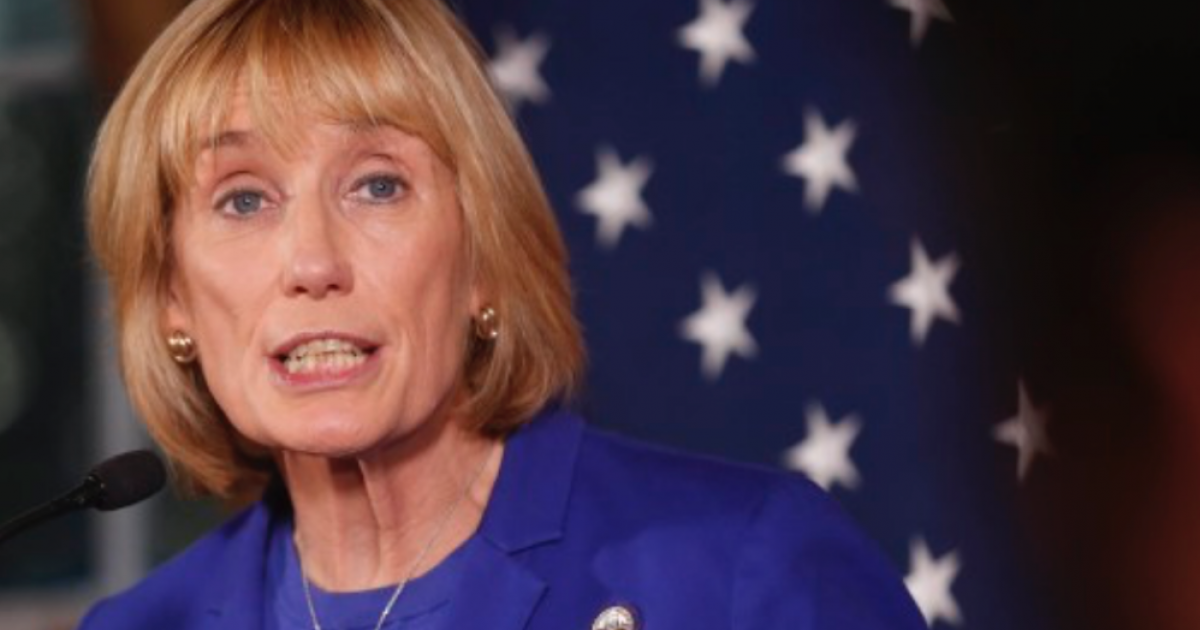 Another massive data-theft scheme in the Democrat party. This is now a pattern. Democrat IT spies doing the dirty work of the party of treason. Like the Muslim spy ring masters who gave secret intel to our enemies in Pakistan and other foreign actors who remain free and unpunished to this very day.

Feigning ignorance, these contemptuous traitors think we are as stupid as they are corrupt.

A former Senate IT aide to Sen. Maggie Hassan, Jackson Cosko, admitted he stole tens of thousands of documents, credit card numbers, Social Security numbers and the contents of the entire network drive from the New Hampshire Democrat.

In a plea deal, Cosko — whom Hassan fired for other misconduct before the theft — said he worked with an accomplice who helped him gain access and wiped his fingerprints.

A court case has been opened against Samantha DeForest-Davis, a former Hassan aide who a source with knowledge of the situation said is the alleged accomplice.

A second former aide to Sen. Maggie Hassan is implicated in former IT staffer Jackson Cosko’s massive data-theft scheme that was ultimately used to “intimidate” Republican senators by “doxxing” them during a confirmation hearing for Supreme Court Justice Brett Kavanaugh, prosecutors said.

Samantha G. DeForest-Davis, at the time a staff assistant to Hassan, was the aide who allegedly helped Cosko conduct his scheme, a source with knowledge of the situation told The Daily Caller News Foundation. Court records show a case naming her has been opened, and the source confirmed it relates to her alleged role in the data theft.

She filed an affidavit that can be used to assess her eligibility for a public defender, but she has not been charged with any crimes, court records show.

Cosko pleaded guilty April 5 to masterminding what prosecutors said was “an extraordinarily extensive data-theft scheme, copying entire network drives, sorting and organizing sensitive data, and exploring ways to use that data to his benefit.” He admitted to stealing tens of thousands of documents and emails from Hassan’s office, in addition to credit card information and Social Security numbers belonging to Senate employees.

The data also included a master list of senators’ private information that Cosko posted to Wikipedia out of “anger” at Republicans during the Supreme Court nomination hearings, prosecutors said.

The data was stolen from Hassan’s office in months of late-night burglaries between July and October 2018 after Cosko was fired that May for different misconduct that Hassan, a New Hampshire Democrat, has declined to explain, according to the statement.

Deforest-Davis — identified in court documents only as SUBJECT A — allegedly repeatedly provided Cosko a key that he used to enter the office at night and install tiny devices that capture every keystroke, including passwords which were then used to access further materials, according to the statement. After Cosko was caught in the act by a Hassan staffer in October 2018, the accomplice went to the office and wiped down keyboards and mice to erase any fingerprints, prosecutors said.

On Jan. 24, prosecutors said “the defendant is cooperating,” though they noted, “the government isn’t convinced that he is fully cooperative.” Six days before earlier, a case called USA vs. Deforest-Davis was opened in D.C. federal court.

Cosko was let out on bail the next month.

Deforest-Davis has not been charged with any crimes, but the court records show she filed a CJA 23 Financial Affidavit. Court records in unrelated cases show that a CJA 23 Financial Affidavit can serve two purposes: to establish whether someone facing or expecting to face charges qualifies for a public defender, and — since it is an outlining of one’s finances submitted under penalty of perjury — to prosecute the person for lying in order to hide money they had received.

DeForest-Davis did not respond to a request for comment.

DeForest-Davis was on Hassan’s payroll with a $43,000 salary at the time the incidents occurred, but is not any longer, Senate documents show. According to her LinkedIn profile, she began working for Hassan in August 2017 after graduating Augustana College in Illinois and serving a short stint as a fellow at the League of United Latin American Citizens (LULAC).

In 2015, she wrote on LULAC’s website: “Identifying as a half African-American and half Caucasian woman, many people questioned why I wanted to intern at LULAC for the summer … They thought I should be spending my time within my own demographic, serving my own people, and representing my own culture.”

Hassan is a member of the Senate Committee on Homeland Security and Government Affairs.

Cosko is the Bernie Sanders-supporting son of a millionaire with close ties to California politicians, TheDCNF previously reported. His father is the past head of the San Francisco Chamber of Commerce and is CEO of a company that constructed a building named after the husband of Sen. Dianne Feinstein.

The California senator is the top Democrat of the Judiciary Committee, which held the hearings regarding Kavanaugh’s nomination. Cosko once interned in Feinstein’s office.

Prosecutors said in earlier court filings that Cosko “expressed intention to commit more similar crimes while charges were pending.” But in December, his lawyer argued strenuously to get the slight-framed 27-year-old out of general population jail in D.C.

Court documents said Cosko feared that his “termination” by Hassan in May 2018 would stymie his career, but Democratic Rep. Sheila Jackson Lee of Texas hired him soon after. Her office has declined to explain whether it received a reference from Hassan’s office.

Working with the accomplice, he orchestrated a series of break-ins from July to October 2018, installing “keyloggers” that captured every keystroke on six Hassan computers and sorted information into folders such as one marked “high value,” prosecutors said.

The senators included Lindsay Graham of South Carolina, Orrin Hatch of Utah, Mike Lee of Utah, Mitch McConnell of Kentucky and — after he called for finding and punishing the suspect — Rand Paul of Kentucky.

On Oct. 2, Deforest-Davis allegedly “provided [Cosko] the keys knowing that [he] intended to unlawfully enter the Senator’s office that night,” prosecutors said. A Hassan ide who recognized Cosko as a fired staffer caught him there and Cosko fled and then emailed the witness “If you tell anyone I will leak it all. Emails signal conversations gmails. Senators children’s health information and socials,” the statement of fact shows.

The next morning, he met with the accomplice to return the key and asked her to “wipe down all of the computers, keyboards and computer mice, and to unplug the computers in Senator Hassan’s office,” according to the statement.

Deforest-Davis allegedly wiped off fingerprints but then another Hassan staffer, identified as WITNESS 3, entered the area. Deforest-Davis allegedly texted Cosko: “Hey So I was able to wipe down the keys and mouse but [witness] was coming so I could [not] do the other thing… sorry I couldn’t do everything,” according to the statement.

Among other crimes, Cosko pleaded guilty to obstruction of justice.