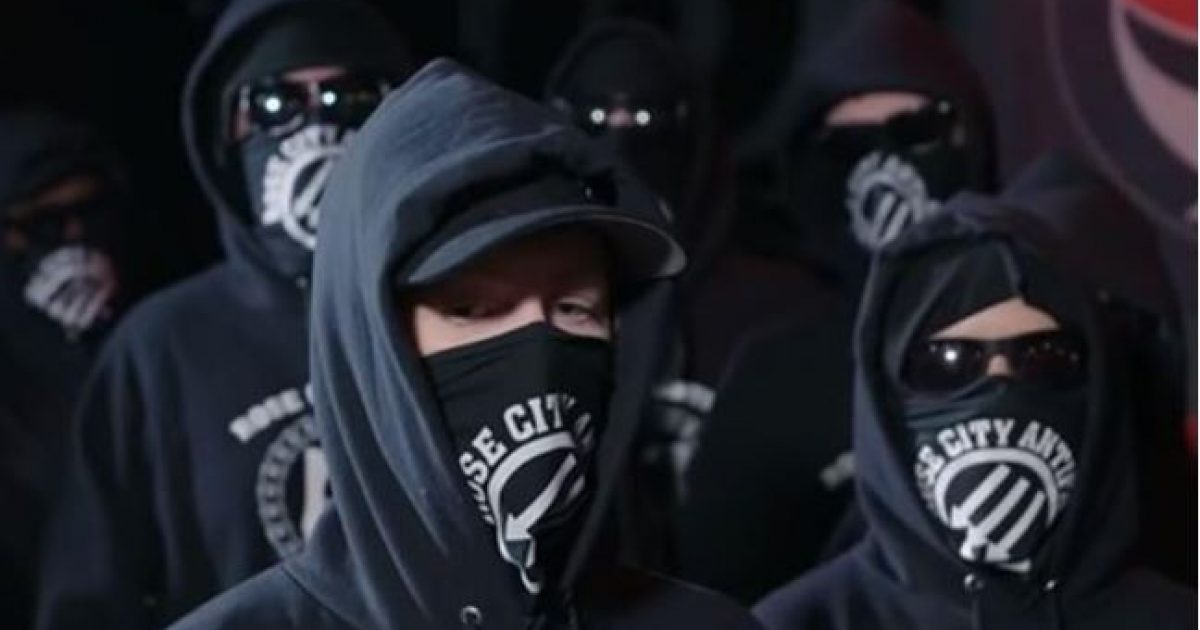 WASHINGTON–U.S. Senators Bill Cassidy, M.D. (R-LA) and Ted Cruz (R-TX) today introduced a resolution to the U.S. Senate condemning the violent acts carried out by members of Antifa and calling for the designation of the group as a domestic terrorist organization.

“Antifa are terrorists, violent masked bullies who ‘fight fascism’ with actual fascism, protected by Liberal privilege,” said Dr. Cassidy. “Bullies get their way until someone says no. Elected officials must have courage, not cowardice, to prevent terror.”

“Antifa is a terrorist organization composed of hateful, intolerant radicals who pursue their extreme agenda through aggressive violence,” said Senator Cruz. “Time and time again their actions have demonstrated that their central purpose is to inflict harm on those who oppose their views. Like any terrorist organization they choose to pursue their political ends through violence, fear and intimidation. They must be stopped. I am proud to introduce this resolution with Senator Cassidy to properly identify what Antifa are: domestic terrorists.”

Recently, Antifa took to the streets, cloaked in black masks, and engaged in violent demonstrations on the streets of Portland, Oregon. Journalist Andy Ngo was hospitalized, others seriously injured as well after being attacked by members of the group.

The full text of the resolution is below.

Title: Calling for the designation of Antifa as a domestic terrorist organization.

Whereas members of Antifa, because they believe that free speech is equivalent to violence, have used threats of violence in the pursuit of suppressing opposing political ideologies;

Whereas Antifa represents opposition to the democratic ideals of peaceful assembly and free speech for all;

Whereas members of Antifa have physically assaulted journalists and other individuals during protests and riots in Berkeley, California;

Whereas in February of 2018, journalist Andy Ngo was intimidated and threatened with violence by protestors affiliated with Antifa;

Whereas on June 29, 2019, while covering demonstrations in Portland, Oregon, journalist Andy Ngo was physically attacked by protestors affiliated with Antifa;

Whereas employees of the U.S. Immigration and Customs Enforcement (referred to in this preamble as “ICE”) were subjected to doxxing and violent threats after their social media profiles, phone numbers, and home addresses were posted on the Internet by left wing activists;

Whereas according to the Wall Street Journal, an ICE officer was followed by left wing activists and “confronted when he went to pick up his daughter from summer camp”, and another “had his name and photo plastered on flyers outside his home accusing him of being part of the ‘Gestapo’”;

Whereas the ICE office in southwest Portland, Oregon, was shut down for days due to threats and occupation by Antifa members;

Whereas Rose City Antifa, an Antifa group founded in 2007 in Portland, Oregon, explicitly rejects the authority of law enforcement officers in the United States, and Federal, State, and local governments, to protect free speech and stop acts of violence;

Whereas Rose City Antifa rejects the civil treatment of individuals the group labels as fascists, stating: “We can’t just argue against them; we have to prevent them from organizing by any means necessary.”; and

Whereas there is no place for violence in the discourse between people in the United States, or in any civil society, because the United States is a place where there is a diversity of ideas and opinions: Now, therefore, be it

Resolved, That the Senate—

(1) calls for the groups and organizations across the country who act under the banner of Antifa to be designated as domestic terrorist organizations;

(2) unequivocally condemns the violent actions of Antifa groups as unacceptable acts for anyone in the United States;

(3) expresses the need for the peaceful communication of varied ideas in the United States;

(5) calls upon the Federal Government to redouble its efforts, using all available and appropriate tools, to combat the spread of all forms of domestic terrorism, including White supremacist terrorism.

Like any terrorist organization they choose to pursue their political ends through violence, fear & intimidation. They must be stopped. I’m proud to introduce this resolution w @SenBillCassidy to properly identify what Antifa are: domestic terrorists. —> https://t.co/3qDDun7Tp3