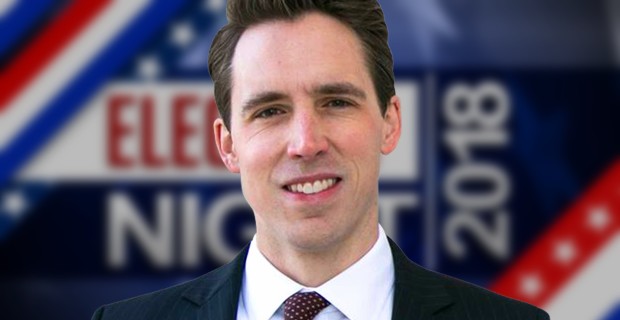 Silicon Valley giants who have abused their power to censor conservative opinions could be in for a rude awakening if Sen. Josh Hawley’s new bill is successful.

The legislation would strip the likes of Twitter and Facebook of legal immunity from what is posted on their websites, changing a key part of the Communications Decency Act.

Under Section 230 of the Act, social media companies are not liable for illegal content posted by individuals because they are treated as platforms, not publishers.

However, over the last few years a wave of censorship and algorithmic manipulation has confirmed that Facebook, Twitter and Google-owned YouTube are all behaving like platforms and should be treated as such under the law.

“With Section 230, tech companies get a sweetheart deal that no other industry enjoys: complete exemption from traditional publisher liability in exchange for providing a forum free of political censorship,” said Sen. Hawley, in a statement. “Unfortunately, and unsurprisingly, big tech has failed to hold up its end of the bargain.”

“There’s a growing list of evidence that shows big tech companies making editorial decisions to censor viewpoints they disagree with,” Hawley added. “Even worse, the entire process is shrouded in secrecy because these companies refuse to make their protocols public. This legislation simply states that if the tech giants want to keep their government-granted immunity, they must bring transparency and accountability to their editorial processes and prove that they don’t discriminate.”

Critics have complained that the bill would stifle the growth of start-up companies, but it does not apply to small and medium sized firms, only Big Tech.

This is a fantastic opportunity for lawmakers to reverse what has become the biggest election meddling tool in the book – political censorship of conservatives by Silicon Valley.