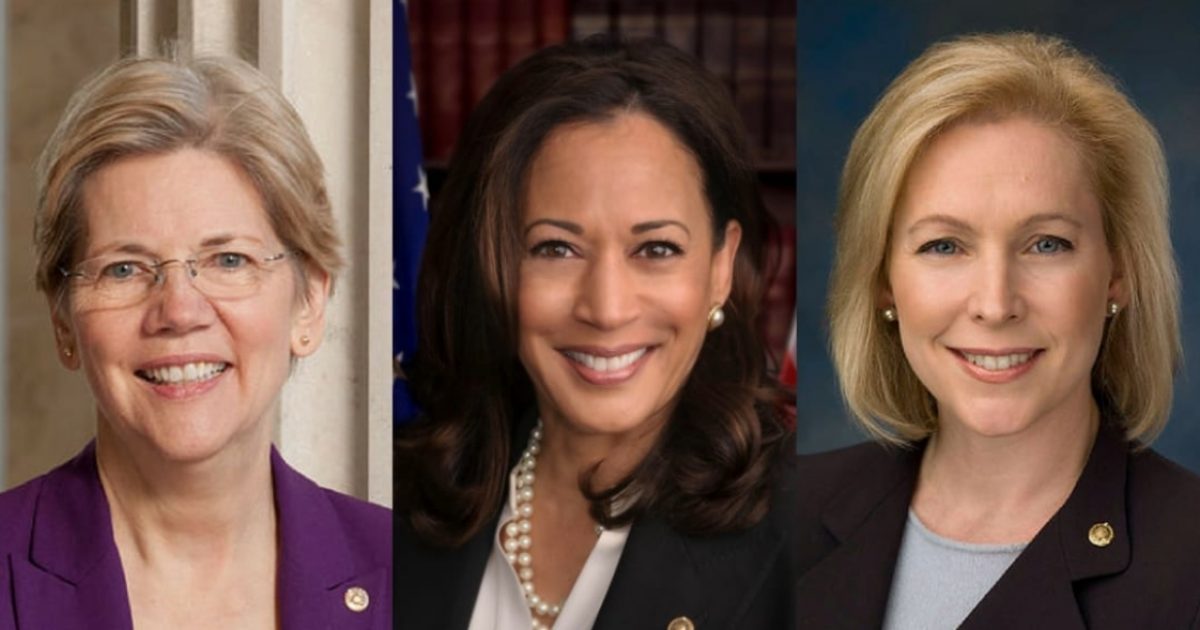 After signing the Declaration of Independence, John Adams wrote to his wife:

“I am well aware of the toil and blood and treasure, that it will cost us to maintain this Declaration … Yet through all the gloom, I can see the rays of ravishing light and glory. I can see that the end is more than worth all the means. And that POSTERITY will triumph in that day’s transaction, even although we should rue (regret) it, which I trust in God we shall not.”

When the Declaration of Independence refers to the unborn it speaks of those “Created with the right to life, liberty, and the pursuit of happiness.” Notice the term specifically used by our founders is created, not born. These words have extraordinarily different and distinctive meanings.

(Scroll the names of popular Senators that voted this way) Tragically over 40% of those serving in the Senate have willingly conspired to disregard the Constitution and profane their oath of office. All but three Democrats recently voted against a procedural motion on the Born-Alive Abortion Survivors Protection Act, denying it the necessary 60 votes to proceed.

The bill would require a health-care practitioner to “exercise the same degree of professional skill, care, and diligence to preserve the life and health of the child” as he or she would to “any other child born alive at the same gestational age.”

Several medical groups, including the American Public Health Association, also have publicly opposed the bill. In a recent letter to senators, they said: “It represents a dangerous government intrusion into private health-care decisions.”

While many of these Senators are screaming and decrying the so-called inhumane treatment of children at the southern border they believe like Senator Murray, that protecting the life of an infant child “has no place becoming law,” and that the legislation would “do nothing except help Republicans advance their goal of denying women their constitutionally protected rights.”

Who said anything about women? We are talking about the constitutional duty of you and your colleagues in the Senate to protect the fundamental right that precedes all human rights, Life.

The Declaration of Independence and the Fifth Amendment both declare that no created person shall be deprived of Life without due process of Law. Both founding documents declare this action as murder and illegal.

Nazi agents and soldiers murdered millions of defenseless Jewish women, children, and men. I often wonder why or how they could do this to another human being.

The answer is not very complex; however, it is satanic. The German soldier did not believe human beings of Jewish ethnicity were actually humans. They were like pests that had invaded their country; no different than a massive infestation of rats in one’s home.

Is that what Murray and her ilk feel about infants?

“The fate of UNBORN MILLIONS will now depend, under God, on the courage and conduct of this army … We have, therefore to resolve to conquer or die.”

It is the tragedy of our age that we have brought this current generation to the same crisis. What a detestable shame.

Jake MacAulay serves as the Chief Operating Officer of the Institute on the Constitution(IOTC), an educational outreach that presents the founders’ “American View” of law and government. IOTC has produced thousands of graduates in all 50 states with a full understanding of the Biblical principles on which America’s founding documents are based.

Jake is the former co-host of the syndicated talk show, The Sons of Liberty, an ordained minister and has spoken to audiences nation-wide, and has established the American Club, a constitutional study group in public and private schools.

Jake has been seen on Yahoo News, Fox News, The Blaze, AP, CBS, NBC, The Weekly Standard, and more…