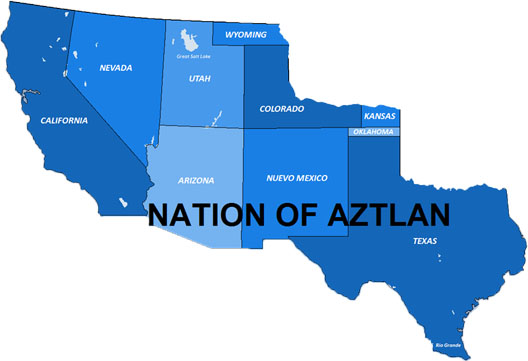 Opinion| It has been reported that Mexican President Andrés Manuel López Obrador is making “overtures toward the Trump administration in the wake of a threat by the White House to levy tariffs if Mexico doesn’t do something about illegal immigration.”

One senator from Mexico wants to deal with the matter by taking over American states.

“It’s very likely that Félix Salgado Macedonio probably wasn’t entirely serious when he took to Twitter on Saturday to propose taking back the territory the United States won in the Mexican-American War back in the 19th century. However, the rhetoric is not what anyone wants to hear — particularly after Macedonio personally insulted Trump even before he went all irredentist,” explains Conservative Tribune.

“Trump corn hairs, do not think we’re afraid of you,” Macedonio started off, a Google translation explains of his tweet. (“Pelos de elote,” or “corn hairs,” is a colloquial insult which translates to “unattractive hair.”

“Mexicans are in our territory (California, Nevada, Texas, Utah, New Mexico, Arizona, Kansas, Oklahoma, Colorado and Wyoming) We are going to recover our territory that was stolen,” he went on.

Then he paid homage to Obrador: “Viva AMLO, bastards!”

According to Conservative Tribune, “Lopez Obrador, however, is singing a much different tune. In fact, at a news conference on Saturday, the Mexican president said he was open to the idea of tightening illegal migration in order to avoid the cumulative tariffs the Trump administration is proposing.”

“The main thing is to inform about what we’re already doing on the migration issue, and if it’s necessary to reinforce these measures without violating human rights, we could be prepared to reach that deal,” Obrador stated, as reported by Reuters.

Yeah, good luck with that you filthy scumbag.