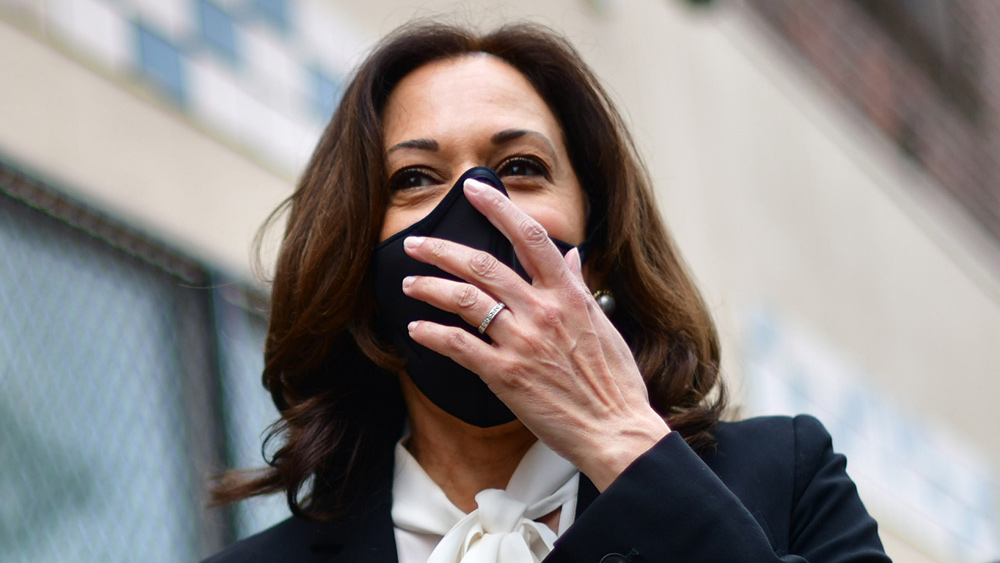 (Natural News) Standing in brave opposition to the political establishment on Wednesday, Rep. Lauren Boebert of Colorado blasted the Democrats for impeaching President Donald Trump over “political violence” at the Capitol when many of them, including Kamala Harris, helped bail out the left-wing rioters that destroyed America back in the summer in honor of George Floyd and Breonna Taylor.

Boebert asked Nancy Pelosi why her party felt that it was okay to encourage and normalize violence between the end of May through Jan. 5, only to switch the narrative on Jan. 6 following the false flag “siege” at the Capitol building.

“Where’s the accountability for the left after encouraging and normalizing violence?” Boebert stated. “Rather than helping American people in this time, we start impeachments that further divide our country. I call bull crap.”

Truth be told, the left’s goading of political violence extends back years, as all throughout the Obama years it was considered both acceptable and virtuous to destroy property, assault people, and engage in domestic terrorism to fight “systemic racism.” Now, it is suddenly not okay to protest a fraudulent election, as the Democrats apparently consider a mostly peaceful protest to be “insurrection.”

“The hypocrisy is disgusting,” tweeted a Trump supporter named David Leatherwood. “Democrat leaders have been inciting, enabling, and applauding political violence for (at least) the past four years. Don’t apologize to these people, they are absolute monsters.”

To keep up with the latest news about hypocritical Democrats and their newfound concern for the enforcement of “law and order” – but only when Republicans get “out of line” – be sure to check out Trump.news.

Imagine the outrage if Republicans set up a bailout fund for the Capitol protesters?

Back when Kamala Harris and her allies announced the establishment of bail funds for Black Lives Matter (BLM) and Antifa rioters, the mainstream media called her “brave” and “bold.” Now, we can only imagine what the response would be if Republicans set up a bailout fund for the Capitol protesters.

Not only did Harris set up a bail fund for leftist agitators, she also called for more protest violence to end the type of “racism” that leads to criminals like George Floyd, who actually died from a fentanyl overdose, getting arrested for criminal behavior.

Harris also called for supporters of a child rapist to post bail so he could get back out on the streets to engage in even more pedophilia – so stunning and brave!

Meanwhile, the left is honed in on persecuting anyone who was spotted in our nation’s capital on Jan. 6, regardless of whether they actually invaded the Capitol building or not. Merely supporting President Trump while opposing fraudulent elections is now considered by the left to be “treason.”

Rep. Kat Cammack, another member of Congress who voiced opposition to Trump’s second impeachment, tweeted that if only Pelosi had cared as much about helping struggling Americans as she does about punishing the president for trying to salvage free and fair elections, then the country would not have had to wait six months for a piddly $600 “relief” check from the Treasury.

“Democrats have had articles of impeachment pre-written for every possible situation,” wrote one Twitter user in response to Cammack’s tweet.

“She doesn’t care about the people that put her there,” wrote another about Pelosi. “She is driven by vengeance and she thinks she is bigger than life. Power got to her head. At 80 years old you would expect someone to be wiser and more compassionate. God only knows when you get older you need to reflect.”

“Was $600 and ‘at least we got rid of Trump’ enough to pay everyone’s rent?” joked yet another.