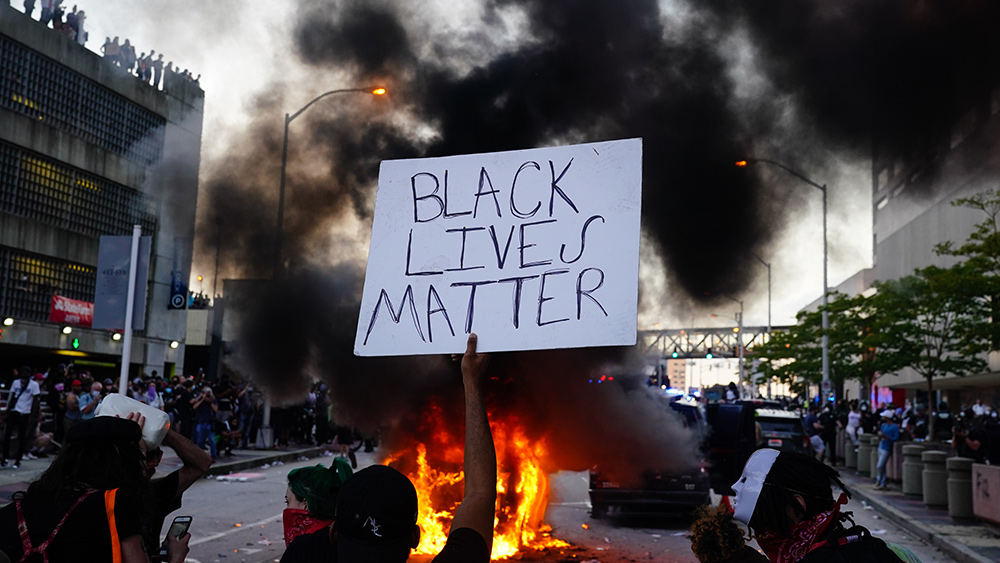 (Natural News) When Breonna Taylor died on March 13, Black Lives Matter (BLM) “protesters” were quick to portray her as an innocent victim. New photos, however, not only show that she was often in the presence of dangerous people, but that she was also fond of guns and was possibly a drug dealer herself, like her boyfriend Kenneth Walker.

On Wednesday, Oct. 7, the Louisville Metro Police Department (LMPD) released the contents of its internal investigation on the death of Taylor. Included in this document were photos of her brandishing guns and text messages suggesting that Walker sold drugs.

The files cover over 4,000-pages worth of documents including “investigative reports, interview summaries and evidence reports,” as well as 251 videos and hundreds of photos.

Taylor’s death amid the gunfire between Walker and the police officers led to protests throughout the country. The document dump follows a contested grand jury ruling where no officers were directly charged in Taylor’s death.

Walker was a licensed gun owner and he can legally carry in Kentucky. However, he wasn’t named in the search warrant used to enter Taylor’s home.

Additionally, Walker wasn’t a target in the drug investigation of Taylor’s ex-boyfriend, Jamarcus Glover, that led to the raid on her apartment.

Taylor and Walker, “partners in crime”

A photo retrieved from Walker’s phone showed Taylor posing with him. The latter can be seen holding a silver and black Glock 9mm similar to the one he used to fire on police during the raid. Walker also brandished a “pistol-style” Springfield Saint AR-15. The photo was captioned “Partners in crime,” with a cartoon image of a pair of handcuffs.

Text messages reveal that Walker purchased the Glock from a “white boy.” The gun wasn’t registered to him, but he acquired a bill of sale. In another text message to Walker, Taylor sent an image of herself posing with the AR-15. (Related: Know the facts and think for yourself: Who is Breonna Taylor?)

Other messages on the phone included conversations with over two dozen apparent customers, starting from the fall of 2019 to March 2020, just before the raid on Taylor’s home. According to the documents, in one group chat, Walker talked about robbing someone. He even asked how much “bread” the target had, to which someone said the target had at least $25,000.

Another person in the group chat asked if this was an easy target, with Walker claiming that he “does his homework on every mission.”

Walker claims he fired in fear of Taylor’s ex

According to Walker, he and Taylor were “scared to the death” when they heard banging on the door. He claimed that they believed that it was Glover, Taylor’s drug-dealing ex-boyfriend.

More importantly, Walker claimed that he only heard knocking and never head the police identify themselves. He said that this is why he opened fire as their door was breached — he feared that Glover was attacking the apartment.

As a result of Walker opening fire, the officers fired back, unfortunately killing Taylor.

In an interview, Walker insisted that the officers didn’t identify themselves as police. In addition, he also said that while he was a licensed carrier, he had never fired his gun “outside of a range.”

The interview was included in the hundreds of files released by the LMPD on its investigation into Taylor’s death Wednesday. The files’ release came about a week after hours of audio, often kept confidential during grand jury proceedings, were released by Kentucky Attorney General Daniel Cameron.

Louisville Mayor Greg Fischer added that most of the information in the files was included in the records from the grand jury proceedings. The files included officers’ body camera videos, audio and video files of interviews, crime scene unit reports and search warrants.

Other items were redacted, blurred, or withheld for privacy or legal reasons. Officers noted that photos and videos of Taylor’s body were blurred out of respect.

As Walker fired on the police first, Cameron ruled that the officers were justified in returning fire even if Taylor was accidentally killed in the crossfire.

In an interview, Cameron said that he stood by his decision and that he “was being unfairly attacked by the left because he is a black Republican.”

Cameron added that as a black Republican, it was his duty to “stand up for truth and justice” and to not give in “to a mob mentality.” He said that he was used to these baseless claims as he had been hearing them since he was in college.

While he says that the attacks don’t hurt him, Cameron pointed out that the attacks reveal “the type of intolerance and the hypocrisy… people preach about being tolerant.” He concluded that this is most obvious from the left, particularly those who urge others to be tolerant “but what you saw there is inconsistent with tolerance.”

For more on the Breonna Taylor case and other incidents fueling the BLM riots, follow Rioting.news.