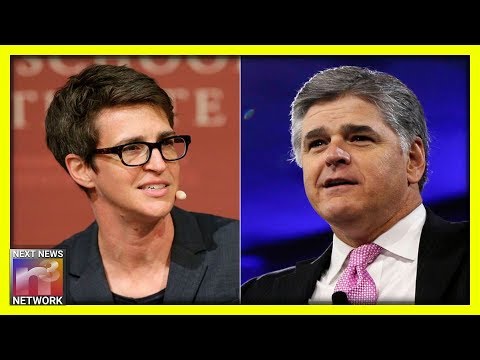 Fox News has been America’s choice for cable news for a long time. They just topped both CNN and MSNBC for the 70th straight quarter. That’s 17 1/2 years!

Today’s Next News Video features the non-existent ratings war between Fox News and all of the rest.

Here are some of the key points from Brian Flood at Fox News:

Fox News has been the most-watched cable news network for 70 consecutive quarters after finishing the second quarter of 2019 ahead of MSNBC and struggling CNN in both total day and primetime viewers — as Sean Hannity crushed Rachel Maddow’s show in the 9 p.m. ET hour.

Fox News averaged 2.4 million primetime viewers to rank as the most-watched network in all of basic cable from 8-11 p.m. ET.

The lowly CNN finished fifteenth, averaging only 761,000 primetime viewers and finishing behind channels such as Discovery and the Food Network.

Fox News was the only basic cable network to average more than one million total-day viewers, finishing with 1.3 million to win the category for the 12th straight quarter. MSNBC finished second with 900,000, followed by HGTV, Nickelodeon and Investigation Discovery. CNN averaged only 525,000 to finish eighth overall.

“Hannity” finished the quarter as the most-watched show in cable news, averaging 3.2 million viewers, while Maddow averaged 2.5 million to finish in third place.

“Tucker Carlson Tonight” finished in second with 2.8 million viewers. “The Ingraham Angle” and “The Five” rounded out the top five.

“Hannity” also finished atop the key demo, averaging 505,000 viewers between the ages 25-54, while “Maddow” was MSNBC’s most-watched show in the category, averaging 396,000. Fox News had eight of the 10 most-watched show in the demo, while CNN didn’t have any programs among the top ten. In fact, CNN’s “Cuomo Prime Time” had its lowest-rated quarter ever in both categories.

Read it all at Fox…

Has anyone ever wondered how in the hell we ever, as conservatives, lose an election?

Hardcore lib outlets like CNN are on life support and they still want us to believe that Hillary Clinton got more popular votes in 2016 than Donald Trump.

Even if you count the dead and illegal voters, there is no way that happened. Look at the crowds that come to see Trump. You can not trust the American main stream media.

There are far less liberals than these outlets claim.

The liberal cause is failing so badly that they can’t even win by cheating.