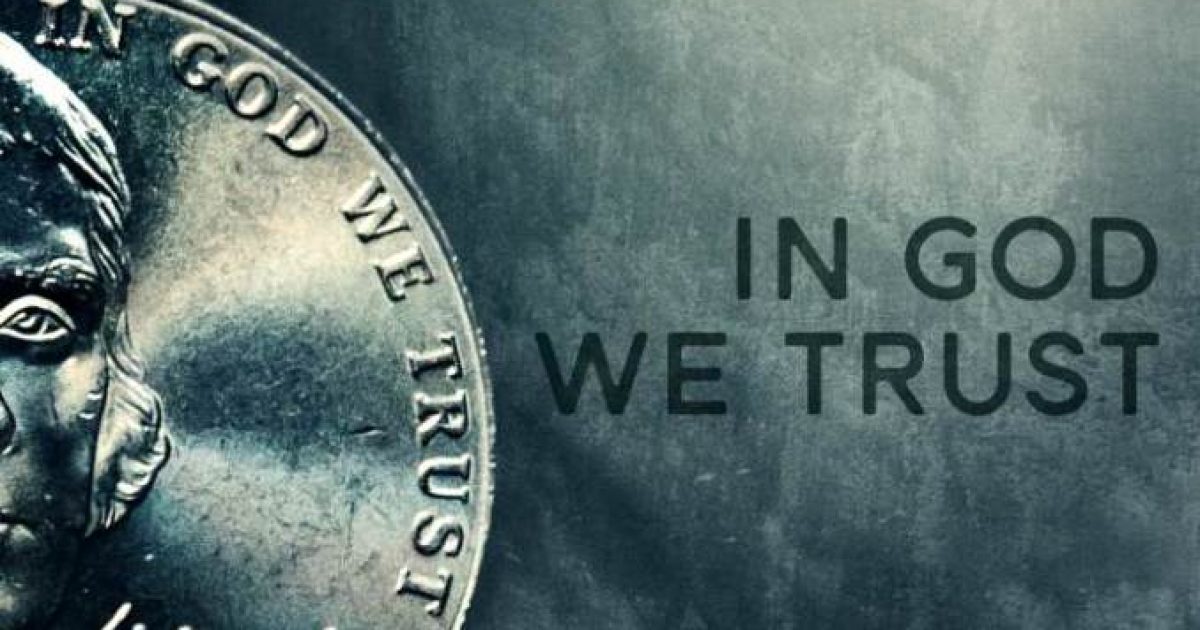 On July 30, 1956, President Dwight Eisenhower signed legislation establishing, “In God We Trust,” as America’s national motto in 36 US Code 302.

According to Fox News, public school officials in Alabama are looking to put God back into their schools through displays of the national motto.

Although this legislation is perfectly realistic, practical, and indisputable, there are some in our country like the obscure Wisconsin-based Freedom From Religion Foundation (FFR) who feel, “It’s a tsunami of Christian national laws in our country right now…With the Republicans in charge of Congress and so many of these states, we are seeing a constant push for theocracy.”

This of course is absurd. A theocratic government, as so many Islamic nations mimic, forces conversion to their religion. While American Government can most definitely enforce the moral conduct laws that God has clearly defined – because God is the Author of Law – Government cannot take from a non-religious man the rights that Nature’s God has granted so long as his behavior stays in line with the Laws of Nature and Nature’s God. When a man breaks a moral law, he forfeits the liberty that law protects.

There are many reasons that America has long been seen as such an exceptional nation — but those reasons are tied to the religious beliefs and the moral principles of the people that established America.

In his Farewell Address, George Washington believed it was appropriate to recognize these religious beliefs and moral principles, claiming:

“Of all the dispositions and habits which lead to political prosperity, religion and morality are indispensable supports. In vain would that man claim the tribute of patriotism who should labor to subvert these great pillars of human happiness, these firmest props of the duties of man and citizens.”

Please understand, while the purpose of Government is not to make a man a Christian, it is to penalize by statute and justice those who seek to inflict violence upon the liberties God has given to man. Government, like a schoolmaster, is to guide a man to the love of the God who gave rights, and who jealously guards those rights with an impenetrable wall of Law.

Government exalts Law because it was given authority from God, and it (government) is a servant of God that will benefit mankind. If Government were to separate itself from the God who ordained it, it will corrupt, for no man has another man’s interest in mind without the moral constraints given by the God who redeemed mankind.

Jake MacAulay serves as the Chief Operating Officer of the Institute on the Constitution (IOTC), an educational outreach that presents the founders’ “American View” of law and government. IOTC has produced thousands of graduates in all 50 states with a full understanding of the Biblical principles on which America’s founding documents are based. Jake is the former co-host of the syndicated talk show, The Sons of Liberty, an ordained minister and has spoken to audiences nation-wide, and has established the American Club, a constitutional study group in public and private schools. Jake has been seen on Yahoo News, Fox News, The Blaze, AP, CBS, NBC, The Weekly Standard, and more…