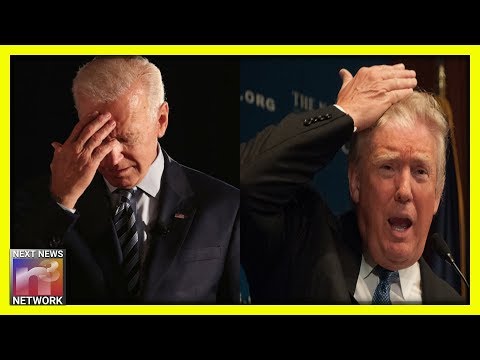 Biden and the Dems are counting heavily on illegal alien votes in 2020.

They bank so much on the people who are ineligible to vote, that they teach those people how to cheat the system (see above link) and cater their message to them.

The Daily Caller has more…

Biden said during a 2020 election forum with Vice News that if he wins the presidency he will issue an executive order that only allows ICE agents to deport individuals who have committed felonies — “and I don’t consider drunk driving a felony,” Biden clarified.

“I would hold ICE agents accountable if in fact they stepped over my executive orders, which is no arrest of any kind outside of the schools,” Biden said. “You know, look at the — one of the things that’s happening is, particularly for the latino and hispanic kids, is the incredible pressure on them in terms of their sense of security.” (RELATED: Democrat Pushing To Abolish ICE Won’t Say Whether Illegals Should Be Deported For DUIs)

“You change the culture by saying, ‘you’re gonna get fired.’ ‘You’re fired,’ if in fact you do that,” the Democratic presidential candidate explained. “You only arrest for the purpose of dealing with a felony that’s committed, and I don’t consider drunk driving as a felony.”

10,497 people died in drunk driving related car accidents in 2016, according to the Center for Disease Control, which accounts for 28% of all traffic-related deaths in the U.S. States issue a variety of different penalties for drunk driving, ranging from fines to jail time to license suspension.

There have been multiple high-profile incidents in the U.S. in which illegal aliens have killed citizens while drunk driving. In February 2018 a toddler was killed when an illegal alien drunkenly crashed his car into an ambulance, while another illegal alien who had been deported twice.

Drunk driving is a big deal but I don’t think illegals are any more likely to drive drunk than Nancy Pelosi.

They have been caught doing worse, and again that is not meant to minimize drunk driving.