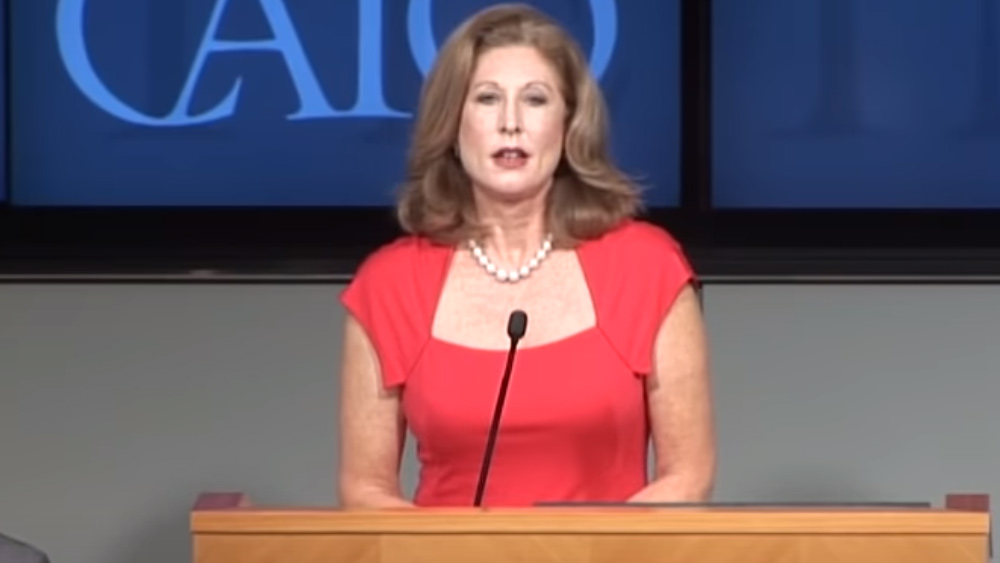 (Natural News) While the jerks in the ‘mainstream media’ have dismissed every claim of vote fraud in the 2020 election, real journalists have been tracking it now for weeks.

And the person many of us are most focused on is attorney Sidney Powell.

A former federal prosecutor who once blew the whistle on Justice Department corruption, Powell has been relentless in pursuing allegations of vote fraud, outright vote theft and the altering of votes via compromised electronic balloting machines (and you can donate to her effort by clicking this link).

Her objective isn’t to be famous, it’s to protect our republic from the charlatans, political hacks, fraudsters and the deep state — the very same people President Donald Trump swore an oath to root out of government.

It’s why they hate him so much, as a last resort, they have stolen an election to finally drive him out of office. But don’t take our word for it; take Powell’s word.

In a massive legal filing in Georgia, Powell makes some 30 claims of vote fraud including:

— The software that was used by Dominion voting machines in several key battleground states was accessed by operatives in China and Iran “in order to monitor and manipulate elections,” including this year’s contests.

“By using servers and employees connected with rogue actors and hostile foreign influences combined with numerous easily discoverable leaked credentials, Dominion neglectfully allowed foreign adversaries to access data and intentionally provided access to their infrastructure in order to monitor and manipulate elections, including the most recent one in 2020,” says the suit. (Related: Bombshell study reveals that mainstream media suppression of eight key issues led to Biden victories in key battleground states.)

— A witness claimed in a sworn affidavit that the software used by Dominion was actually designed for the Venezuelan government for the sole purpose of stealing elections.

— Voting tallies in the Dominion machines can be altered by inputting a malicious code with just “7 minutes alone with [the voting machine] and a screwdriver,” according to Andrew Appel, Princeton professor of computer science and election security expert.

— Ballots can be spoiled by the machine because the “marking printer is in the same paper path as the mechanism to deposit marked ballots into an attached ballot box,” according to a University of California-Berkeley study.

— Because the machines are improperly or illegally connected to the internet, they are subject to hacking and manipulation. “There is evidence of remote access and remote troubleshooting, which presents a grave security implication,” affiant Hari Hursti, a Finnish computer programmer and election security expert, testified.

— Hursti also says that the voting machines’ activity logs can be overwritten, meaning hackers can both alter results and then erase their steps.

— Experts who have reviewed Dominion’s own machine operating manuals have said they instruct operators on how to change settings to exclude certain ballots from being counted.

— In one Georgia country, 3,300 votes were discovered on USB flash drives that were never loaded into the central vote tally system.

— According to Williams Briggs, a statistician and former Cornell Medical School professor, an analysis found that between 31,559 and 38,886 absentee ballots were returned by GOP voters but never tallied.

— A hand recount of the election ballots by state officials was a scam because there was no meaningful observation allowed.

— Several observers testified that votes for President Trump were placed during the recount into piles for Democratic challenger Joe Biden.

— Some ballots from trays for Libertarian Party candidate Jo Jorgensen as well as “No Vote” trays were placed in the Biden tray, according to one eyewitness.

— Many batches were for Biden 100 percent.

The suit seeks these remedies, via The Epoch Times:

Keep up with all of the fast-breaking news regarding the deep state’s theft of the 2020 elections at VoteFraud.news.